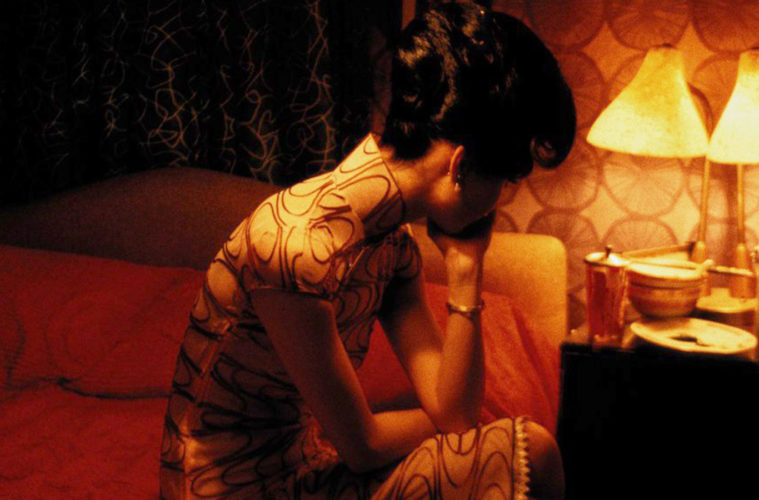 A few months ago we got the spectacular news that, after years of developing the script, Wong Kar-wai is finally gearing up to shoot his next film. Based on Jin Yucheng’s 2013 novel, Blossoms follows three Shanghai residents from the early ’60s, at the end of China’s Cultural Revolution and through the ’90s, with a selection of scenes being shot in San Francisco. It’s not the only reason for anticipation when it comes to the evocative work of the Hong Kong director as, after a few rumblings, he’s now confirmed that all of his films are undergoing restorations.

As reported by Filmmaker Magazine at the Hawaii International Film Festival, where the director appeared, his studio Jet Tone Films are completing 4K restorations of all of his films with a theatrical tour in 2020 in mind, timed with the 20th anniversary of his masterpiece In the Mood for Love. It also seems that those who have been clamoring for a re-issue of the out-of-print Chungking Express will get more than desired. Janus Films and the Criterion Collection hold U.S. rights to these restorations, so we can hope that means an exquisite Bergman-esque box set is around the corner–perhaps after an Abbas Kiarostami one, following his forthcoming touring restrospective.

“We’ve been working on these restorations for a long time,” the director tells Filmmaker. “Next year is the 20th anniversary of In the Mood For Love, and around the world there will be retrospectives and reissues of the film, along with the other films. A few years ago I watched my film somewhere, looked at the monitor, and said, ‘Why does it look so messy?’ They said, ‘Now we are used to 4K projections, so you have to upgrade it, otherwise you will have those kind of feelings.’ We have been working on it. Last year in Lyon, we showed the restored films in front of 5000[-person] audiences, and it looked very, very good. The problem is that it’s like opening a Pandora’s box, because you will never never feel like it is good enough. You say, ‘It looked better before,’ or ‘The color is not right,’ etc. It brings up a lot of pains.”

He also opened up a bit about his upcoming film, saying “I think the Chinese-American experience has a lot of connections and inference with what’s becoming modern China now. It’s a very interesting history and experience that hasn’t been addressed properly, and I think that would be something that would be very interesting to do.” He continued, “The reason that I’m attached to this material is first I was born in Shanghai. I went to Hong Kong when I was five, and the period described in this novel is basically my absence. I finally went back to Shanghai very often after the 1990s, because we have to work there. But I think that to make a film about this novel is to fill up my absence, so that I can imagine it and also give my audience a piece of a puzzle. In the Mood for Love and 2046 are set in Hong Kong, but the characters came from Shanghai. Blossoms is the missing piece of the Shanghai trilogy.”

Be sure to read the full article here and as we await his new film and the restorations, watch Barry Jenkins’s discussion of Wong Kar-wai’s work below.

For more, we revisited all of Wong Kar-wai’s films here.