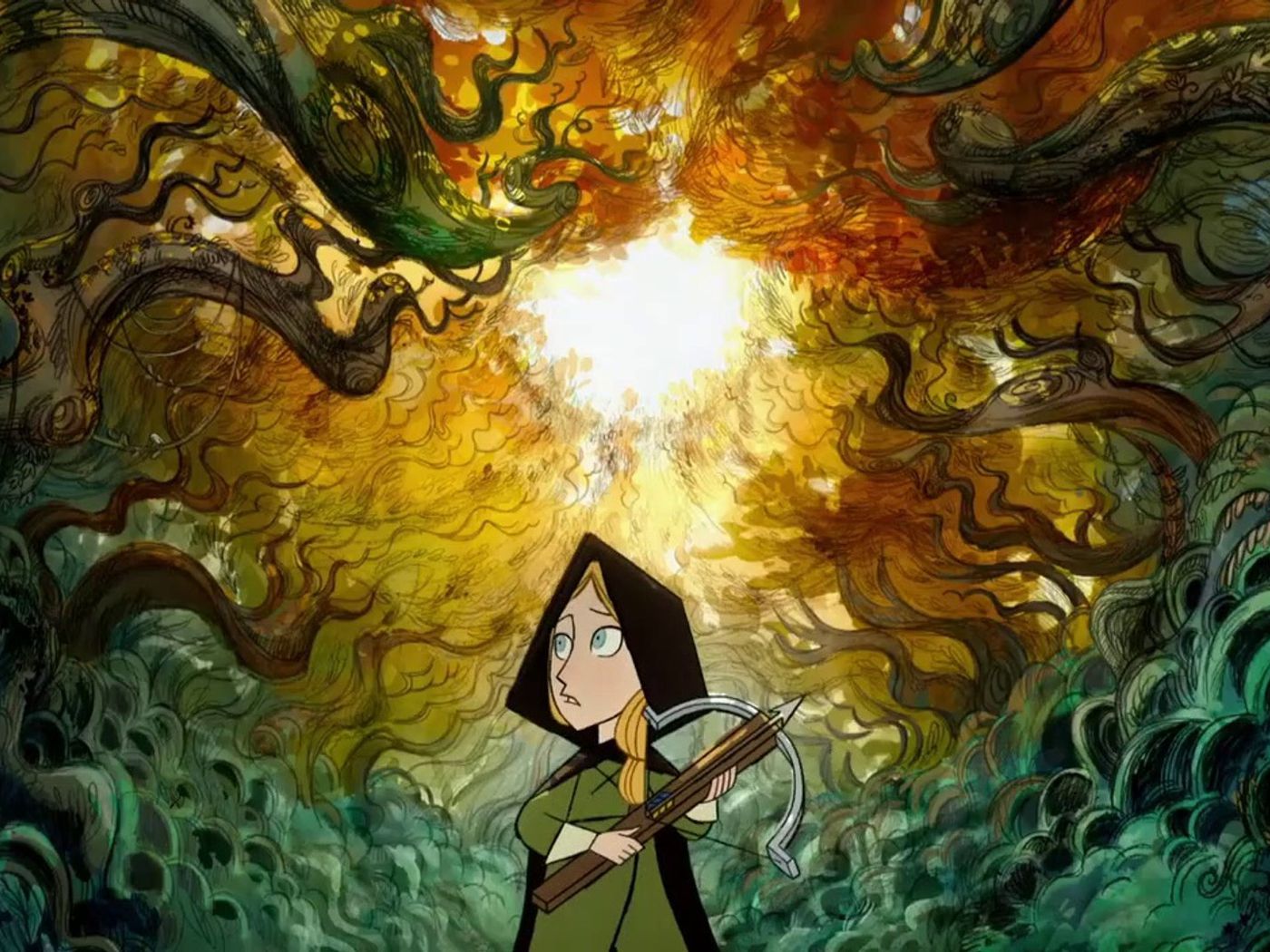 Slowly but surely, Apple TV+ is building an impressive slate of feature films, from Boys State to On the Rocks to their forthcoming December release Wolfwalkers. The lattermost comes from directors Tomm Moore and Ross Stewart and the production company Cartoon Saloon, following up The Secret of Kells and Song of the Sea. A recent premiere at TIFF, the fantasy tale utilizes a unique style of 2D animation, which can now be previewed in the new trailer.

Jared Mobarak said in our TIFF review, “What follows is a gorgeous journey towards compassionate enlightenment on behalf of a people seeking the same for themselves. And just like Moore’s previous films The Secret of Kells and Song of the Sea, a consistently mesmerizing Celtic flavor is imbued into the animation, music, and story. He and Stewart leave in sketch lines, misalign color fields from heavy outlines, and provide a uniquely electric energy to the whole that computer animation can’t quite replicate. And the way in which they keep foreground and background in frame with an unorthodox combination of vantage points positioned upon a wave of land folding in on itself (we see characters moving in profile on the horizon beneath a sky filled by an overhead view of the distant town) is magical.”