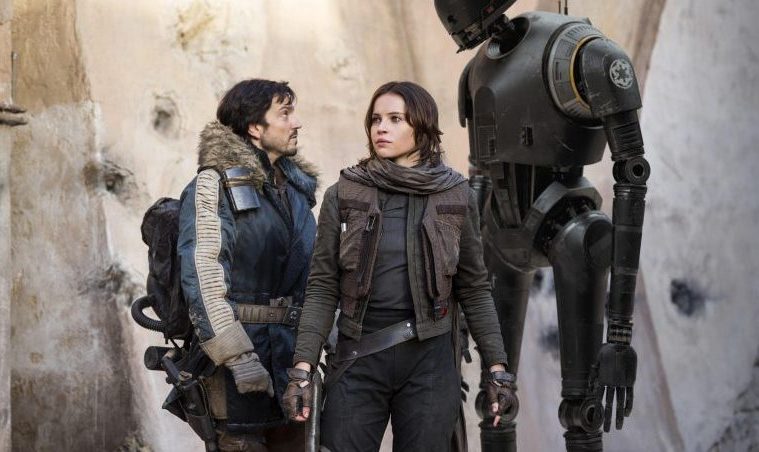 “What a high-profile film allows, I think, is to get the R&D going. A perfect example is: the marriage of the lenses and the camera we did on Rogue One was a beautiful Panavision lens and beautiful ARRI cameras. They married. They may not have been able to marry if it was a small production,” Rogue One: A Star Wars Story cinematographer Greig Fraser recently told us. With the sci-fi adventure now arriving in just over two weeks, we have word on where one will be able to have the ultimate viewing experience: 70mm IMAX in 2D.

As he mentioned, Fraser utilized both the Arri Alexa 65 large-format cameras and Ultra Panavision 70 lenses, which Quentin Tarantino resurrected for last year’s The Hateful Eight. As of now, only 13 theaters across the United States and Canada will be screening the film in this ideal experience, plus two in London. For readers near our homebase, unfortunately there’s nothing in New York City, so start planning your road trip now. With tickets now on sale, check out the list below via IMAX and see a new trailer and TV spot, as well as posters that AMC IMAXs will be giving out on 12/18, 12/25, and 1/1.