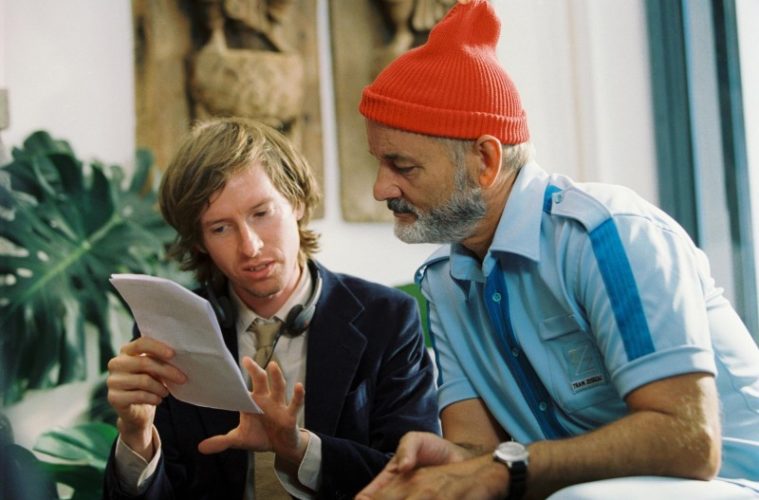 Wes Anderson is deep into production on his next feature, the new stop-motion Isle of Dogs, and while this extended animation process means we won’t see the results for at least another year-plus, it has also freed him up to other opportunities. Following a Christmas advert, he’s now participated in an extensive, one-hour masterclass while at Arte Cinema. With it being conducted by a pair of French speakers, the translation process means it might not be as smooth as other conversations he has taken part in, but it is certainly one of the most informative about his influences and his process.

“The reason to hide your inspirations is because you are trying to steal them. If you can sneak it in, then you’ve gained something without having to lose something,” he says, mentioning his time at University of Texas when he would go back and forth consuming films by and books about François Truffaut, Jean-Luc Godard, Ingmar Bergman, Roberto Rossellini, Federico Fellini, Michelangelo Antonioni, and Akira Kurosawa. He also describes early memories of seeing Alfred Hitchcock‘s name on box art and realizing the idea of a director being more prominent than a star. He also touches on influences for The Grand Budapest Hotel, which we previously discussed in detail.

“When you make a movie, you are not just organizing the chaos. You are creating a new chaos, which is the experience of trying to do a movie. The one thing I’ve enjoyed learning to do — or figuring out little aspects of, any way — is making some systems for just running a movie. We have so many people that have worked with me for years.”

While the Fantastic Mr. Fox director didn’t go into great detail about his next film, he did discuss his initial inspiration for jumping into animation, as well as an enticing hint for what to expect. “I really liked these TV Christmas specials in America. I always liked the creatures in the [Ray] Harryhausen-type films, but really these American Christmas specials were probably the thing that really made me want to do it,” he says. “The new film [Isle of Dogs] is less influenced by stop-motion movies than it is by Akira Kurosawa.”

Conducted by Nicolas Saada and Frédéric Bonnaud after a screening of Rushmore on March 3, check out the full talk below (with a hat tip to The Playlist), which also explores the different acting styles of Jeff Goldblum, Gene Hackman, and Ralph Fiennes, as well as how Anderson’s brain is “trained” to construct symmetry in his films.