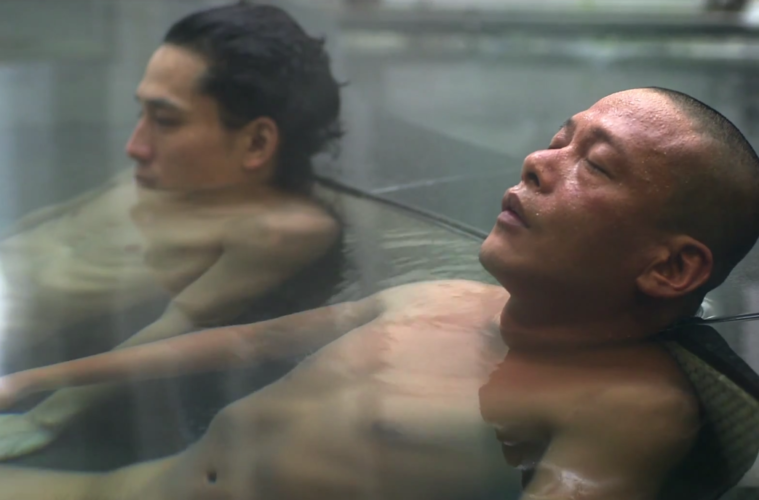 “From my point of view, cinema’s departure from the movie theater is part of a natural progression of things, just like contemporary art is escaping the gallery. If box-office numbers had any correlation to the intrinsic value of one’s film, every last filmmaker in the world would give great credence to those numbers. However, as my films have zero financial potential in this economy, the question for me becomes, how can I prove the value of my films? Why do I continue to make films? Who am I making them for?”

So said Tsai Ming-liang in a recent, extensive interview with Reverse Shot, wherein he also remarked, “Because of various opportunities which presented themselves to me, I have made films of different lengths using different formats and techniques, and for different screening platforms.” Whatever his reason for working after the “retirement” that was Stray Dogs, and whatever process goes into deciding where / how things appear, I’m merely thankful that he keeps making projects that are pretty readily available. Semantics can always be ignored in the face of great art.

The latest title is No No Sleep, which was originally conceived for the omnibus feature Beautiful 2015, itself the latest installment in a Hong Kong Film Festival-commissioned omnibus series that explores a filmmaker’s conception of beauty. Tsai’s is yet another journey with Lee Kang-sheng‘s tortoise-like Walker, who was most recently seen in Journey to the West — one of the best films of last or, really, any other year. This one, however, puts far more focus on its city (Tokyo being the setting this time out), and our time with people is, for the most part, far more sexually charged than anything else seen in the meditative series. (No No Sleep is the seventh installment.) From this charge we’re given a mix of serenity and tension that’s almost impossible to find deployed in such careful measures, not to mention with as much cinematographic force. A 34-minute beauty, this is.

Watch it below (via @keithuhlich):

What did you make of No No Sleep? Have you seen any of Tsai’s Walker films?