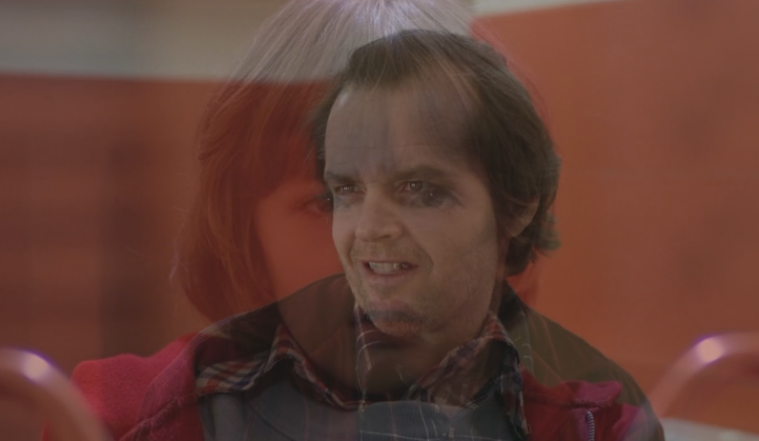 Over five years ago, on Wednesday, March 9th, 2011, John Fell Ryan and Akiva Saunders premiered their experiment The Shining: Forwards and Backwards. At the Williamsburg, Brooklyn locale The Spectacle Theater they screened Stanley Kubrick’s horror masterpiece from start to finish and vice versa simultaneously and superimposed on one another. Perhaps to the surprise of some, the results were fascinating enough to lead to many more screenings, including one at Fantastic Fest in 2012, as well as being featured in Rodney Ascher‘s Room 237.

The various oddities and strange occurrences that crop up when playing the film this way have been exhaustively explored by its own the creator (see here and beyond), and if you haven’t yet seen it this way, today is your chance. Editor Vashi Nedomansky made his own version and while we can’t imagine it’ll survive online for too long due to copyright issues, it’s now available in full, followed by a great new video essay Lessons from the Screenplay that shows how Kubrick ratchets up the insanity in the film.

Check out both below.

Speaking of Kubrick, if one wants to see a piece of his rarest work, he directed location scenes for James Agee‘s TV drama Mr. Lincoln and The Civil War in 1952. Check it out below via Reddit.

What do you think of this experimental version of The Shining? Fascinating or meaningless?