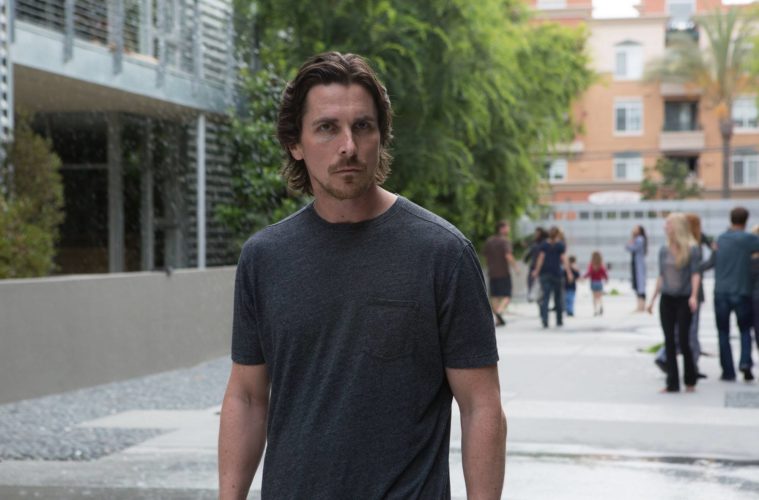 Leave it up to Terrence Malick — supposedly a main source of inspiration for Star Wars: The Force Awakens — to put his actors in the moment. “Even when they were actors, Terry would still tell me they weren’t,” Christian Bale tells Standard, recounting an experience during Knight of Cups. “We were filming in a strip club, and Teresa Palmer’s there in her little silver hotpants and I’m asking her how long she’d been dancing for? Does she enjoy it? What got her into it? I had no idea that she was an actress until about a week after working with her. Suddenly I saw a billboard with her face on it and I went ‘What?’”

As we await the U.S. release of the film, today brings the first clip from the film, which features Bale and Wes Bentley, along with some new TV spots. Before that, however, we also have a new update on Weightless, which we expect to arrive on the festival circuit soon, as it’s finally completed and, according to the trustworthy resource One Big Soul, runs just about 2.5 hours.

“I saw a rough cut, and it is extraordinary,” producer Nicolas Gonda tells Allocine, calling the film “like a shot of adrenaline.” He adds, “There is an energy that you have ever seen in a film Malick before, and themes that had never [been] explored. It’s exciting to see him continue to challenge himself to create new experiences that viewers can really appreciate. I have never seen a film like this in my life.”

As we await both films, check out the first clip from Knight of Cups and a few international TV spots. One can also see our review and more here.