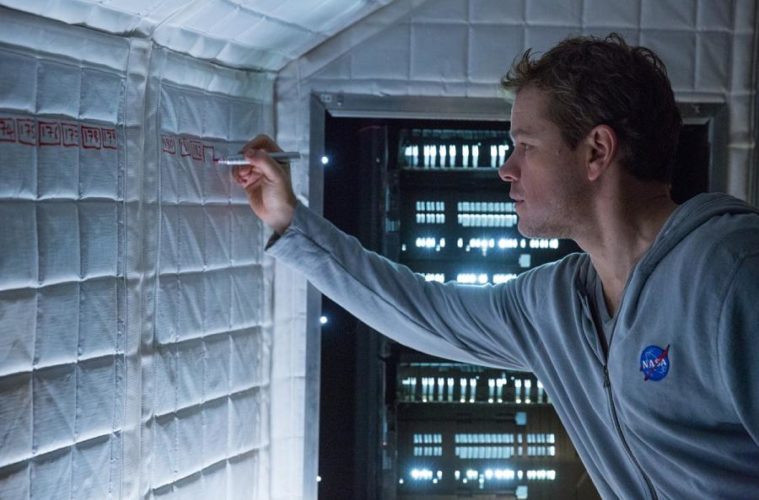 Watch: Matt Damon Embarks on Mission to Mars in Launch Video For ‘The Martian’

While it’s been an unfortunate impulse for Hollywood to release a few seconds of footage, sometimes spread out over multiple snippets, leading up to the release of a trailer, every so often a studio treads a welcome, different path. Such is the case with 20th Century Fox when it comes to Ridley Scott‘s The Martian. Adapted from Andy Weir‘s 2012 novel by Drew Goddard, the story follows Matt Damon‘s character stranded on the distant planet and (at least initially) cut off from communication with the outside world.

Before we learn any of that however, the first video tied to the film has been released and finds an affable Mark Watney (Damon) introducing the Ares 3 crew before their mission launch to Mars. As the trailer is set to launch tomorrow morning (9am EST to be exact), it’s a great way to introduce to the varied ensemble, some of which are seen here. With a full cast featuring Jeff Daniels, Jessica Chastain, Kristen Wiig and Chiwetel Ejiofor, Kate Mara, Sebastian Stan, Sean Bean, Mackenze Davis, Donald Glover, Michael Pena, and more, check out the teaser video below and infographic.

During a manned mission to Mars, Astronaut Mark Watney is presumed dead after a fierce storm and left behind by his crew. But Watney has survived and finds himself stranded and alone on the hostile planet. With only meager supplies, he must draw upon his ingenuity, wit and spirit to subsist and find a way to signal to Earth that he is alive. Millions of miles away, NASA and a team of international scientists work tirelessly to bring “the Martian” home, while his crewmates concurrently plot a daring, if not impossible, rescue mission. As these stories of incredible bravery unfold, the world comes together to root for Watney’s safe return. Based on a best-selling novel.

The Martian opens on November 25th.