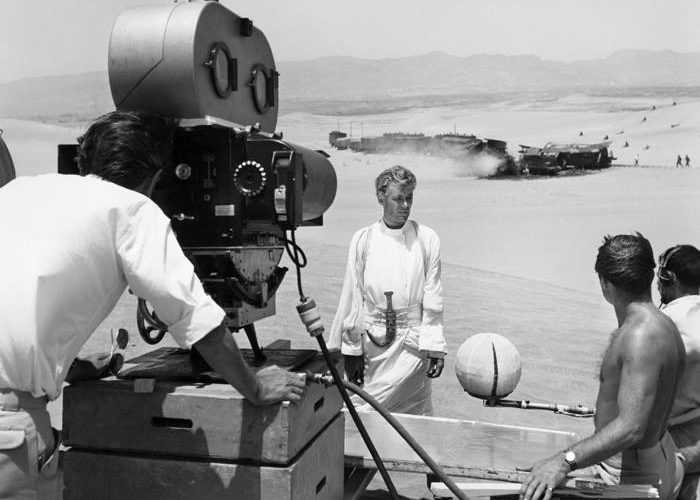 From Muybridge to ‘Gravity,’ Watch the Evolution of the Motion Picture Camera Whether it’s productions such as Ghost Protocol utilizing the massive scope and detail of IMAX or a documentary like Leviathan that pushes the boundaries of what one can do with the technology on the other side of the spectrum, it’s fascinating to see the evolution of the motion picture camera.

For the Society of Camera Operators 2014 Lifetime Achievement Awards, editor Bob Joyce put together a four-minute reel which caps off with Gravity, the film which Peter Taylor won Camera Operator of the Year at the ceremony, but begins with the early iterations of the technology.

Backed by John Murphy‘s track for Danny Boyle‘s sci-fi film, “Sunshine (Adagio in D Minor),” the video highlights the pioneering work by Eadweard Muybridge, as well a Lumieres‘ Workers Leaving the Lumière Factory, Georges Méliès‘ fantastical in-camera tricks, before transitioning to other breakthroughs, including Lawrence of Arabia‘s use of Super Panavision 70, work from Stanley Kubrick, all the way up to Michael Mann and David Fincher‘s use of digital, and few examples from this past year.

Check out the video below, with a hat tip to Rope of Silicon:

What do you think the next century holds for the motion picture camera?