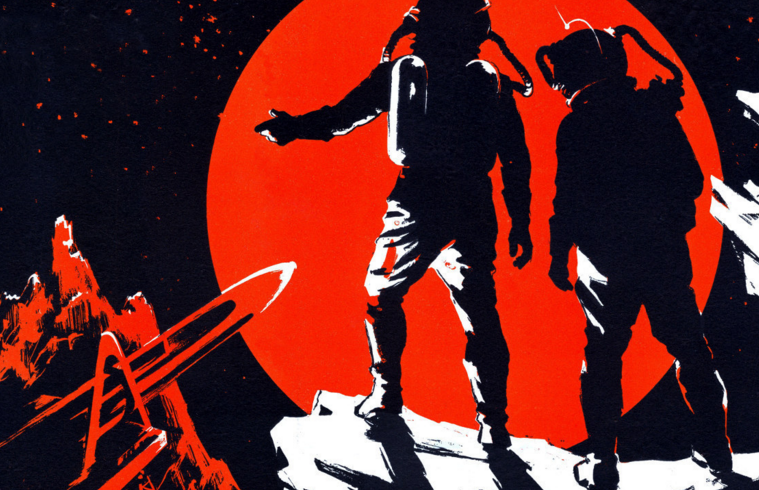 B-movie titan Roger Corman has a storied history of giving some of the most revered filmmakers of this generation their start in Hollywood from Martin Scorsese and James Cameron to more outre favorites like Penelope Spheeris and George Armitage. In fact, Corman was such a prolific mentor that retroactively, this group of filmmakers has been affectionately dubbed alumni of the ‘Roger Corman Film School’. The extensive history has been written about by dozens of outlets over the years, and even inspired books like Entertainment Weekly critic Chris Nashawaty’s 2013 oral history.

Among those hallowed alumni, Francis Ford Coppola stands near the top. And now, courtesy of a kind Youtube account, and i09 who dug up the video, we have our look at Coppola’s lost first film, Battle Beyond the Sun. This isn’t Coppola’s only collaboration with Corman (see another here), but it’s a fascinating curio nonetheless. The film is about a cutthroat race to Mars after a nuclear apocalypse on Earth. In the year 1997, Earth has been divided into the North Hemi and South Hemis (it definitely doesn’t roll off the tongue), bitterly divided factions who’ve turned their eyes to the stars as Earth loses its viability. Expectedly, things go belly-up on the trip, and both sides learn the value of diplomacy.

Befitting a first film — even for a legendary filmmaker like Coppola — it’s extremely rough. And worse, it’s aggressively dull for the most part. But at least now we have assurance that even the best filmmakers didn’t always have the golden touch. There are still glimpses of the formal virtuoso still to come. But aside from an unusually grandiose ending sequence, it’s mostly drab interiors and stiff technobabble. Beyond the top flight crew, there’s an even stranger backstory behind the film.

Battle Beyond the Sun was actually originally a Soviet Union science fiction movie from Aleksandr Kozyr and Mikhail Karyukov, but Corman later snatched the rights up, and hired Coppola, who had just graduated film school, to re-cut the film for western audiences. It’s unclear what that means, but I doubt the original film had  rubber suit monsters with razor sharp teeth on their stomachs and eyes in their hands a la Pan’s Labyrinth. Take a look at the film and its charmingly retro trappings below.