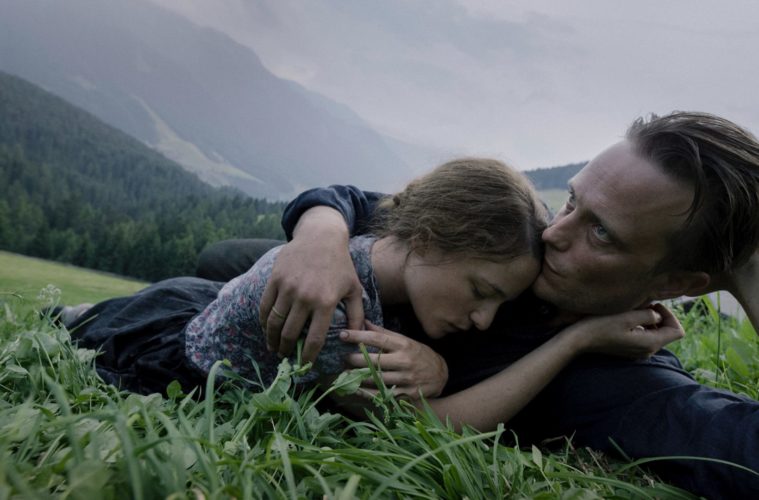 Are you ready to see .0014% of the new film by Terrence Malick? Ahead of the world premiere of A Hidden Life at Cannes Film Festival on May 19, as part of an Opening Day package Canal+ aired the first clip from the 173-minute film, clocking in at a brief 15 seconds. Still, when it comes to our most-anticipated of the festival, we’ll take what we can get.

A Hidden Life follows Austria’s Franz Jägerstätter (August Diehl), a conscientious objector who was put to death at the age of 36 for undermining military actions. In the first clip, we get the first glimpse of cinematographer Jörg Widmer (who worked on the camera crew for The Tree of Life, and marks the first time in awhile that Malick has not worked with Emmanuel Lubezki) as he uses a wide-angle lens to capture a lover’s embrace, also featuring Valerie Pachner.

Also starring Valerie Pachner, Matthias Schoenaerts, and Jürgen Prochnow, as well as the late Michael Nyqvist and Bruno Ganz, check out the clip below.

Update: The full, one-minute clip has arrived. Watch below.