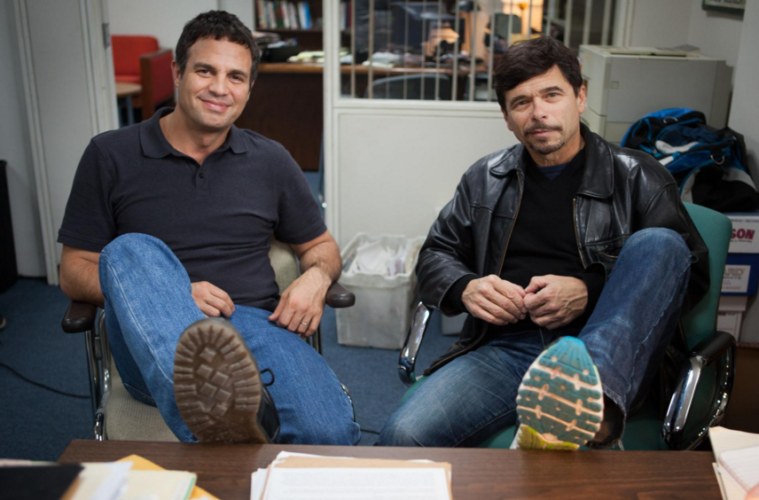 Thomas McCarthy‘s new drama Spotlight tracks the Pulitzer-winning Spotlight team from the Boston Globe who, in 2002, published an article that blew the Roman Catholic Church’s abuse scandal wide open. As we noted in our review, the film is “not so much about the events covered but the covering of the events,” and “about the nuts and bolts of pre-internet age investigative reporting.”

So, pulling it back another layer, it’s just as fascinating to see the extensive process of McCarthy and co-writer Josh Singer on gathering and reaffirming facts for their screenplay, as well as how the actors worked with the real-life journalists to portray them. Our friend Mike Ryan published a great article today about their process and now we have extensive talks with different variations of the team.

First up, there’s a 30-minute talk with just journalists Marty Baron, Ben Bradlee Jr., Matt Carroll, Sacha Pfeiffer, Mike Rezendes, and Walter ‘Robby’ Robinson, followed by various talks with McCarthy, Singer, Michael Keaton, Mark Ruffalo, and more. Check them all out below, including a Charlie Rose chat, along with a new featurette and clips.