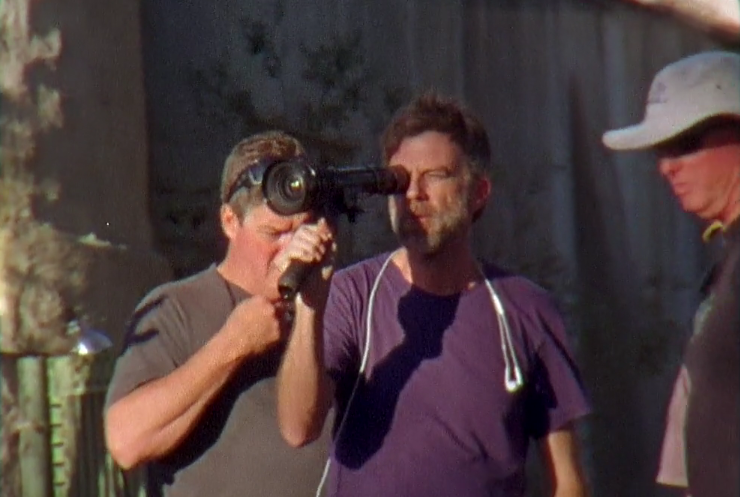 While vague rumors swirl that Paul Thomas Anderson will return to 70mm for his next film, there are still no details regarding what, exactly, he’ll take on, so instead we have an intimate look at his latest film, Inherent Vice. Despite it not making much of a dent in the box-office, we named it one of our top films of the decade thus far and we imagine, like many great films, its stature will only grow in the years to come. However, if one was disappointed by the extras on the Blu-ray (including deleted and alternate scenes), today brings a more intimate look at the creation process.

While on the set of the film, writer-director Laura Colella captured a good deal of the process with a 12-minute documentary. Named Chryskylodon Blues after the rehab outfit in Thomas Pynchon‘s source material, it features narration by Theo Green and music from The Growlers. Featuring much of the ensemble, as well as PTA hard at work (even including on a few scenes not in the film), it’s a groovy must-watch for any fan, with a style perfectly fitting the world of Pynchon. With a hat tip to Cigs & Red Vines, check it out below by clicking the image.