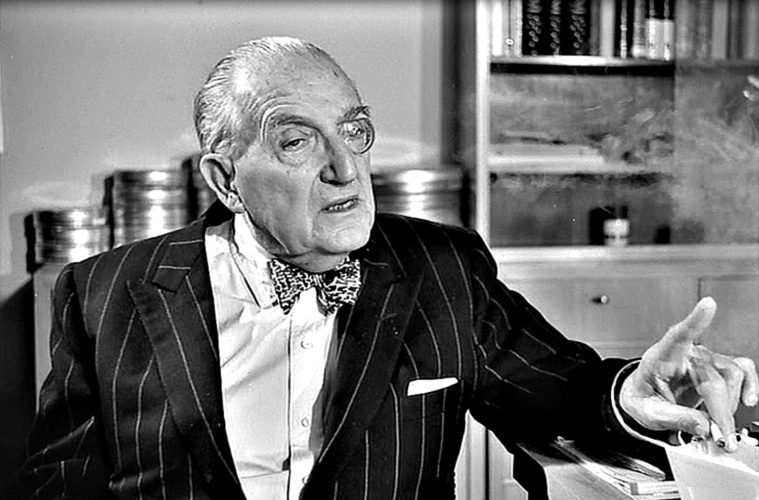 Watch a 90-Minute Interview Between Fritz Lang and William Friedkin

Not unlike the sessions that brought us Hitchcock/Truffaut, there was once a meeting between the elder, retired Fritz Lang and the white-hot William Friedkin, fresh off The French Connection and The Exorcist. Although something along these lines has been posted in various corners several times before, this edition runs nearly twice the length of the version so commonly provided, most notably on the Criterion release of Lang’s M.

So you’ve never heard one of mainstream American cinema’s more idiosyncratic figures help one of the medium’s greatest artists go over their extensive career, allow me to be so presumptuous as to say you should consider this an important space. From his alleged meeting with Joseph Goebbels — an absolute milestone that may not have occurred as depicted — to the many masterpieces in his oeuvre to the fawning admiration of a fellow artist, this is indeed a very fine interview. That, and a proper companion piece to this indispensable piece of history.

Take a look below (via Thompson on Hollywood and One Perfect Shot):