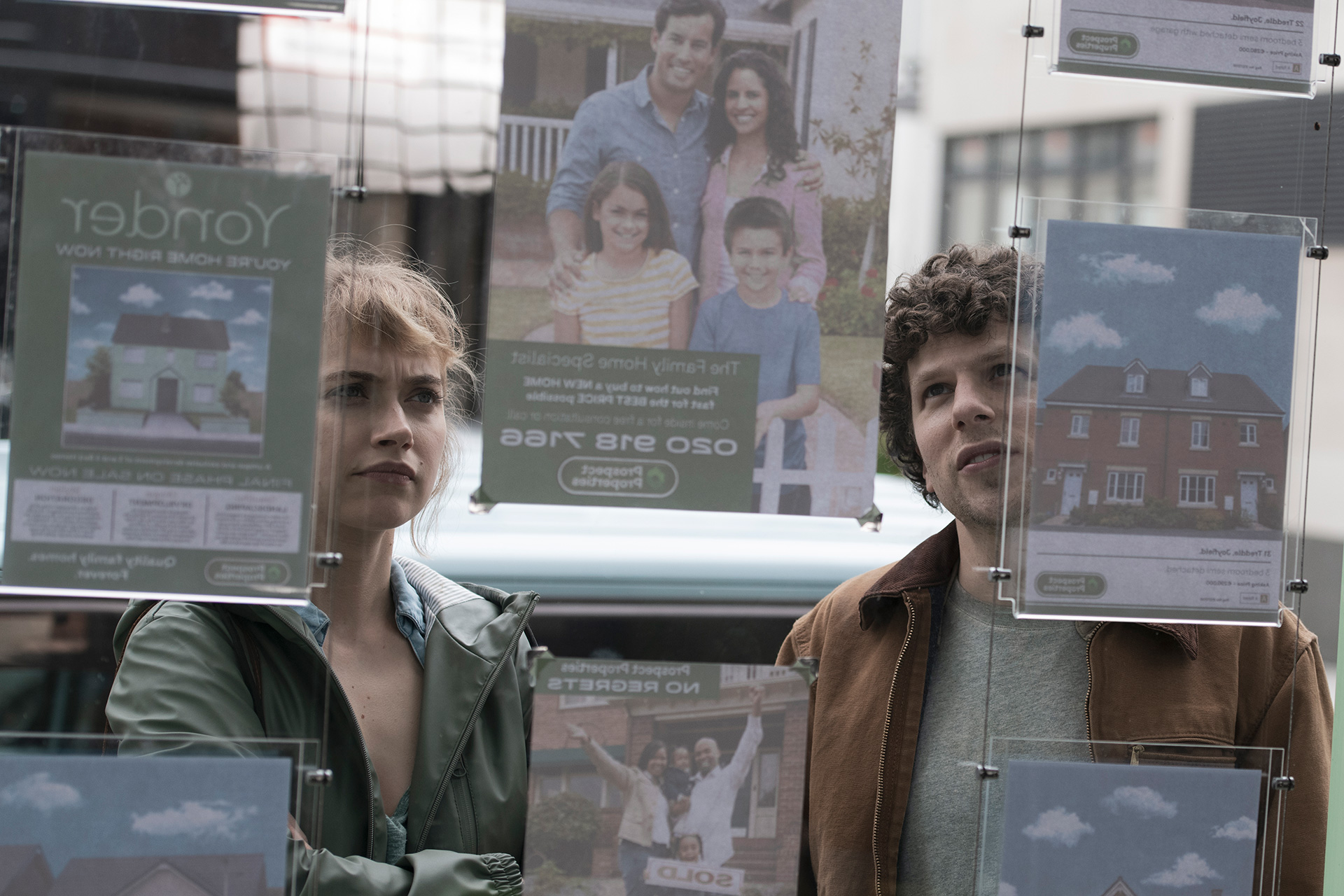 We all like to believe that we have some semblance of control over our lives. Do we, though? How much of our identity is dictated by social conditioning? Maybe it’s explicit indoctrination like that taught by religion, politics, and culture as “superior” than others. Or maybe it’s implicit like the subliminal messaging possibilities of art appropriated by marketing. You might say to yourself that you’re too smart for advertising, but what do you do when confronted by four of the same product consisting of one brand you recognize via its logo, another you recall because of its jingle, a third that’s adorned with the name of the store you’re in, and a fourth from a company you’ve never heard of before? Do you even consider that last one?

Of course you don’t. It might be the best of the bunch by a wide margin and yet you’ll walk right on by because to you it’s been untested. No one you trust recommended it and the company doesn’t have the wherewithal or money to pitch it to you. So you think, “How good can it actually be?” That’s why advertising craves quotes from professionals to steer you in the right direction. It’s why packaging places stock photos of smiling people in your face to ease your skepticism. It’s why countless hours and thousands of dollars are spent researching the ways that product can benefit you as well as the ways you can be manipulated into believing those benefits are real. Even its success will therefore prove semi-illusory.

In many ways we’re the products and those companies “improving” our lives are the consumers. We’re bought and sold in accordance with an ideal—a way of life—those corporations need us to compliantly adopt for their survival. And they do it in ways that make us believe the tables are reversed. So when Gemma (Imogen Poots) and Tom (Jesse Eisenberg) walk into the real estate office of a new development coined Yonder, they’re under the impression they have a choice. It’s Martin (Jonathan Aris) who must sell them the suburban ideal they scoff at so readily. He must ply them with kindness and fabricated scarcity, coerce them into politeness to secure an in-person tour at the property, and hope that the house speaks for itself.

While director Lorcan Finnegan and screenwriter Garret Shanley ensure this surreal neighborhood of cookie-cutter homes, cotton-ball clouds, and pristinely labyrinthine roads does exactly that, what it says isn’t what any prospective buyer hopes. Not only is Martin almost inhuman with how he mimics Gemma and Tom’s mannerisms, he seems bolted to a set series of events that their apathy continues driving off-course. Why should he expect different, though? The home is fully furnished, awkwardly presumptive with its baby boy’s room (the couple isn’t expecting), and oddly askew in its ability to simultaneously exist as a real house and a structure pretending to be one. It’s semi-natural feeling causes the couple to dismiss its idiosyncrasies as humorous because they’d never believe it to be the prison it quickly proves.

That’s what the title alludes to after all. Vivarium: an enclosure prepared for keeping animals under semi-natural conditions for observation or study. Gemma and Tom aren’t buying their way into a community. The community is buying them. They are given boxes of generic food and supplies to sustain their lives, an experiential guarantee that they’ll never escape, and a brand new baby to care for with the promise of freedom at some unspecified point in his development. It’s exactly what they want on the surface. Stability. Shelter. Family. Independence. But it’s thrust upon them without their input. It’s an unwanted life given under false pretenses for the seller’s undefined edification. The looming questions of note are thus, “Who’s observing them?” and “What is their complicity meant to produce?”

The science-fiction trappings of Finnegan and Shanley’s aesthetic provide superficial answers that frighten as much as they entertain due to the ensuing months trapping Gemma and Tom into a nightmare. From the optical illusion of their environment to the eccentricities of this child that they won’t even dignify with a name (Senan Jennings), their horrific situation crawls under their skin to create major psychological rifts that ultimately lead towards physical deterioration once frustration and futility rise. We become disoriented as well thanks to the fact that the visuals intentionally embrace the uncanny valley Vivarium‘s setting provides. Their wants and desires are soon replaced by those dictated by the simulation (for lack of a better term). Intent is forever out of reach while consequence never exits the frame.

Beyond that genre skin, however, is the deeper metaphor for what our lives mean within the human collective. We’re commodities, slaves, lab rats, and viruses. We exist under the guise of individuality only to conform to a capitalist world that strips us of our uniqueness in order to prove ourselves malleable to the whims of a greater good (almost always predicated on the success of big business rather than the success of the cogs keeping them in motion). We grow and adapt to survive within that system, buy our houses to build a future, and procreate to live on ad infinitum through our children. But really we’re just tools generating our own replacements—incubators ensuring that the capitalistic machine won’t stop. And we do it voluntarily. It’s nature.

I have to give the filmmakers a ton of credit here because they walk themselves to a point of no return as far as where things are heading and they do not blink. They lift the curtain to briefly show us the horrors beneath the sterile walls of this prison and let them exist as inevitability rather than something that can be altered. Can we stop the capitalist machine in our world? Here we are in the middle of a pandemic and our government officials are placating us with lies while they profit off the truth and sell stocks before the unavoidable crash. We will always be secondary to the success of those with money and therefore influence unless we burn the whole thing down and start anew.

Ask Gemma and Tom how that works out. Sometimes intentions mean nothing if who we are as a species prevails above them ten times out of ten. Talk about a perpetual state of existential crisis knowing you’re trapped on a conveyor belt without exit. You may not feel it now (or ever), but I guarantee one of your neighbors or relatives do. And both Poots and Eisenberg embody that helplessness to the full extent of its power. Whether it’s the ability to see the strings and actively seek to cut them or the inherent desire to protect the life attached regardless of its destructive potential, they settle into their patterns and watch the world around them crush their souls. As they say in Vegas: the house always wins.