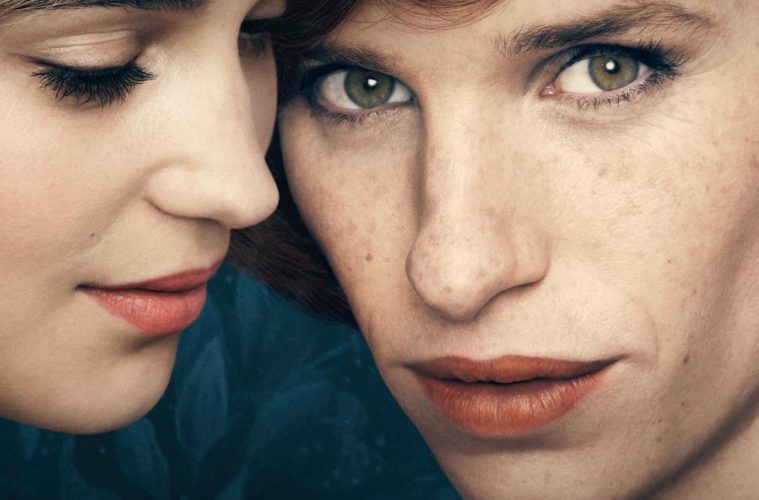 As far as directors go, it doesn’t get much more middle-of-the-road than Tom Hooper. His films tend to feature clear-cut, identifiable conflicts sketched out in studied, orderly lines and relayed with an extra helping of heart. Coherent, approachable, emphatically inoffensive, they often prove difficult to discredit except for being just so exasperatingly… pleasant. With The Danish Girl, the story of a transgender woman and one of the first recorded recipients of sex reassignment surgery Lili Elbe, he takes on a potentially subversive subject matter while remaining his mild, decorous self, delivering yet another earnestly told, splendidly visualized film that could please the masses but will likely electrify few.

Lili is born Einar Wegener (Eddie Redmayne), a celebrated landscape painter living in Copenhagen with his wife Gerda (Alicia Vikander), a less successful portraitist, in the 1920’s. The two are deeply in love, share common interests and lead a generally enviable life. A new self-awareness — or perhaps an old suspicion — is awaken, however, as Einar is made to cross-dress and pose for Gerda. Gradually, he starts putting on women’s clothes in private and one day — at Gerda’s suggestion — he makes his first public appearance as her female companion. Soon afterwards, both of them will realize this is not an impulse or a game, but a question of identity on which the happiness of the rest of their lives depends.

The adapted screenplay by Lucinda Coxon is dutiful if rather stiffly documentary, following the various trials and challenges the couple faces with strict linearity. Its anecdotal structure chronicles the progression of Einar’s journey to becoming Lili but doesn’t quite have the organic rhythm to fill in the blanks of a compelling inner arc. For the sake of focus and momentum, it could probably also drop a couple of romantic subplots that don’t seem to go anywhere. There are succinctly worded exchanges between a tormented wife and someone who’s no longer her husband where the impossible situation of a person trapped inside the wrong body is communicated with piercing exactness. But then there are also such smarmy one-liners as Gerda’s final send-off that threaten to neutralize all the surprise.

Acting-wise, both leads do a commendable job and fare even better together. Redmayne displays tremendous ease and grace with his body in a role that requires absolute physical candor. When he probes his exposed torso in search of an angle, a position, a missing piece, you don’t see any trace of hesitation but only the curiosity and determination of someone genuinely perplexed by an anatomy not their own. And as Einar dives ever more deeply into his inherent femininity until he inhabits it completely, Redmayne walks the fine line between expression of an identified gender and parodical effeminacy with great precision. Speaking as one of the few not too impressed by his Oscar-winning work in The Theory of Everything, however, it must also be said that the same issue of a patently outward, overly labored performance manifests itself in some of the later scenes in the surgery room.

Vikander is every bit as good as the vivacious, sexually assured Gerda. As someone who knows what she wants and is not afraid to experiment, she plays the scene where she persuades Einar to attend the party in drag with just the right mix of tease, encouragement, mischief and arousal. Her bossy confidence and Redmayne’s elfin bashfulness are both highly appealing and balance one another perfectly, turning a scenario that’s often treated with an air of taboo into something refreshingly fun and desirable.

This being a Hooper film, everything looks and sounds exceedingly agreeable as expected. Danny Cohen’s cinematography, in particular, captures the soft texture and lovely hues of the Danish harbor city to delicious effect. The production and costume designs, from the Oscar-nominated teams behind The King’s Speech and Les Misérables, make no bold statements in their choices but pretty they certainly are. All these acting and technical achievements ultimately culminate in a whole that feels decidedly less than ambitious and way too eager to please. Considering it tells such a singular and important story, one only wishes The Danish Girl could have been made with a lot more edge and not the usual Academy-friendly faux-progressiveness.

The Danish Girl premiered at the Venice Film Festival and opens on November 27th.