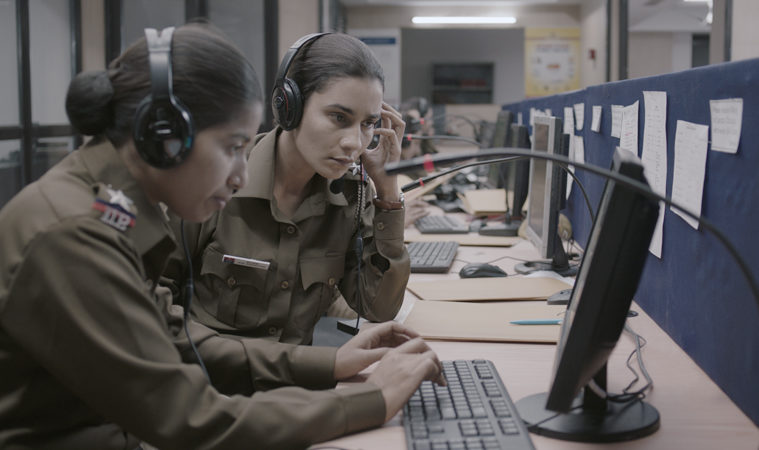 When Alfred Hitchcock decided to shoot his parlor mystery-thriller Rope in what appeared to be one long, continuous take he unknowingly opened Pandora’s box. After Rope, filmmakers spanning the globe would copy the long take technique in hopes of capturing something resembling art. Today, it exists mostly in two forms: the elongated action sequence, which is supposed to capture gritty realism and the back and forth rhythm of a fight, and the long take masquerading as an entire movie, like in Rope. The problem with this, however, is that Rope is closer to an interesting failure than a document of great filmmaking innovation. The long take mostly exists as a crutch to hide the weaknesses of filmmakers among viewers who think it must be great because it’s loud. Enter director Ivan Ayr’s Soni, the new Indian film out of the Venice Film Festival that attempts and fails to do something of note with this technique.

Soni follows the lives of two Indian women who work at the same police department and collide with sexual harassment, gendered imbalances, and violence. Soni (Geetika Vidya Ohlyan) is the first of the police officers we are introduced to, and the film starts out well enough by plunging us into the underbelly of back-alley streets only lit by neon, bringing out the fog and smoke, giving an apocalyptic feel almost immediately. The first of the fifty or so separate long takes–which account for every single scene in the movie–is the only one of note, because it has an actual sense of rhythm. Ayr uses a tracking shot in all of these scenes that never breaks, but when Soni is first introduced she is zooming away on a bicycle, giving the moment a breathtaking introduction that feels closer to flight. The breathless feeling is then broken up by the catcalling she experiences behind her from a man who is pursuing her despite her protests. This is the typical pattern that follows: Soni is minding her own business, then a pack of roving moronic men invade her space, instigating her until she responds with violence. It becomes exhausting and because nothing about the camerawork gives us an easy way into the inner life of Soni, we never know who she is or the severity of the situation. The camera hangs back in almost every scene, tracking her, and in doing so renders almost every scene meaningless because we can’t get inside of Soni’s skin. Ayr has intentions towards sympathizing us with a woman done wrong by the men she encounters on the job and by those same systematic inequalities she faces in her job as a police officer, but makes any connotations towards a feminist statement rote and flat.

Her captain, Kalpana Ummat (Saloni Batra), is the more interesting of the two characters, because her potential backstory is more than a loose cannon woman struggling under the weight of patriarchal violence. We’ve seen that movie before, but Kalpana seems better defined, and Saloni plays her with a complicated subtlety and nuance that isn’t given to Soni’s characterization. We wonder how she became a captain considering the circumstances she and her fellow women officers frequently find themselves in, especially considering this movie seems to be populated by men whose only function is to prod women, which doesn’t feel realistic in the slightest. So, if the overwhelming misogyny of the workforce is so all-encompassing as to send Soni into a fit of total, justified, rage then how did Kalpana bury these feelings, make compromises, and get to where she is today in her job? Does she have regrets? Is she worried she’s made it as far as she can in her line of work, considering the misogyny of her workforce? These are questions the movie doesn’t answer–and doesn’t necessarily need to–but by ignoring Kalpana in favor of the one-dimensional Soni, the film loses its one chance at having followed its only dynamic character.

Even then I’m unsure if any version of this script could have lifted the lifeless decision to shoot the film in many, separate tracking long takes, because it is so overwhelmingly distracting that it renders everything going on in the film mute. Soni is shot like an entirely third-person experience, but is scripted like a workplace drama, begging for us to know Soni and Kalpana inside and out. By tracking them instead of giving them space to take up the frame while the camera sits, it always seems like these two characters are too far out of reach, and in a movie of this type, that is a death knell.

Soni premiered at Venice International Film Festival and arrives on Netflix on January 18.