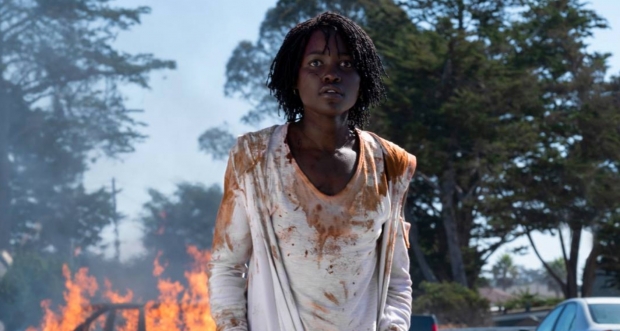 ‘Us’ Trailer: Lupita Nyong’o Fears for Her Family in Jordan Peele’s Thriller

Premiering as the secret screening at Sundance Film Festival, Jordan Peele’s directorial debut Get Out went on to be a massive critical and audience success, even earning the writer-director an Oscar. He’s now back this spring with Us. Starring Lupita Nyong’o, Winston Duke, Elisabeth Moss, and Tim Heidecker, the story follows a family trip to the beach gone wrong, as we can see in the first trailer, which has debuted on Christmas Day.

“For my second feature, I wanted to create a monster mythology,” Peele recently said. “I wanted to do something that was more firmly in the horror genre but still held on to my love of movies that are twisted but fun.” With the film only a few months away from release, one should also seek out the ten films Peele gave Nyong’o to watch in preparation of shooting: Dead Again, The Shining, The Babadook, It Follows, A Tale of Two Sisters, The Birds, Funny Games, Martyrs, Let the Right One In, and The Sixth Sense.

Haunted by an unexplainable and unresolved trauma from her past and compounded by a string of eerie coincidences, Adelaide feels her paranoia elevate to high-alert as she grows increasingly certain that something bad is going to befall her family.

After spending a tense beach day with their friends, the Tylers (Emmy winner Elisabeth Moss, Tim Heidecker, Cali Sheldon, Noelle Sheldon), Adelaide and her family return to their vacation home. When darkness falls, the Wilsons discover the silhouette of four figures holding hands as they stand in the driveway. Us pits an endearing American family against a terrifying and uncanny opponent: doppelgängers of themselves.