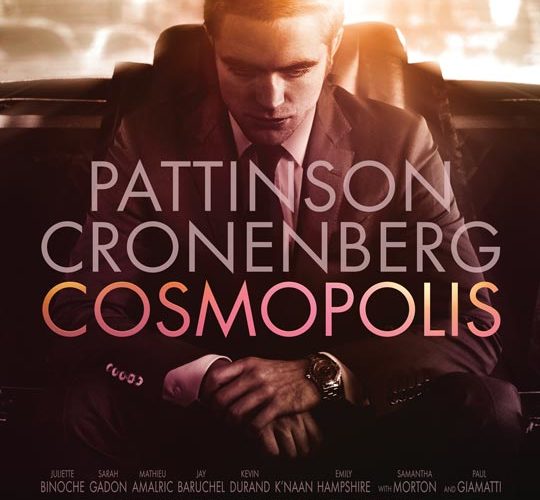 US Trailer For David Cronenberg’s ‘Cosmopolis’ With Robert Pattinson

The first international trailer for David Cronenberg‘s Cosmopolis was a whirlwind of stimulating, insane imagery, but with the film having premiered at Cannes it looks like the much of it was simply that, a tease. We were mixed on the drama out of the fest, saying it has an “undeniable stale and static quality…that makes it feel like watching someone read a book.”

Now the US has its own trailer, which leans heavily on attempting to actually convey the story here. Much different than the previous looks, there’s also more time given to some of the supporting players, including Jay Baruchel. As with any new film from this auteur, I’m still heavily anticipating this one despite the tepid response. Check out the new trailer below via Apple for the film also starring Robert Pattinson, Juliette Binoche, Sarah Gadon, Mathieu Amalric, Kevin Durand, K’Naan and Emily Hampshire. Unfolding in a single cataclysmic day, the story follows Eric Packer (Robert Pattinson)–a 28-year old financial whiz kid and billionaire asset manager–as he heads out in his tricked-out stretch limo to get a haircut from his father’s old barber, while remotely wagering his company’s massive fortune on a bet against the Chinese Yuan. Packer’s luxe trip across the city quickly becomes dizzyingly hellish as he encounters explosive city riots, aparade of provocative visitors, and is thrust into a myriad of intimate encounters. Having started the day with everything, believing he is the future, Packer’s perfectly ordered, doubt-free world is about to implode.