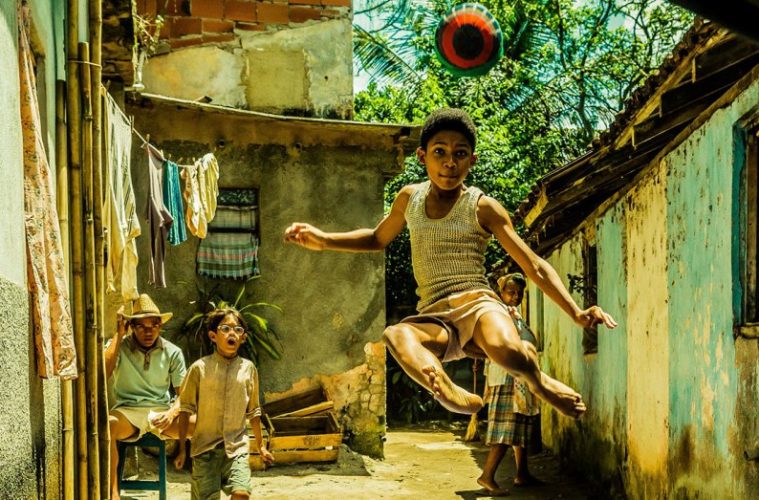 U.S. Trailer For ‘Pelé’ Showcases the Birth of a Legend

Despite the worldwide popularity of the sport, it’s a shame the great football (aka soccer, around these parts) movies can mostly be counted on one hand. While it remains to be seen if the forthcoming biopic Pelé will be among them, it certainly has a great foundation to start with. The drama depicts the life of the soccer legend (born as Edson Arantes do Nascimento) from his upbringing in poverty in Brazil to becoming a global star by the time he was a teenager.

Directed by Michael and Jeff Zimbalist (who have previously worked on 30 for 30), the first trailer has now arrived ahead of a U.S. release this summer. Shot way back in the fall of 2013, it was thought it might be ready for the last FIFA World Cup, but then got delayed for re-shoots. With music from A. R. Rahman and cinematography by Darren Aronofsky’s go-to DP Matthew Libatique, we’re still quite intrigued. Starring Kevin de Paula, Vincent D’Onofrio, Rodrigo Santoro, Diego Boneta, and Colm Meaney, check out the trailer below.

PELÉ tells the miraculous story of the legendary soccer player’s rise to glory from a young boy, to the 17 year old who scored the winning goal in Brazil’s first ever World Cup victory in 1958. From a life full of disadvantages and an impoverished youth in Brazil, Pelé used his unorthodox yet authentic style of play and his unbeatable spirit to overcome all odds, find greatness and inspire a country that he changed forever.

Pelé opens in theaters on May 6th and on VOD on May 13th.