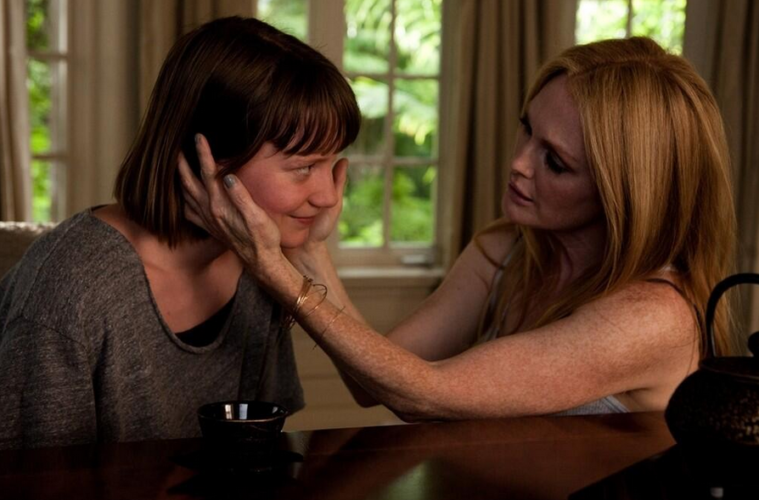 “In terms of the comedy and humor and so on, I think all my movies are funny and I think this one is no exception,” David Cronenberg said at the Cannes Film Festival premiere of his latest work, Maps to the Stars. “People said, ‘You really should make a comedy,’ and I’ve said, ‘But I’ve made nothing else.’ So let’s hope it’s the divine comedy.”

We now have a new preview of the so-called comedy, with eOne debuting the first U.K. trailer. Arriving there next month, we were fans of it at Cannes, saying in our review, ” The result is something of a fascinating misfire, still shot and edited with the precise authority that has defined Cronenberg’s recent period, but jumbled in the search for narrative control and originality.” Featuring Robert Pattinson, Julianne Moore, John Cusack, Sarah Gadon, Mia Wasikowska, and Evan Bird, check out the trailer and U.K poster below. Maps to the Stars hits U.K. theaters in September 26th and is without a U.S. release date.