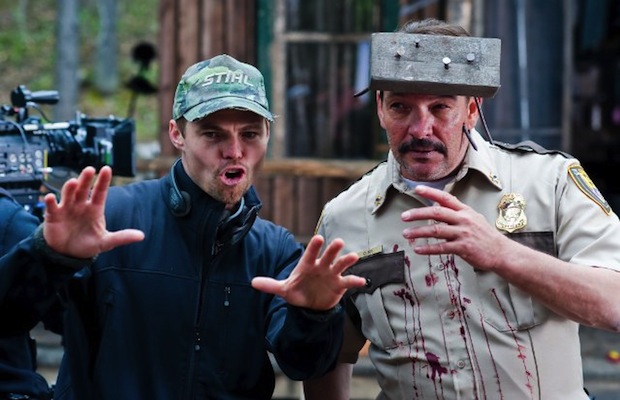 Eli Craig is all set to deliver some more Evil, courtesy of Universal.

According to the THR, the studio has acquired his spec script for a dark comedy, Little Evil, with Craig slated to helm as well. Although the plot is currently being guarded, fans of Craig’s horror comedy Tucker and Dale Vs. Evil may already have some idea of what to expect. Starring Alan Tudyk and Tyler Labine as the clueless titular hillbillies who run afoul of teens who mistake them for murderers, Tucker and Dale was a  favorite at film festivals (winning the audience award at SXSW in 2010) and has enjoyed a cult run on the home video market.

While there’s no word on whether Tucker and Dale might make an appearance in the new flick, it’s comforting to know that Craig’s keeping up with horror. The last film blended grisly violence with Sam Raimi-style slapstick, melded to a comedy of errors framework that kept it fresh and funny. That kind of matter-of-fact approach to the material worked well for jaded genre fans who, often, feel like they have seen it all.

Craig, incidentally the son of Sally Field, brought his giggles-and-guts sensibility to the recent pilot of Amazon Studios’ Zombieland, a flop that was quickly “hated out of existence.” Better, then, to see Craig pursuing brand new projects that he’s conceived himself instead of working as a hired gun on recycled product — exactly why the promise of Evil is so exciting.

Scott Stuber and Universal’s Bluegrass Films will produce Little Evil, which was allegedly snatched up in a seven figure deal. It will be interesting to see where the project goes, and we will share with you just as soon as we find out what it’s really about.

What do you think? Are you looking forward to Little Evil and (potentially) more of Craig’s wacky dark humor?