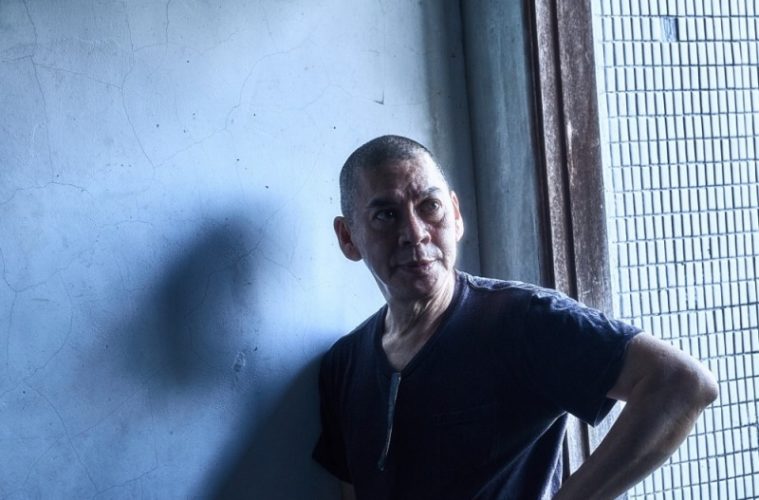 This year the Venice Film Festival is hosting a separate competition section dedicated to VR cinema – a first worldwide. Among the projects shortlisted, one name probably jumped out more than the others: Taiwan-based filmmaker and celebrated master of slow cinema Tsai Ming-liang.

Not necessarily the filmmaker one associates with pushing technological boundaries and crafting effects-enhanced spectacles, Tsai gave us the typically quiet, artfully designed The Deserted (at 56 minutes by far the longest-running title in the section).

After we last checked in with Mr. Tsai two years ago in Venice, we had the pleasure of sitting down with him again to talk about VR filmmaking, control and what kind of movies he likes to watch.

The Film Stage: Did you know that the location for the festival’s VR section, the island Lazzaretto Vecchio off the coast of Lido, used to house a hospital during the plague epidemic from the 15th to the 17th century and that they later found more than 1500 skeletons there?

Tsai Ming-liang: Yes, I knew about this.

Travelling there, I was thinking how appropriate a place it is to screen The Deserted (the Chinese original title refers to the temple Lanre Si, made famous by the most widely read supernatural tale in classical Chinese literature).

Yeah, I guess it’s meant to be.

You have used the theme of ghosts in your previous film Goodbye, Dragon Inn and again in The Deserted. Can you talk about this thematic choice?

As always I approach my films from a human state of mind. When you reach a certain age or fall ill, you can’t help but think about things like death and the past, including ghosts and dreams of the past. For this project I’d also been thinking about the question of healing. Coincidentally, the hospital you mentioned, it was likewise a place that housed patients to be healed.

The whole project started when [Lee] Kang-Sheng [career-long collaborator/lead actor] was ill for a couple of years and I was taking care of him. During that time we felt a special connection to the ruins we lived in and the natural environment surrounding it in the mountains.

Did you choose to move there because of the illness?

That’s correct. Living there, you realize that healing takes many forms, sometimes it happens intangibly. The company we offered each other, for example, and nature itself also played a part. You notice life in its natural state, things you completely forget about when living in the cities. Since last year I’ve been meaning to write a script about this – being ill while living in the mountains. When I was approached to do a VR film, I took a part from that story and turned it into The Deserted.

What convinced you to do a VR film?

About one year ago, the former director of the Venice Film Festival, Marco Müller, contacted me about making a VR film. He wanted to start an international film festival and to open it with a VR film, which he would like me to shoot. While this eventually didn’t work out, I managed to do some research on and got a rough idea of the technology. At that point I was feeling conflicted about it because the technology obviously wasn’t ready and it seemed like very complicated, cumbersome work. Then came the offer from (Taiwanese tech company) HTC. They wanted me to do their first VR narrative film. I learned more about the technology and checked out what had been done with this new medium. The technology wasn’t perfected then either – nor is it today – people are still in the process of figuring it out. So I saw it as an invitation to experiment.

Did this new medium make you approach filmmaking in any differnt way than you normally would have?

Basically I still approached it the same way I did all my films. I use the same actors I’ve always worked with, and thematically it’s related to my previous films. It’s just done with a different form of expression. For example, you can’t do close-up’s anymore. Also, as the frame falls away, the traditional notion of composition doesn’t apply anymore. The equipment also posed limitations. The actors can’t be too far apart from one another.

After learning about these rules, I realized it’s in a way similar to doing theater. Only it’s not your traditional theater, but one that is for yourself alone and one where you can choose the angle from which to view the performance. So I see myself in the role of the viewer and what I ask myself first is not “What should I be seeing in this other space?“ but “When I enter this other space, seeing what would calm me down?“ What counts for me is how to achieve a state of calm in order to really see something. The creation of many stimuli to be looked at simultaneously is not something I aspire to because that’s not how I live.

Then came the question of how we can create the most comfortable visual experience for the viewer. I got my cinematographer on board in the hopes that the picture quality of the VR film will be as good as my regular film work. However advanced the VR technology is, these remain my concerns and all the technical stuff comes later.

And how was the post-production process?

Very complicated. A lot of things we had no control over. Not even the technicians knew exactly how far they could go, so it was a process of constant experimenting.

Your films are known for their stillness. VR as a new medium seems to be dynamically oriented as it encourages motion and interaction. Do you see a conflict in that?

I believe the very common claim in film that “You must offer many things to the viewer to be looked at“ is a simplistic supposition. Also I don’t think VR as a medium is limited in this way. There are many possibilities to be explored.

For example, VR could be used for educational purposes. Once you think of it that way, you realize that a VR film can also have a single focus. It’s not just about gaming or stimulation. The essence of VR should be the creation of a different space which, upon the viewer’s entry, feels real. It should be a space you can observe more freely and in a variety of ways. In my opinion, to think that VR is a strictly dynamic medium would be underestimating its potential. So my initial thought was actually how to make the viewer not feel the need to keep moving about. I want the viewer to re-examine these common assumptions. Of course they can still freely move about, but gradually they would cease to do that just for the sake of it, but do it purposefully. Which means, if they wish to look at the wall, they would turn their head and look at the wall. If they wish to see outisde the window at the back, they would know to turn their head to do so. They are free to choose where to look and for how long. Ultimately it still comes down to what you’re trying to express through the content.

Directors are more or less obsessed with control. In your work, one has the particular impression that every single detail of every single frame is micro-managed to be presented to the audience. With VR, the viewer is tempted, encouraged to keep exploring and not necessarily look at the place you want them to when you want them to. Are you fine with this way of viewing your work?

I feel like I’m still very much in control. At least those audience members I want to control would still be controlled. Of course many people are not interested in my work, there’s no controlling them. As for those interested in finding out what I have to say, their viewing experience is actually still controlled in the sense that they perceive themselves to be in a space conceived by me. It’s not just about what they see anymore, but where they are.

The time element is also very much controlled by me in the sense that I decide – through editing – how long the viewer stays in one particular space. During that time, even if the viewer closes their eyes, they are still there and they can feel it.

For your many fans, the biggest appeal of seeing a VR film by Tsai Ming-liang might be the possibility to inhabit a space that you inhabit, the way as you experience it. Do you think VR offered a better approximation of your world than traditional film?

I think those are two different things. You can’t think of them in terms of one being more or less than the other in any way. You get a different experience with each, that’s all. Whether in regular 2D or in VR, what the viewer sees or feels is my experience. It’s not my intention to pursue a more advanced or evolved Tsai Ming-liang experience with VR.

As we’ve come to expect from your work, there are long takes in The Deserted where the actors perform seemingly simple tasks or do not appear to be doing anything at all. What directions do you give them for such singularly challenging scenes?

Over the years I’ve started giving fewer and fewer directions. The way I direct my actors is usually done before shooting begins. We would discuss their roles and the state of mind they are in. For example: you are a fish. The relationship between you and [Lee] Kang-Sheng is that you’re his fish. Or: in this scene you should laugh. It’s up to you to decide how to laugh but you should communicate genuine happiness and a sense that the world is beautiful. Usually that’s all the directions I give.

Take the lovemaking scene in this film as example, you cannot tell them how to have sex. The actors, once they’re placed inside a particular context, they would figure out and respond to the circumstances themselves. If you give them specific directions, they would have no choice but to do it exactly as described. I usually don’t like what comes out of that.

Also, a performance is not provided by the actors alone. There’s also a spatial element. The atmosphere plays a part too. When all these elements come together, the performance is the natural result. In the case of my movies, which are not dialogue-driven, the performance must look like something that happens most naturally. My way of achieving that is to put the actors in the right space and situation.

Does Tsai Ming-liang the auteur filmmaker also like to watch movies?

I love watching movies and watch all kinds of them. Oldies, current releases, commercial movies including horror flicks… I watch them all.

No, I actually watch more commercial movies, but of course I enjoy only the ones that are well-made.

Are there any directors you particularly admire?

Hmm… I like many filmmakers, but Ridley Scott comes to mind first. I really admire his work.