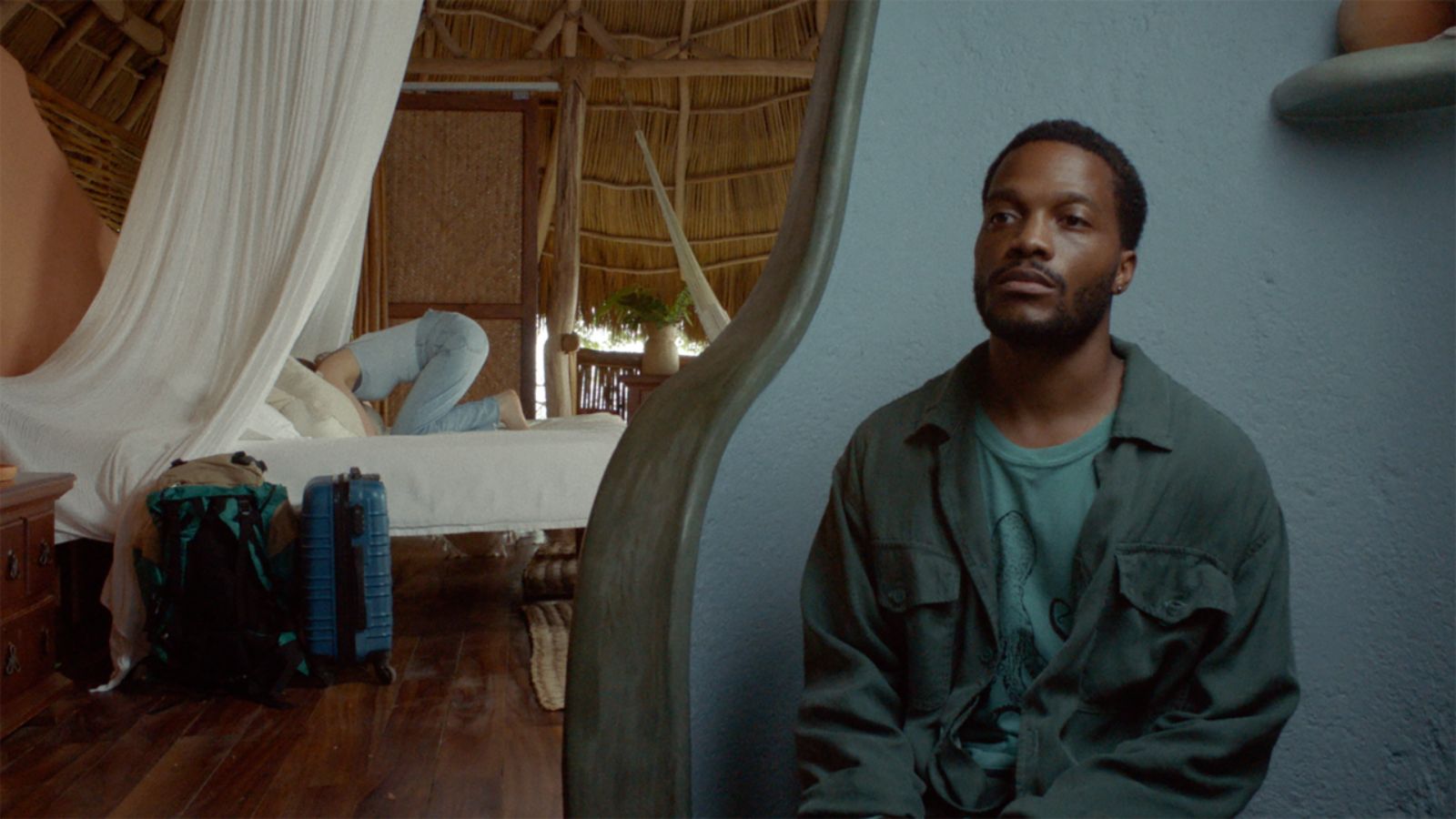 Considering comedy is entirely subjective and in the eye of the beholder, I suspect fans of the comedians in Sarah Adina Smith’s The Drop––allowed free reign to improv for scenes that felt too long and lacking in their humanity––may be more along for the ride. Outside this qualification, the latest from the writer-director of Buster’s Mal Heart falls quite flat.

Lex (PEN15’s Anna Konkle) and Mani (Jermaine Fowler) are two LA-based hipsters in their mid-30s. Lex is the founder of an ironically named bakery called Carbs; Mani aspires to have a family, even if Lex is still a bit on the fence. They’re of a certain age where one has to start making those decisions and they set out to a remote Mexican island for the destination wedding of Lex’s ex-girlfriend Mia (Aparna Nancherla) and Peggy (Jennifer Lafleur), joined by other couples including a pair of hippies Lindsey and Josh (Jillian Bell and Joshua Leonard) and a tech visionary (Utkarsh Ambudkar) and his actress wife Shauna (Robin Thede). All four are somewhat self-centered individuals, either dropping names, dropping drugs, or dropping one-woman shows. Shauna is the most successful of the group, best known for her role playing the President of the United States on a network TV show, and flies everyone first-class to the island.

The Drop quickly loses steam as we learn just how self-centered each of these characters is, disconnected from any semblance of reality. It’s hinted that Lex has dated both Josh and Mia, but this is treated somewhat superficially. The film models relationships that are a bit boring and safe, opening up a series of more interesting inquiries without ever delving into any with insight. The fatal flaw is that Smith’s script doesn’t really give each of these talented performers a runway to develop their characters beyond a basic sketch. Their presence might have been funny for a Saturday Night Live skit or web series, but as stretched into a feature, the people we’re spending time with feel caught adrift.

The film’s narrative is spurred when Lex drops Mia and Peggy’s newborn at the airport after she believes a bee may have stung her. This, of course, sets the tone for a sketch that might have been a funny comedy of manners in another form. Adina’s script feels like a blank canvas for a mode of improvisation that grows old as the men and woman discuss the sexual appeal of their partners in one very long scene that is painful to experience.

Produced by the Duplass brothers, The Drop has some hallmarks of their character-driven style, but when it comes to this mode, dramas with tension, stakes, and small apartments are much preferred. Like Pretty Problems, another recent film on the festival circuit about wealthy couples, The Drop feels divorced from reality—designed for a specific audience in mind without letting anyone else into the bubble.

The Drop premiered at Tribeca Festival.