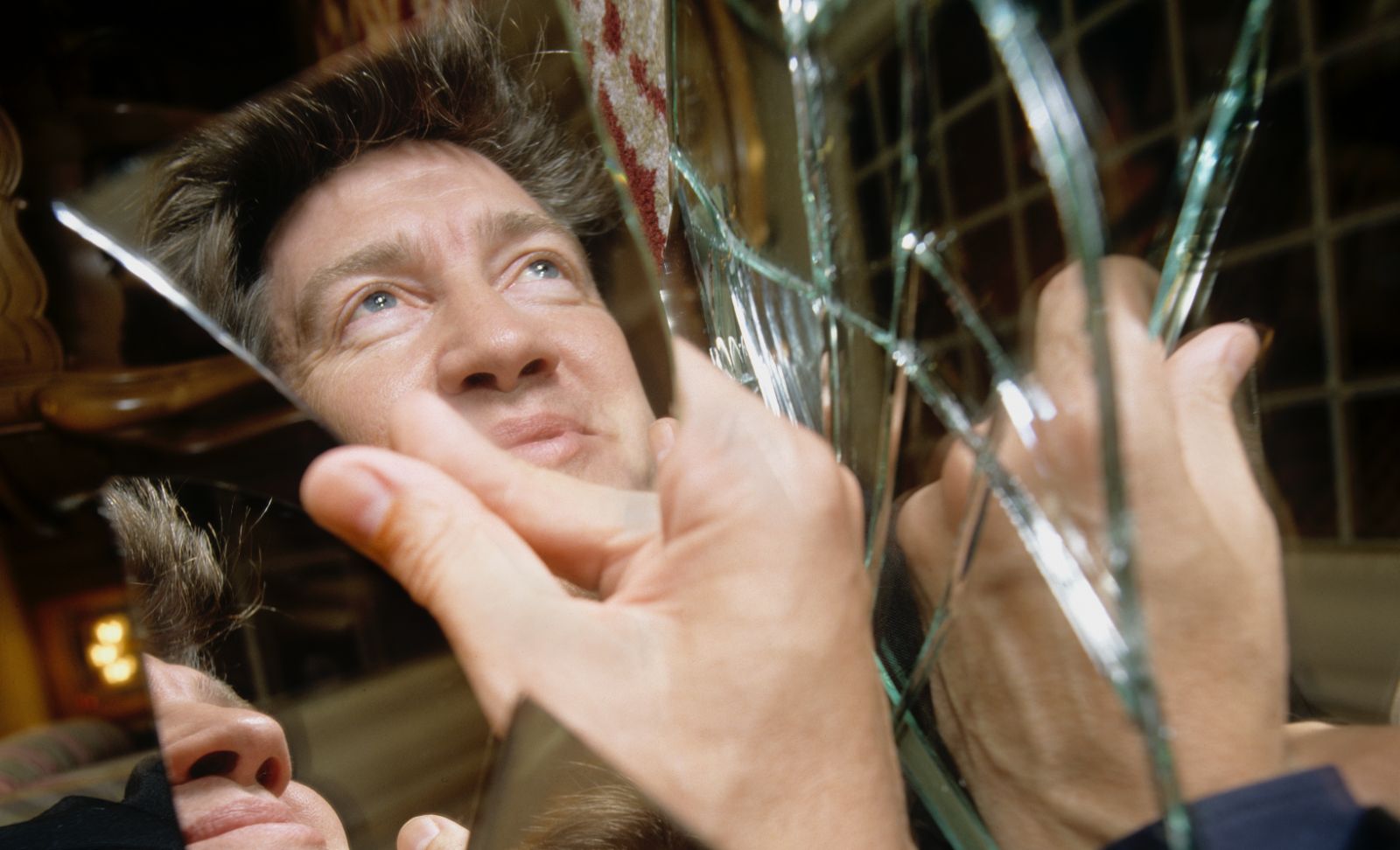 The Wizard of Oz has become a tradition. Synonymous with the wonder of childhood and the wonder of movies, Victor Fleming’s 1939 classic plays in homes across America every year—often cited as the most-watched film in movie history. A portion of those watches come from filmmakers who think it a sacred text, traditional source material for any story they might want to tell. One of those filmmakers is David Lynch, populist surrealist actor, writer, artist, musician, and director.

Lynch/Oz explores the connection between the famous film and dream-focused director. From documentarian Alexandre O. Philippe, this six-chapter inquiry acts as a video essay on that link, each section narrated by a critic or filmmaker, from Amy Nicholson to David Lowery. A mixture of archival footage, interview snippets, and a vast collection of movie scenes, the segments traverse the landscape of Lynch’s directorial efforts and clear parallels to aspects of The Wizard of Oz, nearly all of which bear dramatic and literal gravity. The documentary becomes repetitive in this way, acting as a video assignment for each film lover allotted 20 minutes to riff on the history of cinema through such lens.

But in a wider sense the doc acts as a prism to see the interdependence of film. Lynch consciously puts in Oz-like flourishes throughout his work––the red shoes, the constant dialogue references, the idea that this film exists within Lynch’s own works. Subconsciously, the 1939 landmark permeates his entire corpus––as with most popular movies over the last 50 years. Oz has influenced countless screenwriters and directors with its use of Technicolor, its world-building, its idea of an alternate fantasy, and a young character’s journey to find her way back home.

With each passing section, known quantities such as The Big Lebowski and It’s a Wonderful Life are discussed. Critic Amy Nicholson looks at the other-dimensional nature of Lynch, the shared, common knowledge of Oz as a backbone for his work. Documentarian Rodney Ascher discusses the thin layers between the created worlds of film, the affinity for naive characters who go on unplanned expeditions, flying through space and time to alternate places.

The idea of an adventure has always appealed to Lynch. Using the language of The Wizard of Oz, he crafts strange, dreamy stories that become more approachable through images we’ve seen before, pictures that exist deep within us, likely due to a childhood viewing of Oz and other classics. Though the director rarely speaks in detail about the meaning and inspiration between his works, it’s plain to see his affinity for Oz and a primal need to incorporate it into his art. He’s a creature of habit in his daily life and filmmaking, as he continually repeats in slight interviews.

The cosmic energy of Oz and Lynch’s filmography becomes undeniable, especially when hearing about this bond from established voices. Sci-fi indie staples Justin Benson and Thomas Moorhead spend their time parsing through Wild at Heart, the need for Lynch to incorporate this classic into the fabric of this romantic crime drama. Director Karyn Kusama talks about Lynch’s work being governed by irrationality, arriving at ideas through a trip of the subconscious. It’s against habitual, more meticulous observations made earlier in the film, yet even when two sections ascertain two opposing ideas they can live within the documentary. Philippe gives space to all of these narrators within his (assumedly) loose script.

As an act of documentary filmmaking, Lynch/Oz succeeds because of the source’s well-worn text. It’s a work nearly all have seen yet few have investigated further, in our collective consciousness without much analysis—a holy film we watch as kids and then 25 years later as parents. It might be a part of family Christmas rituals for some, keeping it at the forefront, but for most, watching it again has become a sign of a different age, a growing up-of-sorts. For Lynch and others it’s a tradition, part of daily life and necessary canon that informs how movies continue to get made.

For a Lynch diehard, Lynch/Oz will be catnip. For any average moviegoer, it digs into the well of American cinema history with enough fascination that it’s worth a watch. As said in the documentary by David Lowery––whose final section acts as a love letter to Lynch and the secret revelations hidden in our favorite films––watching any movie is an act of transportation. And, if nothing else, Philippe’s film effectively transports you into the unexpectedly similar worlds of David Lynch and Oz.

Lynch/Oz screened at the Tribeca Festival.