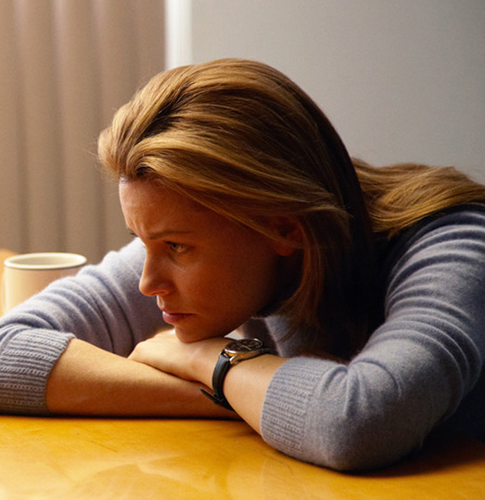 Every Secret Thing effectively melds the sensibilities of its director Amy Berg (best known for her feature documentaries Deliver Us From Evil and West of Memphis, both complex films involving children and tragedy) and screenwriter Nicole Holofcener (who pushes the complex, triangular mother-daughter-daughter’s friend of her film Enough Said to thriller territory here). Adapted from a novel by Luara Lippman,  the film opens seven years in the past when two girls from different sides of the track attend a birthday party. Alice, whose mother Helen (Diane Lane) is an art teacher and Ronnie, who lives in poverty, are expelled and find a baby left unattended. They decide to take the child in and we learn from the headlines in the film’s title sequence the baby does not survive.

Ronnie and Alice are sent to a detention center for 7 years and emerge to assemble their lives. Ronnie (Dakota Fanning) works in a bagel shop while Alice (Danielle Macdonald) aimlessly walks the streets of Orangetown, a diverse upstate New York hamlet, and becomes a prime suspect when another child goes missing. This time it’s the daughter of a young couple (played by Common and Sarah Sokolovic). Mirroring the crime from years past, Cynthia Barnes (Renee Goldsberry), whose daughter had died seven years earlier earlier, bonds with the couple while advising the police of one obvious clue: this bi-racial girl is a “dead ringer” for her little girl.

Nancy Parker, a detective who never works these cases — well, at least not anymore — takes control of the investigation. She’s played by Elizabeth Banks in a performance that quite frankly is exactly what it is; Nancy has all of the complexities required of the plot, but otherwise isn’t terribly interesting. The film does effectively blend the darker sensibilities of Berg, whose documentaries often concern the exploitation of children, perhaps providing her with a fictional creative outlet for the themes she explores in these previous works. A ripped-from-the-headlines kind of story, it functions with all of the twists and turns required, a bit like a female-centered version of Prisoners. That film, of course, contained dark and violent elements that are mostly missing in Nicole Holofcener’s screenplay. Holofcener is unlikely scribe for a thriller, however she expands upon make darker a theme of her brilliant comedy Enough Said: the aforementioned dynamic between mother and daughter, and daughter’s friend, whom mother may actually have a strong bond with. Helen, played by Lane, is a complex free spirit, an art teacher who projects expectations onto her daughter.

Of note is the film’s breakout performance by Danielle Macdonald as Alice. Manipulative and confused, Macdonald’s performance projects a strong emotional complexity required to flesh out Alice, saving the film from Lifetime Original Movie territory. All and all, Every Secret Thing in the moment did keep me guessing. As a thriller, it’s compelling and well-crafted even in its flat and perhaps more obvious moments. The trick, I think, would have been for the film to continually keep us guessing with a more developed performance by Banks.

With that said, Every Secret Thing delivers a strong sense of upstate New York atmosphere, including what does feel like an accurate portrait of hard-hit blue-collar communities while underscoring just how liberating the documentary form can be. In documentary, a filmmaker will figure out how to crack a story and make it cinematic while remaining ethically bound to tell the real story. The best films are often stranger than fiction; this story just isn’t quite as strange or infuriating as Berg’s West of Memphis.