Tribeca Review: 499 is an Immersive, Evocative Exploration of Violence and Migration 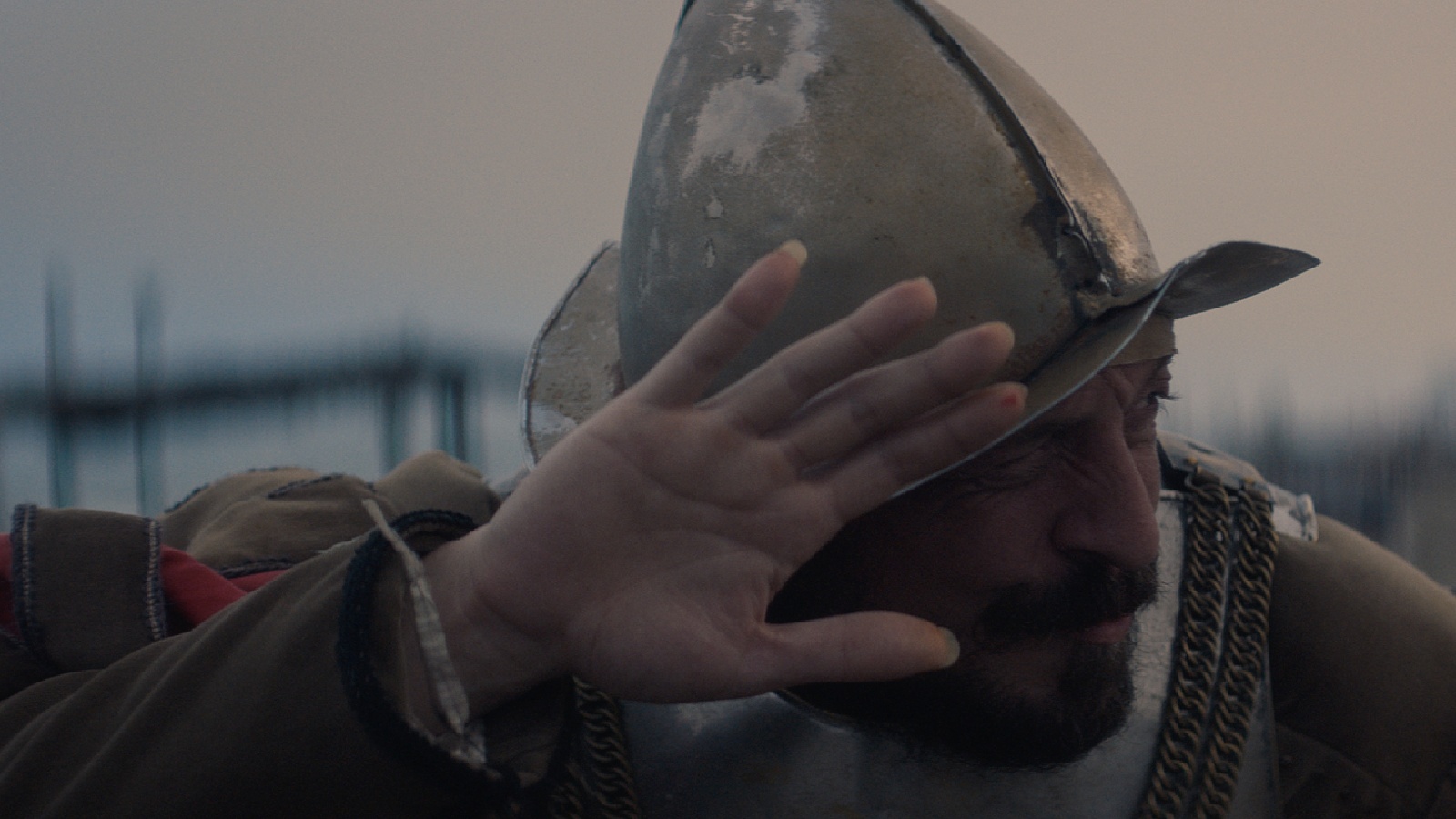 Before a screening of Apichatpong Weerasethakul’s Cemetery of Splendour a few years ago at the New York Film Festival, programmer Dennis Lim read a note from the filmmaker inviting audiences to experience his film with an open mind, telling us not to worry if they didn’t understand the political context for the work and that if we fell asleep that would be alright with the filmmaker as well. 499, a provocative and at times meditative film that studies the legacy of colonial violence, functions partially in the mode of Weerasethakul offering us the kind of space to enter the frame and explore alongside the film’s inquisitive 16th-century conquistador (Eduardo San Juan), who has washed ashore in contemporary Mexico.

Making his way northward, the film explores the legacy of violence as he crosses desserts, shorelines, cities, and jungles, dropping in on real subjects affected by violence. Suggesting a kind of original sin, the conquistador wonders wondering what role he’s played in shaping this cruel legacy. The stories stick with him as an all-seeing ghost spending time in the consciousness of the victims: those left behind include a journalist, an honest cop, and a young woman brutally taken from their families. Some have closure in the form of details, others are still searching for their sons and daughters, taken away by untouchable cartels and gangs.

Directed by Rodrigo Reyes, 499 is an immersive documentary-narrative hybrid, a film in which the beauty of its landscapes, flowing dunes, forrests covered in fog, and cities bustling with life obscure the violence inherent within these societies. The film uses evocative widescreen photography (by Alejandro Mejia) much in the way that an IMAX picture commissioned by a museum does to draw us into a kind of mythology that includes both the “Mexican dream” of working hard to achieve your goals and the original sin of the conquistadors taking slaves, pillaging, raping, and claiming the territory for their own.

The metaphor is apt when taken a bit further as the conquistador sees himself and common humanity in refugees fleeing other parts of Latin America for Mexico and perhaps further north. 499 is a ghost story rooted in a shared empathy with an often singular focus. Impeccably paced, it presents these issues as a spiritual quandary rather than a problem that can be easily solved by governments.

The film’s focus grows slightly cloudy in its third act, falling just shy of sounding an alarm as its immigration narrative builds to a solid thesis. Nonetheless, 499 is often as riveting as it is stunning to consume: a spiritual journey punctuated with inhumane acts of violence intertwined with a certain national identity. Reyes offers an ambitious and unflinching portrait of contemporary Mexico that provides a vague answer regarding the endgame of the violence in the country.

499 was selected to premiere at Tribeca Film Festival.