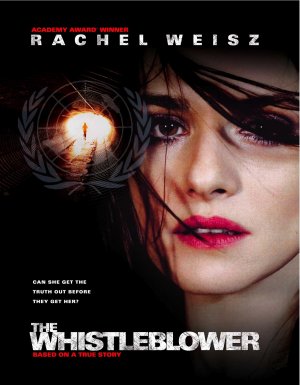 Trailer: Rachel Weisz is ‘The Whistleblower’

One of the titles I missed at TIFF last year was the Rachel Weisz drama The Whistleblower. Larysa Kondracki‘s political thriller played to decent reviews and we now have our first theatrical trailer. The film seems to be good prep for the actress, who is attached to the female lead role in The Bourne Legacy, opposite Jeremy Renner.

Aside from that tentpole, she has a promising few years ahead, reteaming with Fernando Meirelles (whose The Constant Gardener she won the Oscar for) in the sex drama 360, as well as matching up with Daniel Craig for Dream House this fall, and recently wrapping up on Terrence Malick‘s untitled romantic drama, and finally, as a witch in Sam Raimi‘s Oz: The Great and Powerful. Here, she stars with Vanessa Redgrave, Monica Bellucci, David Strathairn, and you can check out the tense trailer below via Apple. Inspired by actual events, Kathy (Academy Award(R) winner Rachel Weisz) is an American police officer who takes a job working as a peacekeeper in post-war Bosnia. Her expectations of helping to rebuild a devastated country are dashed when she uncovers a dangerous reality of corruption, cover-up and intrigue amid a world of private contractors and multinational diplomatic doubletalk. Directed by first time filmmaker Larysa Kondracki, the film also stars Academy Award winner Vanessa Redgrave, Monica Bellucci and Academy Award nominee David Strathairn.