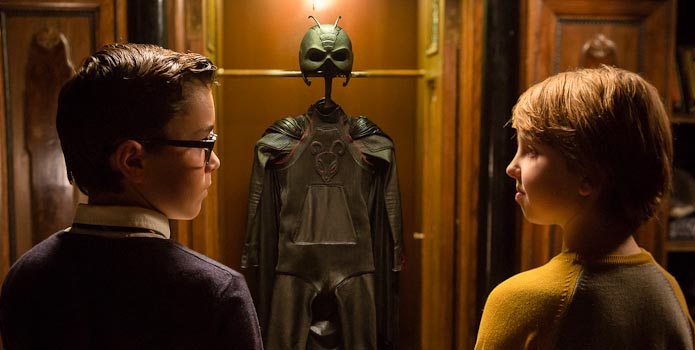 Trailer For the Latest Superhero Film, ‘Antboy,’ Premiering at TIFF Getting ready for Edgar Wright‘s Ant-Man, or simply exhausted by the endless string of superhero films? A new project premiering at Toronto International Film Festival will be right up your alley and we’ve got the first trailer today. While Kick-Ass, whose sequel lands in theaters this week, took kids and went to the superhero extreme, Antboy takes a welcome G-rated approach.

Based on Kenneth Bøgh Andersen’s books, the Ask Hasselbalch-directed Danish project follows a shy twelve-year-old who becomes a superhero after being bitten by a very special ant. It looks like a charming surprise and hopefully one we’ll be able to catch while in Toronto. Check out the trailer and new stills below for the film starring Oscar Dietz, Nicolas Bro, Samuel Ting Graf and Amalie Kruse Jensen. Antboy premieres at Toronto International Film Festival, which kicks off on September 5th.