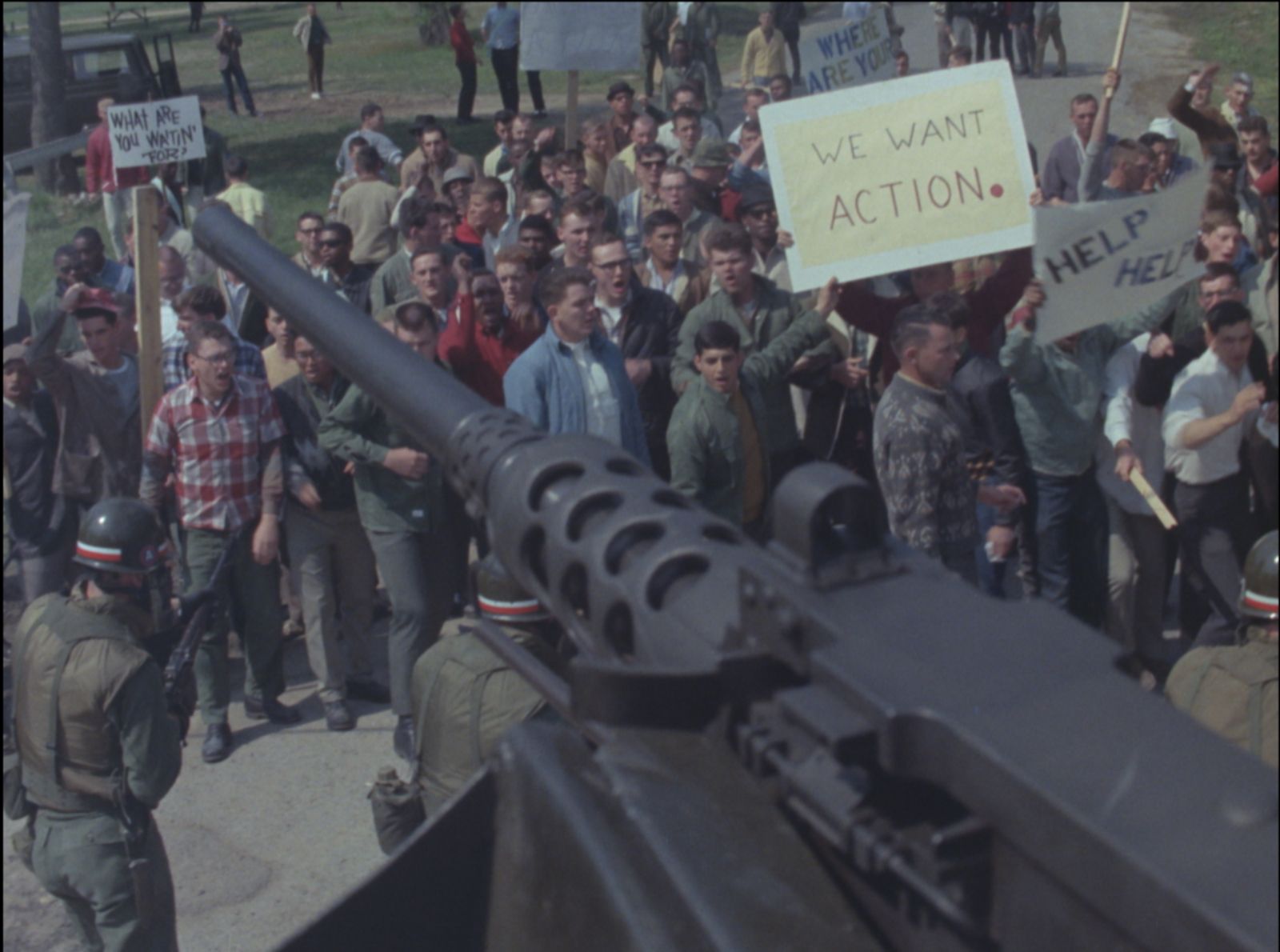 One of the most fascinating documentaries to emerge from Sundance Film Festival this year is Sierra Pettengill’s archival exploration of Riotsville, USA, a point in American history when the nation’s rulers––politicians, bureaucrats, police––were faced with the mounting militancy of the late-1960s, and did everything possible to win the war in the streets. Using training footage of Army-built model towns called “Riotsvilles” where military and police were trained to respond to civil disorder, in addition to nationally broadcast news media, the film connects the stagecraft of “law and order” to the real violence of state practice. Ahead of a September release, the first trailer has now arrived.

Shayna Warner said in their review, “Riotsville isn’t just a place. It’s an idea; a fiction written by the enforcers of order to “demonstrate the presence of a superior force.” Riotsville is portable and meant to be transplanted no matter the material conditions of what it may disturb. Riotsville is violence done to civilians in the name of maintaining their own civilized society. To put it bluntly: Riotsville is federally funded fascism, and as director Sierra Pettengill’s urgent, meticulously collaged documentary outlines, it laid the foundation for the tactics and overwhelming funding of police brutality we see today.  Riotsville, USA is a documentary made entirely of archival footage from the 1960s, much of it helpfully recorded by the U.S. military.”

Riotsville, USA opens on Sept. 16 in theaters and on VOD.