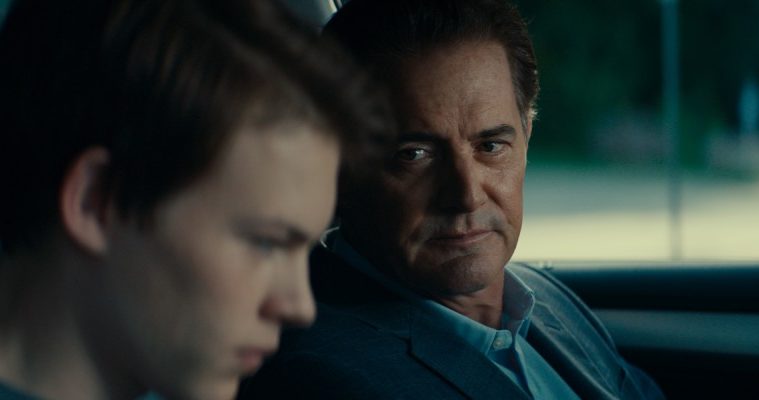 Trailer for ‘Giant Little Ones’ Affectingly Explores the Damage of Homophobia

Considering the breadth of films that arrive at the Toronto International Film Festival, a few gems can get lost in the shuffle. One to highlight as it opens this spring is Keith Behrman’s Giant Little Ones, which affectingly explores the damage of homophobia in a small town community. Starring Josh Wiggins, Maria Bello, Kyle MacLachlan, Darren Mann, and Taylor Hickson, the first trailer (which includes a few quotes from our outlet) and poster have arrived.

Jared Mobarak said in his review, “Writer/director Keith Behrman knows exactly what he’s doing when introducing a variety of people along the sexuality spectrum in his latest film Giant Little Ones. He’s intentionally flooding his canvas so that we have no choice but to accept them all rather than turn our focus onto just one. There’s no room for token characters anymore, the real-life disparity between heterosexuals and homosexuals closing as each year passes. So Behrman looks to represent that change on the big screen by giving his lead (Josh Wiggins’ Franky Winter) a trans friend (Niamh Wilson’s Mouse), a gay father (Kyle MacLachlan’s Ray), and a gay teammate on the swim team (Carson MacCormac’s Michael). He surrounds Franky with non-cisgender characters to love, resent, and accept each for different reasons that transcend compassion.”

Franky Winter (Josh Wiggins) and Ballas Kohl (Darren Mann) have been best friends since childhood. They are high school royalty: handsome, stars of the swim team and popular with girls. They live a perfect teenage life – until the night of Franky’s epic 17th birthday party, when Franky and Ballas are involved in an unexpected incident that changes their lives forever.

Giant Little Ones is a heartfelt and intimate coming-of-age story about friendship, self-discovery and the power of love without labels. Giant Little Ones opens on March 1.