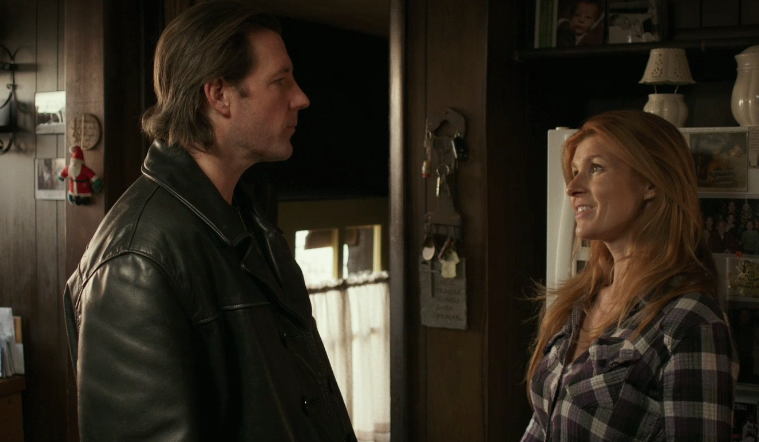 Since no major studio is doing so themselves, the prolific Edward Burns has taken it upon himself to create one of, if not the only, Christmas-themed film this holiday season. Coming off last year’s Newlyweds (and Nice Guy Johnny the previous year), The Fitzgerald Family Christmas sees the writer/director in a familiar low-budget independent drama arena, but this time dealing with a larger ensemble than his last few features.

Taking along some of his The Brothers McMullen co-stars, his latest film, premiering at TIFF, looks to effectively capture the holiday tone amongst some interfamily struggles. Check out the first trailer below via Apple for the film starring Burns himself, along with Kerry Bishé, Heather Burns, Connie Britton, Dara Coleman, Brian D’Arcy James, Marsha Dietlein Bennett, Noah Emmerich, Caitlin FitzGerald and Anita Gillette.

With The Fitzgerald Family Christmas, Burns returns to the working-class, Irish-American roots of The Brothers McMullen. Reuniting with McMullen co-stars Connie Britton (Friday Night Lights), and Mike McGlone, along with Noah Emmerich (Little Children, Beautiful Girls) and Kerry Bishe (Newlyweds, Red State), Burns seamlessly weaves an ensemble story of adult siblings dealing with the desire of their estranged father (Ed Lauter, The Artist, The Longest Yard) to return home for Christmas for the first time since he walked out on his family 20 years ago. Family rifts emerge, and like with any family, Christmas brings a mixed bag of complicated emotions and dynamics. Alliances form, old wounds are reopened or glossed over, and the possibility for a new hope and forgiveness emerges.

The Fitzgerald Family Christmas arrives on VOD on November 21st and in theaters on December 7th.