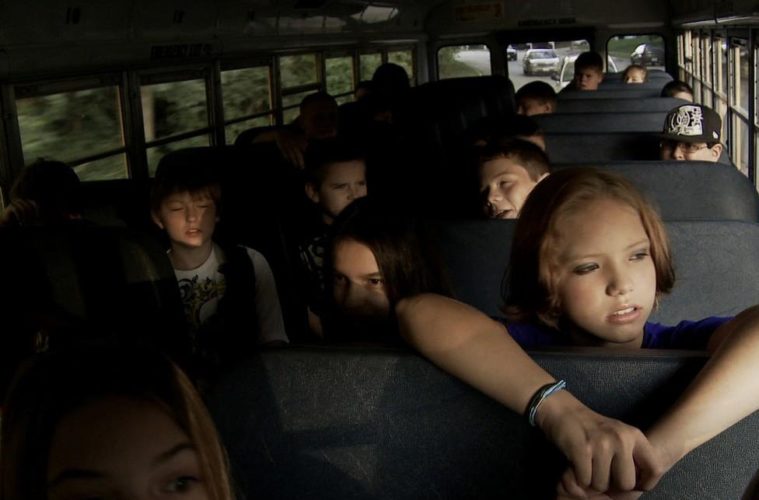 Trailer For ‘Bully’ Lands as Weinsteins Stir Up MPAA Controversy Bullying has been a buzzy topic lately, and here to document the issue is Lee Hirsch (Amandla!). His new documentary, Bully (previously titled The Bully Project), won the audience and jury awards at a number of film festivals and is poised for a limited release stateside next month. Although The Weinstein Company is known for being a crowd-pleasing powerhouse with films like The King’s Speech and The Artist, they do split some of their efforts to find captivating documentaries. Their Undefeated is one of our favorites of the year and now they have plans to release this film next month, but have already run into some problems.

The MPAA has slapped the film with an R-rating for profanity, losing some of its key teen audience the documentary is intended for. In true Harvey Weinstein fashion he will bring along one of the victims in the film, Alex Libby, to appeal to the MPAA this week. Stay tuned for the verdict and in the meantime, the first official trailer for Bully went up today and you can see it below.

Directed by Sundance and Emmy-award winning filmmaker, Lee Hirsch, “Bully” is a beautifully cinematic, character-driven documentary. At its heart are those with huge stakes in this issue whose stories each represent a different facet of America’s bullying crisis.

“Bully” follows five kids and families over the course of a school year.

Stories include two families who have lost children to suicide and a mother awaiting the fate of her 14-year-old daughter who has been incarcerated after bringing a gun on her school bus. With an intimate glimpse into homes, classrooms, cafeterias and principals’ offices, the film offers insight into the often cruel world of the lives of bullied children.

As teachers, administrators, kids and parents struggle to find answers, “Bully” examines the dire consequences of bullying through the testimony of strong and courageous youth. Through the power of their stories, the film aims to be a catalyst for change in the way we deal with bullying as parents, teachers, children and society as a whole.