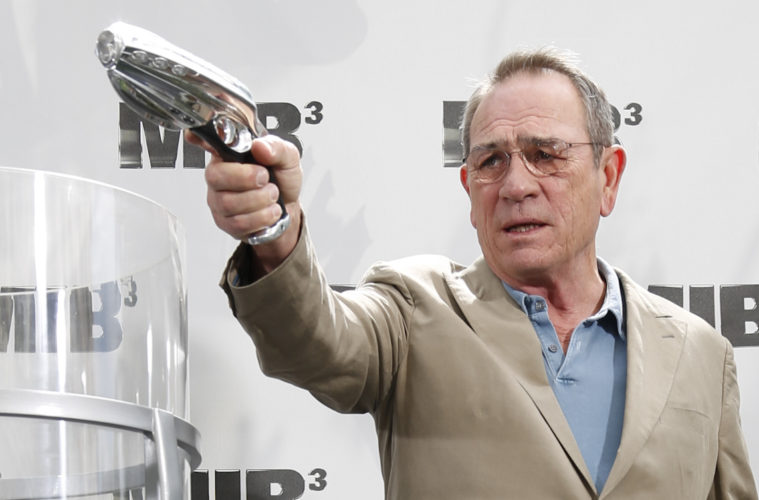 Between the start of his career and the beginning of this decade, Tommy Lee Jones had directed only two projects: a little-seen television film, The Good Old Boys, and an utterly surprising feature debut, The Three Burials of Melquiades Estrada. Since 2010? An HBO production (The Sunset Limited), a second feature currently in post-production (The Homesman), and, now, the remake of a ’70s John Wayne vehicle. I don’t want to make too many inferences, but the patterns would suggest a change in tempo.

According to Variety, Jones and Warner Bros. are about to partner on The Cowboys, a new spin on that aforementioned, eponymous picture — which, despite its title, doesn’t sound to have much of the gunplay popular in modern westerns. Instead of a showdown at dawn, the director-actor is tackling a story of men herding cattle to a market after its protagonist, a rancher, is left in the dust by drivers who’ve decided to look for gold. If it sounds noncommercial, the studio and Jones deserve a spot of credit for going outside the box.

Although no actors are yet locked into place, one might expect that the helmer in question will, with The Cowboys, continue his mutual onscreen-offscreen duties.

In less-prestigious Warner Bros.-related news, Deadline have learned  that the studio, along with Leonardo DiCaprio‘s Appian Way, are making plans for a new version of The Island of Dr. Moreau. Scribes Brian McGreevy and Lee Shipman (the long-pending Zorro Reborn, Hemlock Grove) have been tapped for the update, which will infuse H.G. Wells‘ classic tale — animal and man fused together! the responsibilities and dangers of science! — with, unsurprisingly, “a topical ecological message,” because that’s what “relevant” sci-fi requires nowadays. If you’d ever hoped to see what climate change and deforestation could do to a monstrous half-being, they’ve got the movie for you.

Watch the trailer for the original, aforementioned films below:

Does another Jones-directed project, particularly this one, tickle your fancy? Is Dr. Moreau material worth revisiting?