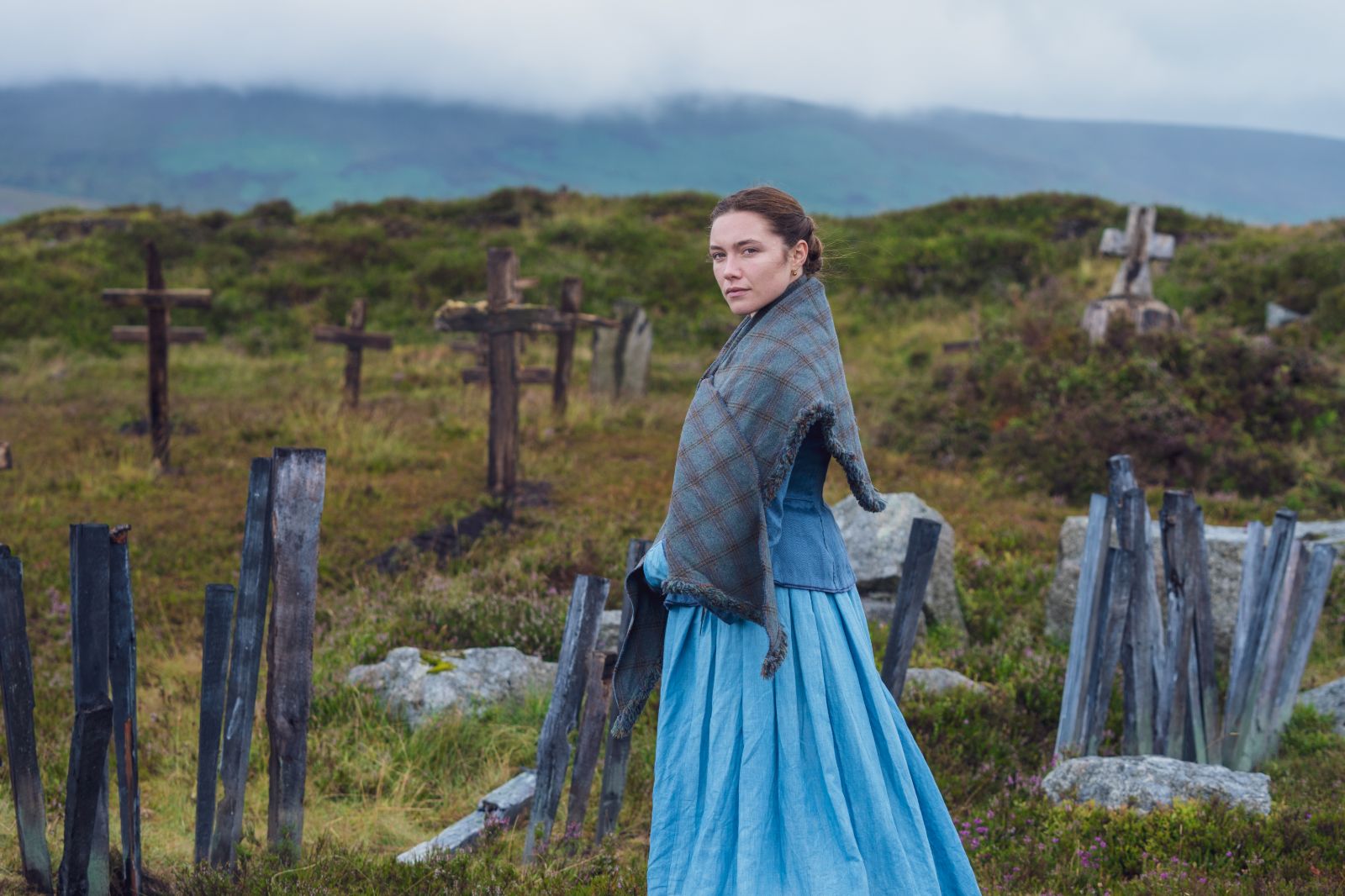 On paper, Sebastián Lelio’s The Wonder sounds like a prime contender for awards season. It’s a period piece set in 19th-century Ireland, adapted from a book by Emma Donoghue (whose 2015 adaptation of her book Room nabbed her an Oscar nomination), directed by an Oscar winner, shot by The Power of the Dog DP Ari Wegner, and led by the massively talented Florence Pugh. It only takes one minute before the film breaks the fourth wall and any preconceived notions as to what it might be, with Pugh introducing herself over footage of a movie set. She explains we’re about to watch a story with characters who have strong beliefs, and asks a favor of the viewer: “We are nothing without stories, so we invite you to believe in this one.” It’s definitely a choice by Lelio—sadly the only interesting one in his film.

That meta bit only exists as bookends, with Pugh’s call to believe prompting the camera to move in on a nearby set, where the story begins and plays out in a straightforward fashion. Pugh plays Lib, a British nurse assigned to a strange job in a small Irish village. A committee in the town asks Lib and a nun to spend a fortnight watching over Anna (Kíla Lord Cassidy), an 11-year-old girl who claims she stopped eating over four months ago. People think it’s a miracle, and with the country only a decade removed from the Great Famine, the news of a girl without hunger causes a stir. Lib’s attempt to find out what’s really going on puts her at odds with Anna’s family and the more devout villagers who think they’re witnesses to God’s will.

As events progress, the purpose of Lelio’s opening is akin to putting down guidelines for viewers. Storytelling is front and center, not faith-versus-science debates or any sort of direct commentary on religion, which are more part of the mix. Every character either has a story to tell or a story they choose to believe, and all of them tie their own identities and worth to them. If these are fine ideas to explore, Lelio and co-writers Donoghue and Alice Birch think creating a narrative with these ideas is enough. Every idea thrown about in service of its broader message is undercooked and half-developed—whether it’s Lib’s dark past that gives motivation for her investment into saving Anna, her opium addiction (tidily isolated from the rest of the film before it resolves itself), her barely there romance with a Daily Telegraph reporter (Tom Burke), the skeptic-believer tensions within the town itself, and the underwhelming conclusion that ties everything up in a neat bow.

Pugh’s performance is more adequate than impressive, a result of her character having background and motivations laid out so there’s little else to take from what’s onscreen. The presence of character actors Toby Jones, Ciarán Hinds, and Brían F. O’Byrne are welcome, but their limited screen time gives them little to work with. Ari Wegner’s cinematography remains reliable in its impressiveness, although her methods (shooting on digital, printing to film, then using the scanned print with all its imperfections) call attention to itself rather than provide any substantial benefit. And Matthew Herbert’s score, while more experimental than one might expect from a period piece, amounts to a curiosity that might be better appreciated on its own. Lelio starts his film asking us to believe in the story he’s about to present; he might have focused more on making a good one.

The Wonder played at the Toronto International Film Festival and will be released on Netflix on November 16.