TIFF Review: The Swearing Jar Takes an Uplifting Look at the Messiness of Love 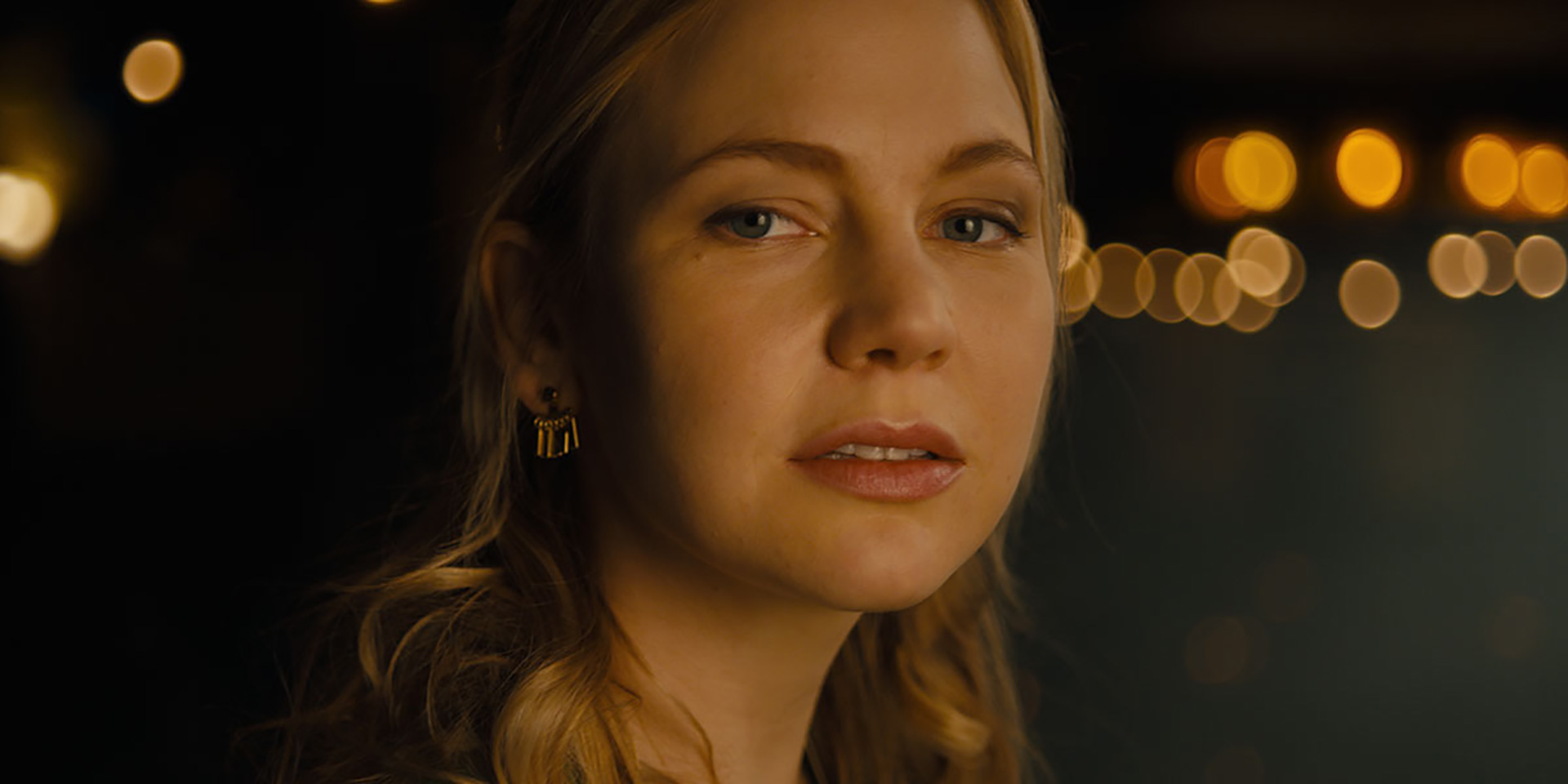 Both Carey (Adelaide Clemens) and Simon (Patrick J. Adams) have news. Who should go first? Well, there’s a reason most people ask for the bad. Yes, they often want the good news to soften the blow rather than have it ruined by the bad, but what about the risk that doing it the other way around might cause the bad news never to be spoken? That’s what happens here. Who knows what might have been if Simon spoke first? But because he didn’t, Carey’s revelation that she’s pregnant—and he’s always wanted a child—causes him to put the piece of paper in his hand back into his coat pocket before pumping his fists in the air with unbridled joy. Why erase that high? His disclosure can wait.

We know what it is, though. How can we not? Director Lindsay MacKay and writer Kate Hewlett are so uninterested in hiding it from us that they make it so almost every subsequent scene finds Simon’s smile fading or his cheery language turning fatalistic. A clock has begun to ensure his worry is less about the fact that he’s going to die soon and more about whether he’ll be able to hold on long enough to meet his baby. Yet Carey still doesn’t know. She knows something is off. And the weirder he gets, the wilder her assumptions grow into accusations of affairs or him no longer loving her. All he must do is tell the truth. Sure, it’ll hurt. But they’ll be able to confront it together.

The Swearing Jar is thus balancing on quite the narrow tightrope, especially once we meet neighborhood bookstore clerk Owen (Douglas Smith). By not telling Carey about his health, Simon is forced to resort to gaslighting each time she brings up how something is amiss. So it’s near-impossible to pity his plight. That frustration with his actions, however, doesn’t also guarantee that we’ll blindly condone Carey’s response: flirting with Owen. Because two wrongs don’t make a right. And that is what appears to be happening until the constant cuts to Simon’s fortieth birthday party with everyone filming an individualized greeting gradually reveals Owen on-stage singing and playing guitar with Carey. What, then, is really going on? Are the filmmakers playing with the timeline to gaslight us? Sort of.

Your level of enjoyment is thus predicated upon whether you can accept that obvious manipulation. Because it is manipulation. It’s a series of lies by omission that seeks to better set-up the narrative’s optimal emotional impact. Here’s the thing, though: it works. The more we get to know Carey and her love for Simon, the more we understand that the assumptions being presented cannot be true. And while I would have liked Hewlett and MacKay to have found a different path to their desired result, I cannot deny that keeping certain secrets behind wraps did augment the potency of their revelations. It’s a shrewd mirror onto Carey’s life, too, showing how lies are unavoidable and forgiveness more for the forgiver than forgiven.

We must juggle a lot in the process, though. There’s Carey and Simon’s wonderful rapport—two lovers of profanity who have agreed to try toning done their vulgar senses of humor when throwing barbs and twisting each other’s words for a laugh as preparation for becoming parents. There’s the cutely awkward courtship between Carey and Owen—two kind souls who hate secrets despite her carrying a big one herself. And, of course, the intriguing unknown borne from their collision at the party with Carey singing love songs to Simon while Owen accompanies her, and inevitably feels the pain that love inflicts. It’s three very distinct threads whose convergence can only be assumed at first. Thankfully it all makes sense once they do, and ultimately becoming better for it.

Because the whole film is a mirror. It’s about Simon holding onto devastating news and the consequences of that decision opposite Carey shrouding crucial information about herself and the aftermath of being found out. The idea is to see how both are making selfish decisions. Both are presuming to know what’s best for the person still in the dark. The result is anger and rage, a feeling of betrayal. The characters more or less laugh when Simon’s mother Bev (Kathleen Turner) talks about her husband “leaving” her to raise their son alone when he actually died because they understand the unavoidable resentment that arises, regardless of fate taking the wheel. And then they feel the sting when it happens to them. They’re forced to wake up to reality.

It’s complex and messy. To lose something like love in an instant is to question and judge everything that came before instead of remembering it with fondness. Where does grief end and acceptance begin? Does grief ever end? These are the questions Carey asks herself as she reconciles being the victim of a lie against being the perpetrator of one. Add the fact that her lie is really one she’s been telling herself out of anger and guilt and it’s a wonder she hasn’t completely broken down. That’s the one she must confront. Not Simon’s decisions. Her own. She must confront her identity in the aftermath of all that happened and why she lashed out at those who were doing their best with their own debilitating anguish.

To say The Swearing Jar is an uplifting film without a clarifier such as “bittersweet” is perhaps a tough sell, but that’s exactly what it is. If death looms large and the characters are all struggling with its impact, they’re doing so in a way that will ultimately lead them towards productive means to cope, heal, and find happiness again. Adams is great at toeing the line between manic and depressive, considering he can only trick himself into forgetting his mortality for so long before it floods back. Smith is his ever-endearing self. And Turner proves the unsung hero who never minces words, compelling the rest to acknowledge their mistakes. None of it means anything without Clemens, though. She’s the film’s heart and soul, hurtling towards the unknown.

The Swearing Jar had its world premiere at the Toronto International Film Festival and opens in limited release on September 23.