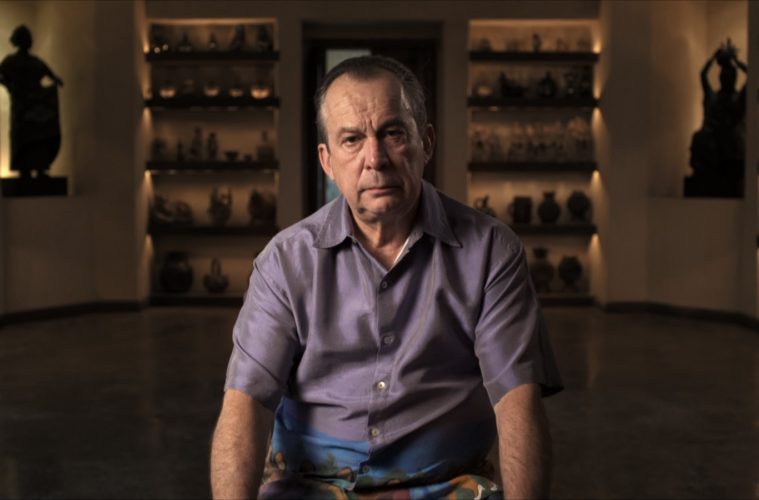 At first glance, The Mayor appears to tell a very interesting story in a rather bland way as directors Emiliano Altuna, Diego Enrique Osorno and Carlos Rossini choose an intimate approach, the fireside chat. Mauricio Fernandez Garza is the twice-elected mayor of the wealthy enclave of San Pedro Garza Garcia, a suburb of Monterrey, Mexico. Committed to public safety, he undertakes a series of measures including the formation of an intelligence group to preserve order in what essentially is a walled-off wealthy community. Controversial, but no different than the divide in city services that exists throughout the US, as wealthier towns have better city services than inner cities.

The film is told via a talking head approach with a heavily restrained visual style, relying on archival footage and news reporting; it never presents the true horror of these crimes, relying instead on an intellectual argument verses an emotional one. Mexican journalists who report on drug cartels are targets, prompting Cuidad Juarez’s El Diario de Juarez to run the now famous front page editorial titled “What Do You Want From Us?” in response to the murder of a 21-year old photographer. The Mayor offers personal details without really providing us with the nitty gritty operational details. Perhaps this is a film before its time; Garza is a fascinating figure and the film caused me to do additional research on him and the issues. In fact, this is a very rare instance in which perhaps there is a case to be made for the use of a smart phone at the movies; when a documentary is either not playing fair or providing the details you want it to, it’s tempting to not conduct on the spot research. The Mayor is a study of time and place, and status quo in San Pedro. Death threats and action are rampant, including several assassinations of government officials, notably a police officer (in broad daylight) and the head of Garza’s police intelligence division. Resistant, the mayor continues along via modern police tactics, including counter-surveillance and database management. Partly biographic, we learn a bit about the family man — marrying at age 20, he’s the son of a rich industrialist. In essence business built the modern city he aims to protect, with the goal of zero shootouts, zero kidnappings, zero deaths, and the elimination of unnecessary government bureaucracy.

The material presented here would make for a riveting short subject documentary; at 79 minutes the film looses focus and energy – relying often on a single talking head interview and archival materials. The story deserves a richer, more energetic portrait and while I admire the film is restrained and reflexive (the filmmakers don’t pump this story up to the level of an action film), the tale is told by a man who lives in a heavily guarded compound. With nine reporters this year alone killed covering the drug war, I cannot blame the filmmakers for only trekking ankle deep into this complex and dangerous story.

The Mayor screens at TIFF on Sept. 10th, 12th and 14th. See the trailer above and click below for our complete coverage.