TIFF Review: The Daughter is a Pregnancy Drama That Grows into a Psychological Thriller 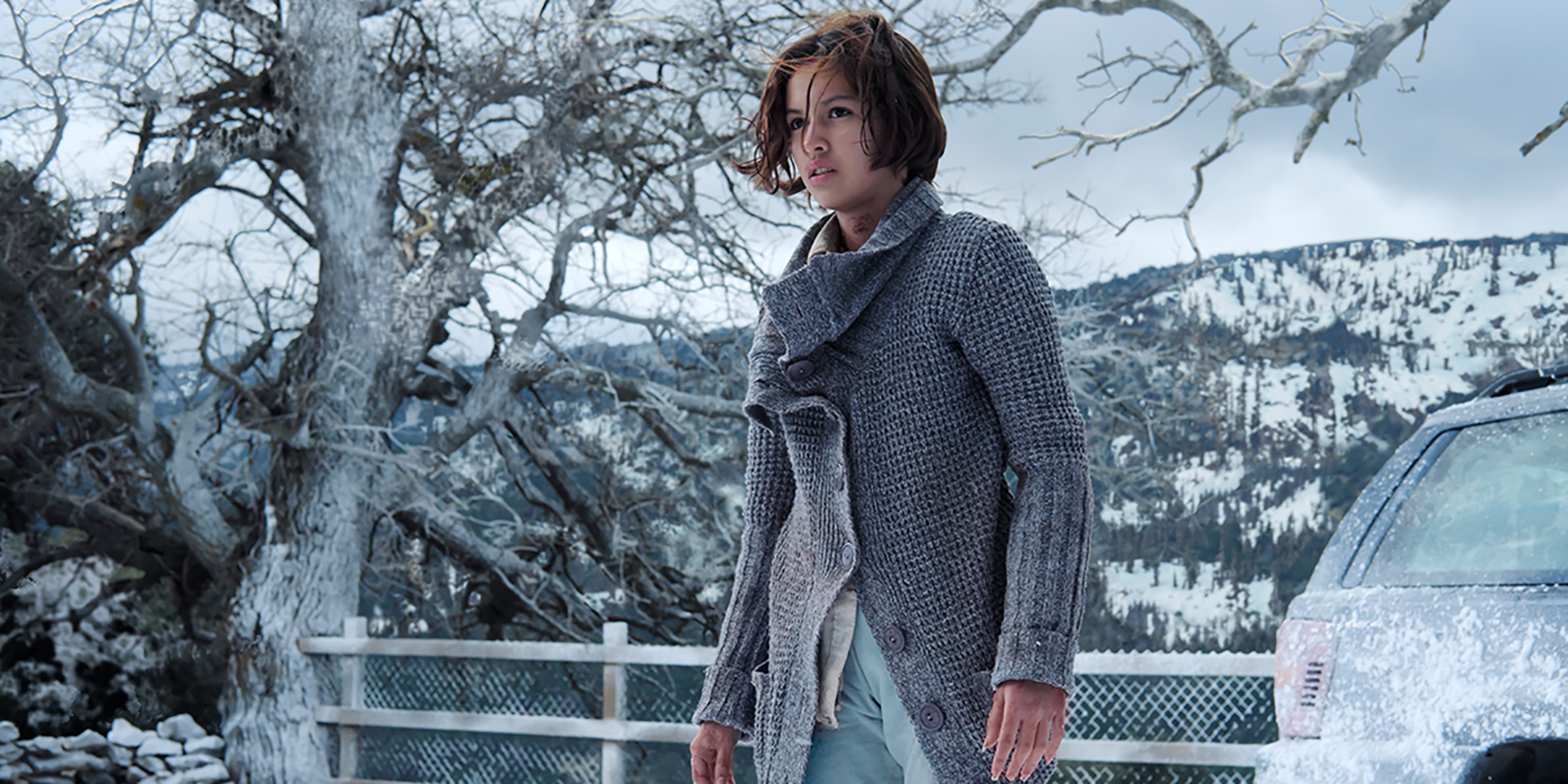 The plan is simple but risky. Javier (Javier Gutiérrez) has worked at a juvenile delinquent center for two decades, interacting with all kinds of troubled teens. After trying to conceive a child with his wife Adela (Patricia López Arnaiz) for almost as long, they’ve yet to succeed. As a result, Javier can’t help but see a new resident as a means to an end wherein both parties can benefit. Irene (Irene Virgüez) is 14, pregnant, and in love with Osman (Sofian El Benaissati), a boy currently jailed for a violent offense. Not knowing what to do, the teen leans towards abortion before Javier intervenes. He proposes she carry to term, give him the baby, and walk away free with enough money to go anywhere. She agrees.

Working from a story by Félix Vidal, director Manuel Martín Cuenca and co-writer Alejandro Hernández concoct this seemingly fool-proof, clandestine operation at the center of La hija [The Daughter]. Not only will Javier smuggle Irene to his home miles away from the city on a gated property in the middle of nowhere; Adela will also pretend to be pregnant so no one will question why they suddenly have a child six months later. What works on paper, however, isn’t always so sound when you introduce the participants’ fluctuating whims. This is especially true when talking about immature and abused youths who’ve been manipulating authority figures their entire lives. Javier believes the prospect of money will outweigh losing a child and becoming a fugitive, but circumstances tend to change.

What begins as a solid dramatic premise wherein Javier and Irene start going toe-to-toe by testing each other’s limits (to see how much good will acquiescence might provide) eventually takes a turn towards psychological thriller thanks to the inclusion of two wild cards: Javier’s detective friend Miguel (Juan Carlos Villanueva) and Osman himself. The more people get involved, the more exposed the central couple becomes. And the further along Irene’s pregnancy progresses, the realer the prospect of being a mother gets for Adela. So: how far will all parties go to come out the other end with what they want? Manipulation can only take you so far when you’re also being manipulated. At some point actions prove necessary to achieve the desired results.

I’ll leave the forms those actions take to the film, as you might not expect them from characters you meet at the start. A lot happens in six months of a high-pressure situation where the upper hand is often a matter of mutually assured destruction, though. Some twists and turns can take a bit longer to manifest than you may want—the two-hour runtime can be felt—but it does add up to a compelling narrative. A big part of that truth comes from the fact that this was never a clean ordeal. Javier and Adela can talk about “risk” all they want where it concerns helping Irene, but they’ve ostensibly kidnapped her and, in so doing, hold most of the power.

Are we thus able to align with either? Not really. The unborn baby is the sole innocent here, its fate tied to their trio stopping themselves from going too far. Can any price be enough to walk away when the prospect of raising it becomes so close? Ask Adela and Irene about halfway through and their answers won’t include dollars or cents anymore. This battle becomes personal. How could it not? Even when surrogates have signed contracts dictating terms, the transition of guardianship isn’t guaranteed until the last possible second. And what of Osman finding out Irene didn’t get an abortion? What about Miguel catching Javier in a lie to confirm his already growing suspicions? The corner they’ve all backed into gets crowded fast.

Yet despite knowing how bad things might get, we don’t want to believe they’ll go there. Javier and Adela seem like good people, but fight or flight kicks in for the best of us when our lives are put on the line. Theirs are the moment they agree to get this ball rolling. That doesn’t, however, mean Irene isn’t good. She’s confused. Scared. With an addict mother and Osman in prison, she has no one but Javier. And he exploits that trust. If Irene talks a big game in shaking things up, most of it is to find what wiggle room she possesses. If she really does decide to want the child, exposing this dynamic isn’t going to do any favors.

Most of the film’s success is accordingly put upon its actors’ shoulders. We must believe the warm smiles Javier and Adela wield at the beginning can gain a sinister determination months later. The same is also true where Irene’s smug apathy turning to breathless desperation is concerned. Gutiérrez and Arnaiz are very good, but the whole really becomes Virgüez’s show. She alternates between youthful frivolity while watching reality TV, cowering from the property’s guard dogs, confident threats steeped in malice, and even some heartfelt persuasion. Her Irene is running the full spectrum of emotions as her world gradually contracts to suffocate her autonomy and perhaps her life. Cuenca complies by cuing a final dark cloud with survivalist tendencies manifesting an unavoidably violent climax.