TIFF Review: Riceboy Sleeps is a Non-Judgemental Look at Being Caught Between Two Worlds 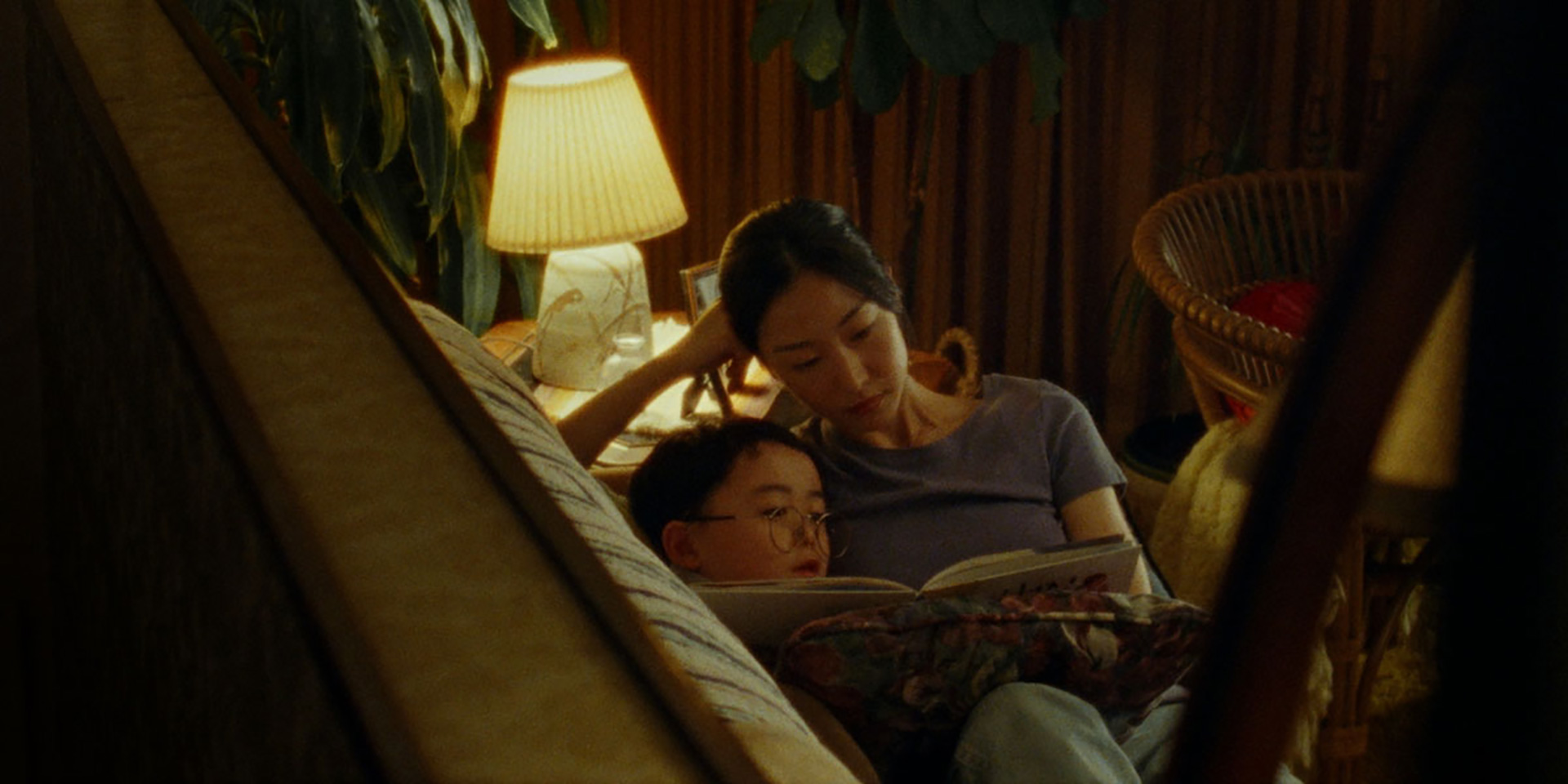 So-Young (Choi Seung-yoon) didn’t want to leave South Korea. She had no choice. The father of her newborn son committed suicide and, as an orphan who was never adopted, she had no other family. So, with nowhere to turn and a boy who couldn’t legally become a citizen due to being born out of wedlock, she immigrated to Canada to start anew. There she would build a home for the two of them and a wall in front of her past. Questions about Dong-Hyun’s (Dohyun Noel Hwang at six and Ethan Hwang at sixteen) father were delayed indefinitely and ultimately left unanswered no matter how many times he asked. So-Young only wanted to look forward and, eventually, so did Dong-Hyun. Until their future together was unceremoniously stolen away.

Writer/director Anthony Shim knows this sense of being caught between worlds well considering he too was a Korean immigrant in Canada at age eight. As the only Asian kid in his classes, he was often the target of ridicule to the point where he sought to shed himself of that heritage. Only when his father received a terminal diagnosis did he realize the place he came from and the place he lived both paled in comparison to the people who raised him with love. It’s a realization that all, what the Korean-Canadian Shim calls “hyphenated individuals,” would be good to learn because it’s a necessary reminder that they can become the unique combination of nature and nurture that they are rather than merely stereotypes or ciphers.

It takes strength and courage to live that way and we see both in So-Young at the start of Riceboy Sleeps. Rather than keep her head down as a newcomer when someone threatens her safety and autonomy, she stands up and states what she demands of those around her regardless of the power they believe they hold because they are white, American-born, or male. She hopes to imbue that same confidence in young Dong-Hyun by telling him to confront bullies with the words, “Do you know Taekwondo?” before hitting them as hard as he can (despite knowing zero Taekwondo himself). Unfortunately, children in Canada (and America for that matter) aren’t allowed to stand up for themselves physically. So, Dong-Hyun becomes more of a pariah. Assimilation becomes his only respite.

What’s great about the film, however, is that it doesn’t portray this reality with judgment. It’s merely a fact. Shim therefore constructs his plot out of a series of these truths unfolding to push his characters towards a reckoning that’s more than ten years in the making. All those things that initially seem small add up because they each prove to be a microaggression pitting identities against each other. Why isn’t Dong-Hyun a good enough name for the school? Because they fear it will alienate him or because they don’t want to educate the children to be inclusive? What about food (“Can my lunch be what the other kids eat?”), language, and appearance? What about another immigrant being bullied in class? Should Dong-Hyun step in or stay silent?

We’re witnessing a nuanced reorganization of priorities within both Dong-Hyun and So-Young at different speeds. She’s gradually integrating herself into Canadian society with co-workers and a boyfriend (Shim’s Simon). He’s gone head-first with long blonde hair, a rebellious nature, and a desire to break free of the conversation others place upon him. You can’t blame him for it since So-Young has all but shut him out of his history besides still speaking Korean at home and cooking Korean food. So, when a class assignment calls for creating a family tree, Dong-Hyun’s longing to open that door returns. And when So-Young discovers she might not have the time to keep it closed any longer, she finally relents by recognizing it was never something he needed to be protected from.

It’s something that could have been embraced. Maybe it wouldn’t have been enough for the very young Dong-Hyun to decide not to shed it anyway, but it’s amazing what a little awareness can do as far as normalizing that which seems abnormal. Not that it’s easy when you arrive in a strange place with a different language and culture. The want to adopt its history as your own is appealing out of ease alone regardless of authentic interest. And maybe So-Young wanted that for her son. Maybe her refusal to answer his questions wasn’t denying him his heritage as much as it was erasing the pain it had brought her. Because despite being a Korean in South Korea, she didn’t have a family of her own to know.

Riceboy Sleeps is sprinkled throughout with these “outsider” characters. Simon was adopted by white parents and thus knows little of Korean culture. A catalyst for Dong-Hyun’s aggression is a teenage immigrant experiencing the same bigotry he did as a child. It’s a part of life that many are forced to confront, yet Dong-Hyun doesn’t have to fall victim to it from multiple angles. So-Young can open his eyes to the past. She can try to make amends and ensure he knows family exists if ever she wasn’t there to be its sole example anymore. Bringing that aspect back into the fold won’t be perfect, but the opportunity might just be enough to provide Dong-Hyun the answers he’ll need to evolve within his own skin. Knowledge is literally power.

And part of that is an acknowledgement that our children are not us. We cannot force our identities upon them—especially not when it’s incongruous to the starkly different environment they’re growing up in from the one you experienced. There’s a reason Shim presents his 16mm footage in two aspect ratios. It’s not because South Korea is home and thus allowed a wider scope (1.78:1) than Canada (1.33:1). It’s because of the newfound expansive clarity of understanding and the addition of priceless information that had long-since been locked away. It’s only upon visiting his homeland that Dong-Hyun can embrace his multi-faceted essence: birth, parentage, family, and country. It doesn’t mean Canada won’t remain his home. It means he can free himself from limbo and finally know himself.

Riceboy Sleeps had its world premiere at the Toronto International Film Festival.