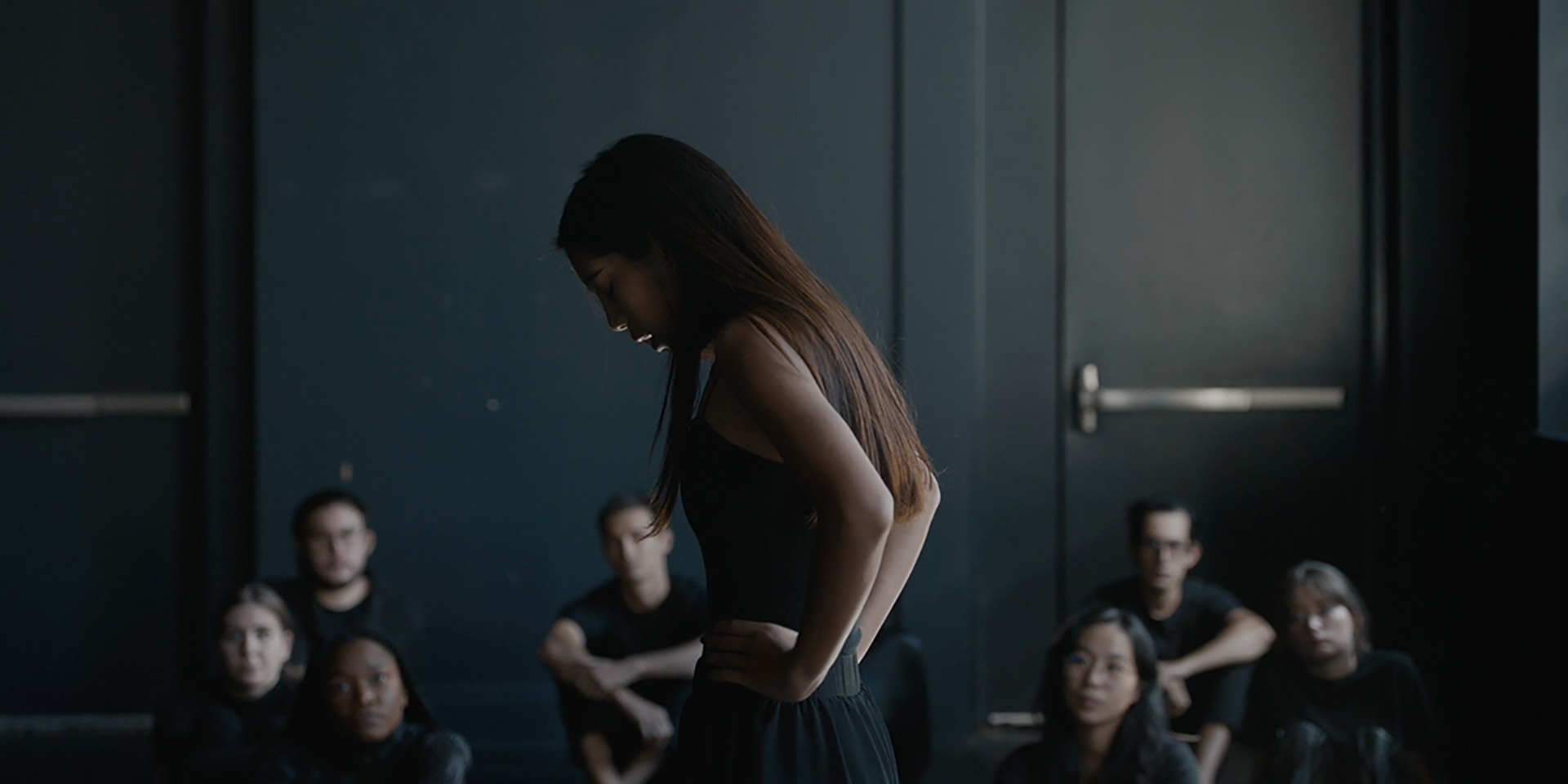 Writer-director Haya Waseem’s feature debut Quickening is not about a pregnancy. Knowing this is crucial enough that she opens the film with the definition of pseudocyesis—a false pregnancy wherein the woman experiences all symptoms of being pregnant without there ever being a fetus. Without it we would focus too much on what Sheila (Arooj Azeem) having a baby during her freshman year at college would mean for her future rather than accept it as the product of all the stress she’s endured from family, friends, romance, heartbreak, and just being a young woman of color trying to reconcile the demands of her cultural heritage against those of her Canadian home’s potential for independence outside it. Playing everything “safe” is no longer an option.

Not playing everything “safe” is terrifying, though. Waseem uses Sheila’s major in performing arts as a metaphor for her inability to fully let go of her upbringing, despite being desperate to rebel against it. Her teacher pretty much calls her initial routine lifeless in a way that tells him nothing about what she’s feeling. He wants his students to tap into their internal tsunami of emotion and speak through their movements, but one cannot comply unless they’re able to do the same in life. How can Sheila when she’s constantly attending Pakistani functions with her parents (played by real-life parents Ashir Azeem and Bushra Ashir Azeem) that demand certain expectations? “Just be happy. Everything else will work out.”

Except it won’t. The movies her family watches with characters talking about “disrespecting” parents being a monstrous act and sexuality being a sin only bottle up Sheila’s desire to escape such antiquated and Puritanical views. So she seeks it from Eden (Quinn Underwood), only to risk heartbreak when he’d rather be friends. The arguments her parents have about finances once her father is laid off and unable to find another executive position to support their affluent lifestyle only add to Sheila’s pressure, considering she needs money to pay for school—let alone the prospect of a baby on the way. It doesn’t matter that we know the pregnancy is false. It’s real to her. And its secret forces her to alienate herself from everyone who cares.

Sheila’s life becomes a negative feedback loop recycling itself over and over until she can’t breathe. She used to be able to understand context and appreciate complexity, but now everything seems like a personal slight. Her best friend starts to hang out with other people. Gossip from the daughters of family friends she’s forced to hang out with starts to feel as though it’s hitting closer to home and makes her want to call out their hypocrisy. Sheila is suddenly on an island alone with no one to talk to; rather than find a positive example to prove it’s not true, she becomes her mother’s confidant in a way that reveals such feelings might never go away. This isolation is her destiny.

It’s enough to make anyone go insane, yet Sheila does her best to stay the course as everyone starts to drift further away. (Or is she the one drifting?) Christopher Lew’s cinematography is gorgeous throughout, but how Waseem and he start blocking scenes to portray the disconnect takes it to another level. There’s a moment when Sheila and her mother are at a restaurant; instead of showing them at the table when Aliya receives a phone call, they keep focus on the former sitting down, only providing the latter’s torso standing as a disembodied voice creating more subterfuge and stress with white lies. Even when Sheila is surrounded by people, she’s often shown to the side, on her phone or watching from afar.

And there’s seemingly no way to break free and declare her autonomy. Sheila broaches subjects with her parents, only to be told not to worry and continue being a kid. She tries to get real answers from those her age, only to see them living their own duplicitous lives. This baby becomes the one thing that might get them all to listen, yet the prospect of enduring the fallout is too much to bear. At a certain point, however, she won’t be able to wait any longer. The pain is growing, the uncertainty crippling, and her body changing in ways that can’t be hidden. She’s approaching a cliff that demands a decision. Will it be her salvation or undoing?

Quickening becomes a rather tense affair because we’re unsure how bad things might get. The world’s falling apart as her parents argue—Ashir and Bushra perfectly portray the cracks within a relationship built on a patriarchal foundation that has failed them—her siblings grow scared and act out, and her love is dismissed. We’re therefore watching Sheila fight the fear to stay down and accept being the disappointment she’s been told someone in her position is as a rule. Arooj Azeem is fantastic in the role, moving from panic-attack dread to sanctimonious rage on a dime as she seeks footing in the one place that matters: her own skin. Then maybe she can put on a routine that leaves her teacher speechless.