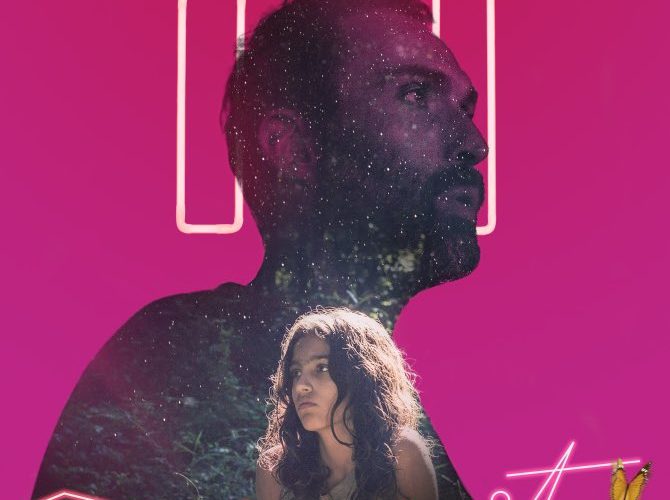 Miguel (Marcelo Alonso) compares God to a fire when explaining how the ones our religions’ sacred books describe aren’t quite right. Our creator is simpler than those iterations. He has the power to turn wood into ash and water into steam. He has the power to transform. But just as fire forges from its flames, it also destroys. It’s this duality that director Marialy Rivas and co-writer Camila Gutiérrez gives form to in their film Princesita. As cultist Miguel’s young disciple Tamara (Sara Caballero) reaches puberty and her transformation into womanhood, he explains the purpose of this event in context to his motives. What should be a joyous occasion becomes clouded over by predatory imperative. And while she initially embraces them, she soon recognizes the danger they represent.

On the surface this dance is predicated on the notion of cult oppression and forced submission. It’s about a brainwashed girl waking to the truth that she exists within a prison meant to hold her and use her for its specific means. Beneath this, however, is an allegory about what it means to be a woman in contemporary times still seeking to dismiss and marginalize. The joy this peaceful community provides her in youth is steeped in innocence and therefore draws strict lines in the sand. The boundaries between Tamara and Miguel are implicit, his position as guardian and teacher one that separates them via age, maturity, and decency. But as that line blurs — his declaration that she will be the mother to his successor — reality is exposed. What first fills her with happiness quickly dissolves to terror. It’s through her youthful naiveté that she absorbs Miguel’s adoration and flattery. She likes being “special.” She likes being the one who’s allowed to do whatever she wants because she will soon be their leader’s wife. Tamara is the epitome of a “daddy’s girl” who listens intently and holds his every word as gospel because he is her protector. She feels safe in his arms as they all do. Suddenly she’s meant to be a queen and it excites her. When she’s old enough she will become nurturer to all and mother to their future prophet. Without a proper education, though, she’s unsure when “old enough” will arrive. Her guess is that she has a few more years.

The truth is much sooner — a lesson learned courtesy of Miguel letting her be the first of their group to attend a school outside of their insulated environment. He warns her not to talk about what they do because those strangers won’t understand, but he forgets they’ll teach her things that will be able to help her comprehend deeper meaning behind his actions. It’s here that she meets children her age with rebellious streaks and teachers with compassion and interest in her individual desires. She learns from classmates what it means to be free and independent just as her teacher (María Gracia Omegna) provides a voice of sympathy. This is a new world where she can be in control. It awakens her to the invisible chains she wears. Puberty arrives and it’s as though a wall comes crumbling down. It’s a clear transition both in Tamara’s understanding of her place within these communities and the aesthetic tone delivered by Rivas and her crew. What once had an air of fantasy and fairy tale now exposes an underbelly of ego and greed. The oversaturated exterior shots washed out by the sun’s light become replaced by darkened interiors bathed in red: the hope of Heaven revealed as the Hell it’s always been. Tamara’s womanhood flips a switch psychologically so that the veil of wholesome spirituality shrouding Miguel dissolves to show his ferocity. Boys no longer have cooties and men no longer default as paternal. Her fertility transforms each male into a potential beast of prey. Innocence is lost.

Rivas handles this progression with a deft hand and precise artistic vision. The whispered narration on behalf of the once exuberant and carefree young girl provides us an aural window into the future wherein fear takes over. Everything changes right down to the way Miguel is lit and performed — Pablo Larraín regular Alonso losing his grin so the severity of his needs are no longer hidden from our view. We watch as harmless pillow fights in the light of day move towards sexual urges in the night. The cult becomes a metaphor for the patriarchy and how it wishes to be seen compared to how it truly is. Men preach equality and even female superiority as far as “creating life.” But it’s all a front to consolidate power. Princesita therefore begins as a sweet yet unorthodox coming-of-age saga with soaring visages of nature and excitement, the back and forth between home and school spilling into one another. Tamara is presented a glimpse of the outside in order to coax her back in — a rumspringa if you will. But rather than expose the danger of the former, this “lesson” only reveals that of the latter. Hope disappears as the nightmarish reality of what every woman faces post-puberty turns the proceedings into a horror film with taut suspense and complete uncertainty. Notions of “purity” and “ownership” arrive to show the damaging notions religion spews forth so it can retain control. We see the vicious truth behind fake façades of piety. We watch religion wield violence to reclaim virginity.

And in the end we witness God’s fire’s cleansing strength. These man-made constructs written down in books and preached by idols that believe they are the mouthpieces of their creator cower under the wrath of this “simpler” destructive force. It consumes those who use it as a tool for selfish gains while galvanizing those left behind with the strength to combat anyone else who dares attempt to do so again. Rivas provides us an origin tale of sorts for every confident, strong, and independent woman who reclaims ownership of her body, sexuality, and identity from those who wish to control each due to mankind’s biased assumption of an inherent gender divide predicated on abuse and privilege. To burn the chains that bind one must also incinerate his/her jailers.