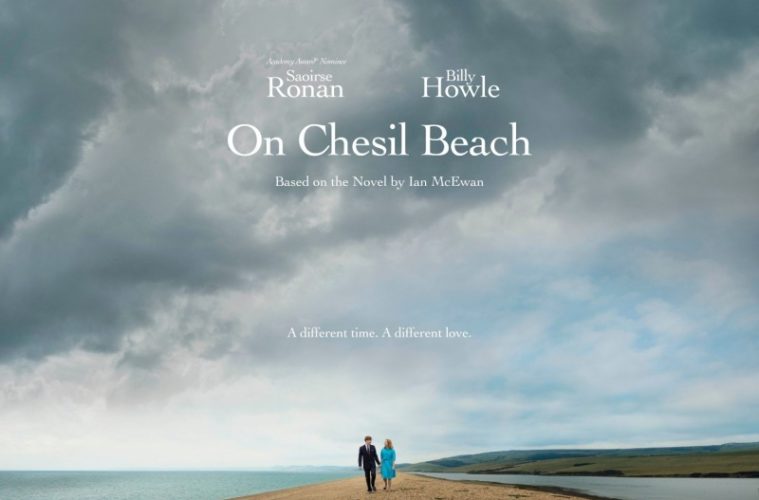 TIFF Review: ‘On Chesil Beach’ is a Heartbreaking Drama of Unspoken Expectations

It’s 1962. Florence Ponting (Saoirse Ronan) and Edward Mayhew (Billy Howle) have just been married. She’s from a wealthy family and he a provincial one; her desire to be active in world affairs beyond her status’ ambivalence and his hope to be accepted as an intellectual with the potential of outgrowing a brawler reputation placing them at odds with the environments that raised them to seek escape. And they are in love: a true, deep, and unstoppable love that allowed their differences to take a backseat as far as community and parentage was concerned. It’s propelled them towards a hotel honeymoon suite on the water, an isolating venue affording them the privacy such auspicious occasions crave and the stifling quiet able to intensify their utter lack of sexual experience and wealth of insecure awkwardness.

This is the set-up for Ian McEwan’s On Chesil Beach, a script he adapted from his own novel brought to life by former Royal Court theater director Dominic Cooke. The latter’s choice was a sound one as the piece feels very much like a stage play confined to a single locale with flashbacks (and dual epilogues were added specifically for the film, a post-screening Q&A revealed) providing context to the nervous fumbling Florence and Edward’s first night together as man and wife delivers. You can imagine the stage dressed as this room with dining table and bed front and center, the wings reserved for spotlighted asides populated by the actors after hasty costume changes to signify the memories they represent. Its authentic depiction of unprepared young love is delicately innocent.

But as the film progresses, those flashbacks present details moving back before they met. They portray the answers to personal questions presently asked in a bid to calm nerves through distraction. These queries are rather generic at first, each subsequent one proving more invasive and crucial to mutual understanding. We’re quick to wonder how none had been asked before, forgetting the time period and the closed-off nature of Brits (and humans in general) within. This was an era where you didn’t live with your fiancé before the wedding—when it wasn’t illogical that both parties were virgins before consummating the marriage. So the simple act of asking let alone answering becomes a huge show of trust. And that which appeared like the inexperience of kids becomes exposed as a much different truth.

The movie becomes a gradual peeling back of anxieties and fears, unspoken expectations, and impossible requests. It’s a steady escalation of potential roadblocks that starts with parents. Florence’s father (Samuel West) is a factory owner hardly at home, her mother (Emily Watson) a woman of specific, stuck-up tastes. Edward’s father (Adrian Scarborough) is a schoolteacher, his mother (Anne-Marie Duff) a troubled victim of brain damage causing her to be a handful for the entire family. Both see their parents as a complication to overcome and both prove to the other that they’re up to the task of investing above and beyond. Next it’s their futures. Then their lust. And finally that very love they thought was infinite. The latter hits like a freight train, the reality of their respective show of all thumbs in bed rooted in deeper psychological turmoil than ever anticipated.

Where it leads is an ultimatum, one that weighs emotional love against physical love, societal conformity against an existence catered to the specific needs of their unique situation. Silence is replaced by words—the sort that keep people up at night for days-to-years just mustering the courage to give them voice. McEwan exposes us to identities that have always been prevalent—those our enlightened minds today can accept while those fearing stigma based in public perception back then couldn’t. The result conjures resentment and betrayal where compassion and empathy should reside. One half of this couple exposes his/her deepest and most suppressed truth only to receive a look of disgust. It’s a disgust that traveled the opposite way minutes earlier, but the initial shot’s target was a surrogate who couldn’t bring him/herself to learn why.

A lot of the film’s success lies in the writing and the meticulous process wielded to ensure we learn only what we need at the moment. You could call it manipulative as a result—McEwan’s forthrightness or lack thereof at first preventing us from thinking anything other than what we think—but I wouldn’t have it any other way considering the punch the finished piece packs. Cooke buys into this process too, never trying to be flashier or more cunning than the script demands. And the way he handles Ronan and Howle is immaculate. He lets them drive the plot through their silence as much as their words. We feel the discomfort and embarrassment in the beginning and the excruciating pain at the end. Their repression of everything they want to say conjures as much anger as the words that anger finally lets free. And your heart breaks for them both.

This is a crucial point since picking a side isn’t the goal. It’s not about one being withholding and the other betrayed. It’s about love not being enough within a society dictated by impossible expectations. You ask adults today and they furrow their brow or roll their eyes at the mention of any vulnerability or psychological unrest, saying how “that just didn’t happen in my day.” This is of course a lie—people merely hid it from those closest to them then. They saw it as weakness, as not being good enough. When the stigma deems distress stemming from abuse or insecurity as you being broken, you hide it. But grinning and bearing and forcing yourself to be someone you’re not only leads to more problems. McEwan is throwing taboo in our faces through the arduous process of one person overcoming it only to have that strength repaid with proof of its unfortunate, damaging power.

And everything that may seem inconsequential “color” reveals itself to be the opposite. He has drawn these characters so similarly despite their dissimilarities in order for us to know they both have the capacity to intellectually and emotionally cope with the revelations to come if they allowed themselves time. After so long a period of courtship, though—where the wedding night becomes marked as a moment of release and redemption for lack of a better term—time is hardly a commodity you’re willing to continue relinquishing. This is why the silence becomes so loud in the aftermath. It seethes with rage, self-hate, and absolute mortification. Ronan and Howle deliver powerful performances in this insular repression. And only through time—the immaculately poignant epilogues set a decade and four decades later—can they understand how it all went wrong.

On Chesil Beach premiered at the Toronto International Film Festival and opens on May 11.