TIFF Review: My Sailor, My Love is a Delicate Look into the Familial Dynamics of Flawed People 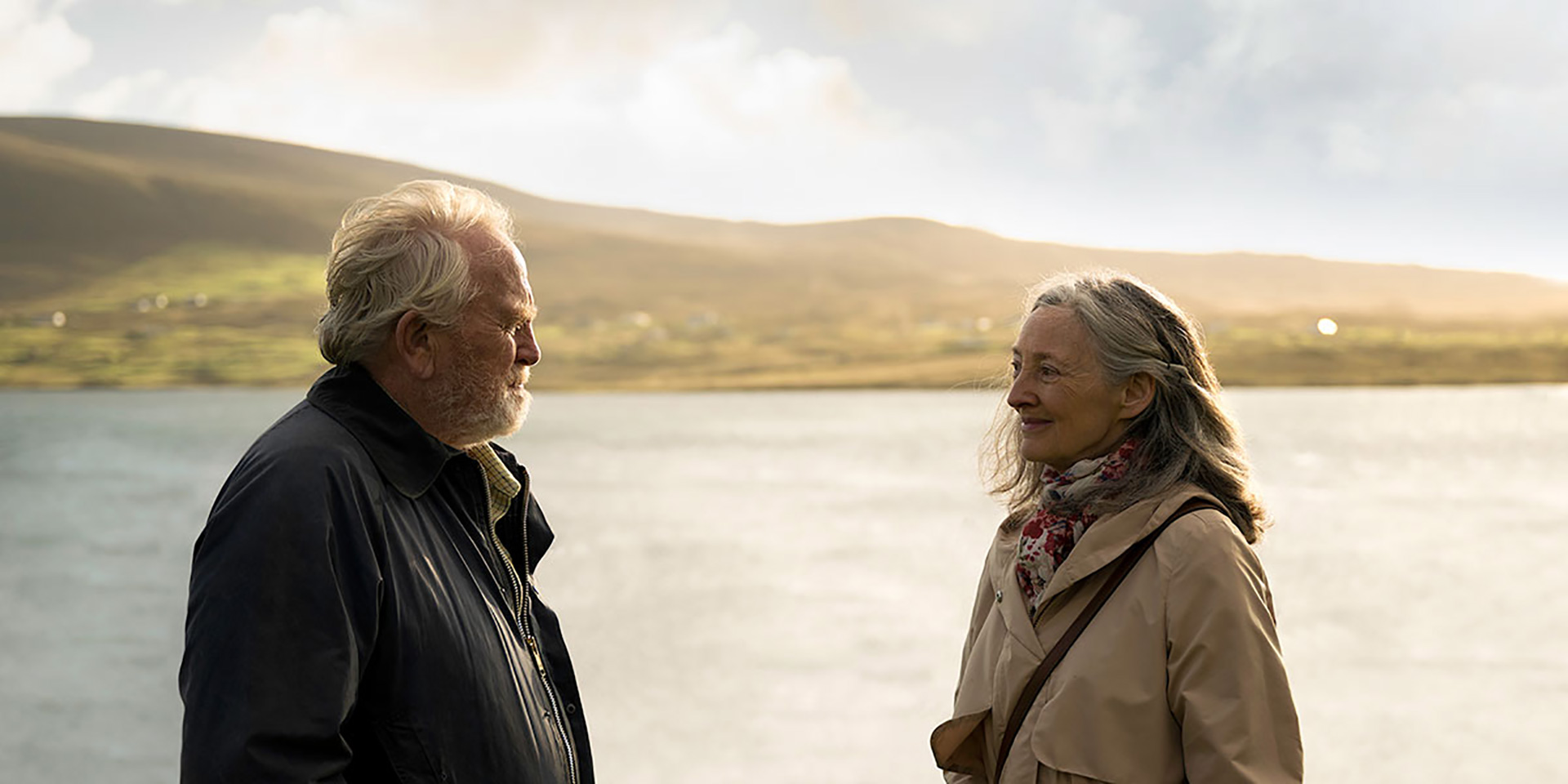 Howard (James Cosmo) lives what appears to be a hermitic life of unwavering obstinance. He doesn’t even open the door when his daughter Grace (Catherine Walker) and her husband Martin (Aidan O’Hare) arrive—a seemingly inconsequential fact until you realize it’s his birthday and she’s there to ready for the celebration. It would be easy to dismiss his demeanor as immovable then. Why would he act like this with his loved ones if that wasn’t how he acts with everyone? Except attending the local bar afterwards to celebrate more inexplicably sees Howard suddenly sparkling to life. He regales the children with tales at sea, enjoys a slice of their cake (not Grace’s), and seems a decade younger. Where then is the disconnect? What are we missing?

While Jimmy Karlsson and Kirsi Vikman’s script keeps the particulars of Howard’s relationship with his family hidden for a short while, it’s not readying for some grand reveal. The reason stems more from the fact that nobody has ever really needed to know. Who else was Howard seeing besides Grace when she had the time? His sons weren’t visiting. He doesn’t seem to have friends. He’s happy sitting in his chair with a crossword while his underwear soaks in the sink. If not for Grace finally saying enough was enough before putting an ad on the bar’s bulletin board for a housekeeper, we’d still be in the dark. It’s precisely because a stranger enters their lives that there’s no choice but to confront this deep-seated chasm between them.

That’s what Klaus Härö’s My Sailor, My Love is about. Yes, there’s a central romance that sees Howard and the new housekeeper Annie (Brid Brennan) falling in love, but its purpose is less to fix what’s broken than it is to shine a light on the fact that some things can’t be fixed. Howard can’t erase the mistakes he’s made or absolve himself of the guilt he feels whenever he sees his children. He was gone for most of their lives. He was gone when their mother drowned. And he’s all but physically gone now. And Grace can’t reconcile the love she has for him with the pain endured from that absence. She was the one who cared for her mother. She’s the one who identified her body.

To therefore see him happy now with another woman’s family (Nora-Jane Noone as Annie’s daughter Kelly and her girls love hanging with “Uncle Howard”) can’t help but stir up resentment, jealousy, and confusion. Because Grace wants to have that. She wants her father to see her and accept her assistance without constantly being reminded about what was gone. Why can he only be happy in a present that looks towards a future with someone new and not one that includes her? The answer is hardly complicated. Grace must only look at her own failing relationship with her husband to see that she’s following in his footsteps even if from a totally different end of the spectrum. They martyr themselves. Him by disappearing. Her by refusing to listen.

Annie is caught in the middle. She wants everyone to be happy together—especially since her first marriage was marred by abuse. So, she sees the good things in them both despite their involuntary penchant of trying to make her see the bad. It’s not as if Howard and Grace hate each other either. He smiles when thinking about her waiting for him in youth whenever he sailed away. Time and distance simply drove them apart until they became strangers. Acknowledging that truth probably hurts more than anything because no one wants to think about the reality that they are part of the problem. If everyone is a victim, however, nothing can ever improve. And when one thing starts going bad, it seems everything follows shortly thereafter.

What really makes this slow and delicate look into the familial dynamics of flawed people so effective is Härö’s ability to let their stubbornness stand. Sometimes things cannot be reconciled. Where so many films like this have Grace going to therapy to witness her epiphany, My Sailor, My Love puts her there so she can quit first. That’s where the intrigue lies. She’s no better or worse than her father. It’s why they can never speak with each other without devolving into arguments. And every time it seems like the moment to finally break through arrives, one or the other is just out of reach. They’ve always been on different ships heading in opposite directions. Rather than figure out how to make that work, they sought to commandeer.

It’s Annie’s superpower. She doesn’t want control. She merely wants to be happy because she wasn’t the entire time her deceased husband was alive. Does it mean she allows Howard to make more mistakes and risk her wellbeing by hiding his health issues? Sure. But Annie isn’t here to save him. She’s trying to save herself. That’s the difference. Grace wants to swoop in and be what he never was even if that’s the last thing he wants from her. She wants to dictate on her terms whereas Annie wants to live in the moment. Why ruin that? Why make everything out to be a binary choice between extremes? All this trio must do is sit down and respect each other’s autonomy to find compromise. They can’t.

Regardless of expectations born from that realization, however, the film is still uplifting. Just because these three might never find communal joy doesn’t mean they don’t (or won’t) alternatively find it themselves. Howard’s failings with Grace don’t prevent him from getting a do-over and Grace’s failings with Martin don’t condemn her to loneliness. These characters can be redeemed. They simply might not be the ones to redeem each other. And that’s okay. Life is messy. Maybe Howard would have been better if he let Grace in. Maybe she’d have been better letting him go. Cosmo and Walker excel in showing us that they know those truths despite being unable to comply. Brennan outshines both by unwittingly forcing their hands to earn a well-deserved second chance of her own.

My Sailor, My Love had its world premiere at the Toronto International Film Festival.