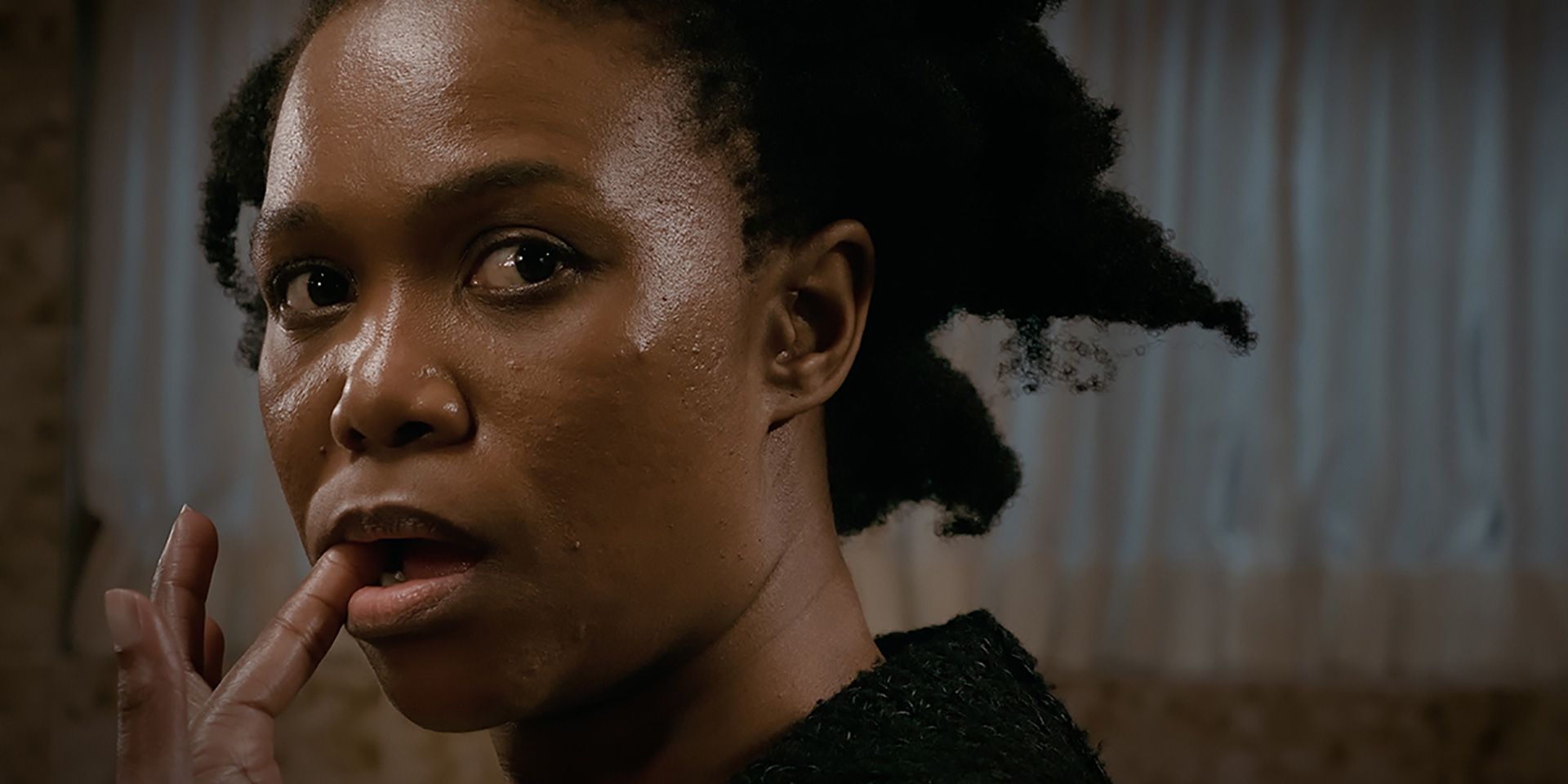 A matriarch passes and the family swarms to poach whatever they can in the aftermath. Tsidi (Chumisa Cosa) tells herself it won’t matter—she’s been the one taking care of her grandmother and thus has a claim over that which she has called her home for years, but “fair” doesn’t factor where tradition is concerned. Her uncle (the eldest) allows Tsidi’s cousins to put her in her place as new construction plans made while the recently departed was still alive become colored as some sort of hostile takeover. And then he joins the chorus by telling her what she did means nothing. He decides who gets the house. Tsidi subsequently packs her things, steals her grandmother’s coat, and leaves with her daughter Winnie (Kamvalethu Jonas Raziya).

Where’s she to go, though? She and Winnie’s father (Khanyiso Kenqa’s Luthando) are no longer together, so that won’t work. And the only other person she knows is her biological mother Mavis (Nosipho Mtebe). They’ve been estranged since the woman left to be a live-in housekeeper in suburban Cape Town to help raise her white “Madam’s” (Verity Price’s Diane) children instead of her, but there’s no other choice. So Luthando drives them over to ring the bell and hope she’ll open the gate. Despite Mavis probably being older than Diane, she’s never stopped doing her job to the letter as the latter’s health deteriorated. That means all rules remain in place for Tsidi and Winnie. No running. No fridge. No unsupervised pool time. And never enter Madam’s room.

Family and its many definitions are at the heart of Jenna Cato Bass’ Mlungu Wam [Good Madam], co-created with Babalwa Baartman and scripted alongside a laundry list of cast members to make me believe most of the dialogue was improvised. Tsidi considers her grandmother her mother because Mavis wasn’t there. She also delivers a mean-spirited jab where it concerns her half-brother Stuart (Sanda Shandu) by saying his “real” mother is Diane, since he was allowed to be raised in that house with her sons as brothers. Mavis was therefore stripped of maternal titles in Tsidi’s mind by marrying her work, and the dark history of Apartheid in South Africa has always fostered resentment towards Diane for that fact. Mavis owes nothing, nor is she a slave.

Tsidi is determined to get this notion through Mavis’s stubborn resolve. She believes Mavis is the one who’s owed something for her devotion and won’t let herself be silenced or oppressed. Tsidi believes she earned her family’s respect after all she did for her grandmother, and Mavis has earned it here, in this other world. Without permission, she’ll sleep in Stuart’s old room rather than her mother’s tiny closest. She’ll let Winnie be a kid rather than punish her for accidentally breaking things. And she’ll use Madam’s china regardless of Mavis’ indoctrination keeping 95% of the house off-limits. Tsidi would send Diane off to a retirement home if she could, too, but that’s where Mavis draws the line because she needs her.

Just as Tsidi’s caretaking left her with nothing, so too will Mavis’s. If Diane is taken from this house, so will she. That’s why Mavis gives this woman her devotion. It’s why all the former employees buried on the property gave theirs to Diane’s ancestors as caretakers of this land that they have “owned” for decades. Go back far enough, however, and you realize it was never theirs to own; it was stolen. Those workers’ labor was stolen. Everyone’s hard work was appreciated until it was no longer needed. And rather than revolt against that sense of displacement, Mavis has feared losing the little that she did get in return. That is the heavy air of dread permeating these walls. It’s what Tsidi has rejected ever since childhood.

Bass gives us a glimpse of the ghosts that have, over the years, remained as specters and memories of a gross power disparity separated on racial and economic lines. Sometimes it’s a huskie. Sometimes it’s a blink-and-you’ll-miss-it frame of sinister malevolence. Sometimes it’s Stuart smiling with violent intent. Which side would he be on, anyway? Is his devotion with Mavis or Diane? And, if the latter, what will any of them do to protect that reign? The possibilities are endless and become darker with every passing day, Tsidi losing grip on her identity through nightmares augmented by the strange hieroglyphic spells drawn on walls and behind photos. At play is a bond that moves beyond any salary, and Tsidi is falling prey to its greed.

The result would pair nicely with Jordan Peele’s Get Out, as far as racially charged psychological thrillers built upon the subjugation of Black bodies are concerned. There’s some gnarly imagery that comes once, in Good Madam‘s second half, the supernatural takes over from the historical and characters find themselves falling into the trance of larger, systemic issues plaguing our world for millennia. But the beginning is just as tense and anxiety-inducing in its more normal sense of reality. Bass and company are carefully crafting the comparison between what we know is true to how it makes us feel—before giving the latter, by way of horror, physical form. The question then becomes whether Tsidi’s presence is enough to break the cycle. When the bell rings, who will Mavis defend?