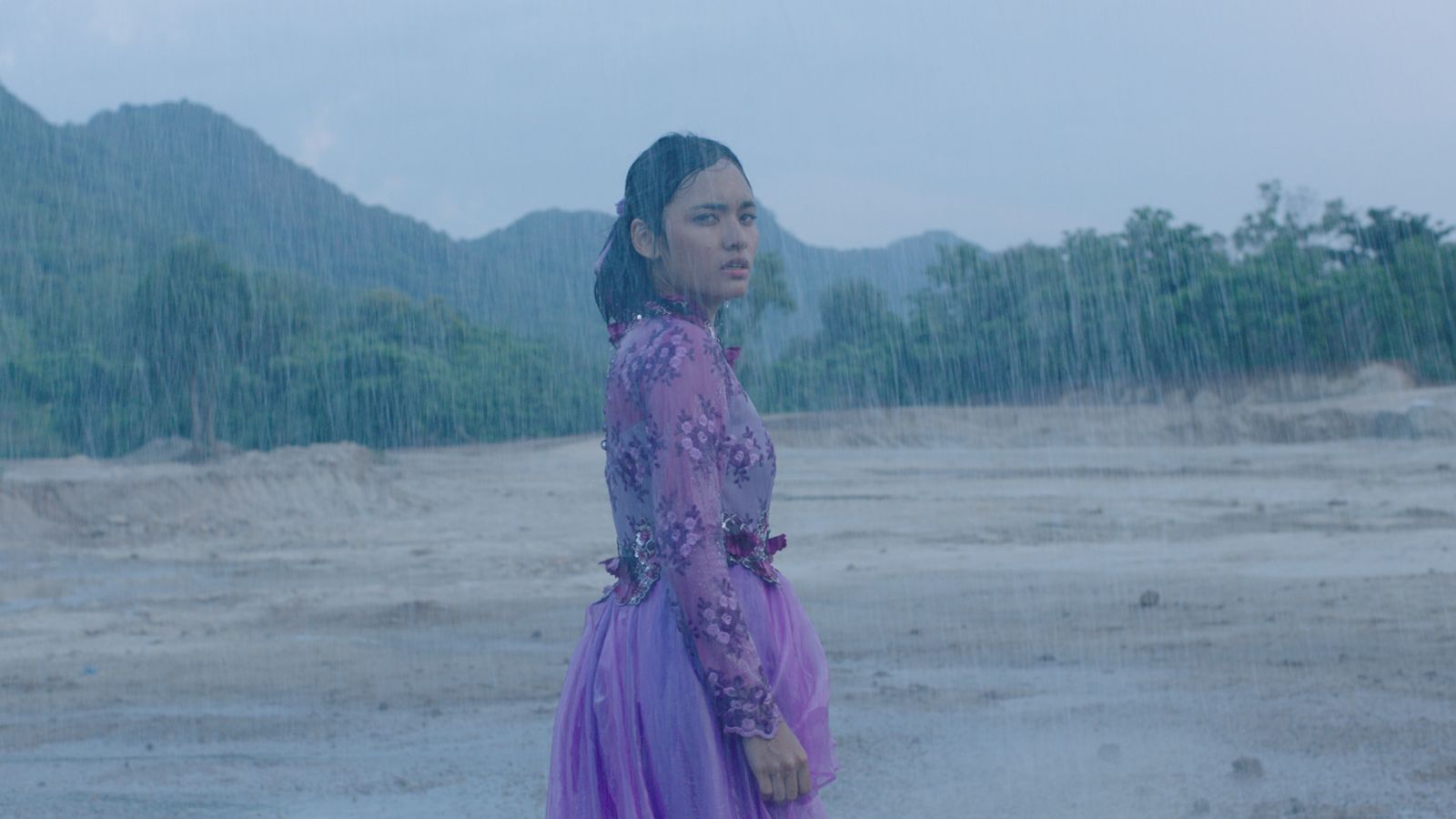 Kamila Andini further proves herself of Indonesian cinema’s most vital voices with her third solo feature Yuni. Partly inspired by Sapardi Djoko Damono’s love poem “Rain in June,” the movie paints a candid portrait of what it’s like for a teenage girl in Indonesia, where expectations and dated traditional values often prevent one from fully having the freedom to pursue their dreams.

Yuni (Arawinda Kirana) is a 16-year-old girl obsessed with anything purple—ironically the color purple is largely known in Indonesia as the color of mourning widows. She’s about to finish high school but, like most of her peers, hasn’t quite figured out what to do with her future. When a teacher (Impetigore’s Marissa Anita) encourages Yuni to apply for a college scholarship, her world suddenly gets bigger. The possibility of continuing school and eventually raising her family’s social status excites her. And at that moment she thinks everything is possible.

Yuni only needs to maintain good grades and stay unmarried if she’s to get the scholarship, which doesn’t seem like much of a problem. She’s pretty smart at math and science. And though Yuni’s literature grade is not great, a boy with a huge crush on her, Yoga (Kevin Ardilova), is willing to help with her poetry assignments. Since she doesn’t have any plan to settle into marriage soon, the scholarship’s second requirement is not really a big issue for her either––until two men she barely knows propose to her, followed by another man not long after.

While Yuni initially rejects the first two proposals, the pressure from the people around her makes her question herself. She’s expected to get married at a very young age just because that’s the norm where she lives. Yuni’s own grandmother (Nazla Thoyib) even says marriage is a blessing she shouldn’t refuse. An old myth about how if a girl rejects more than two marriage proposals she’ll never get married also makes Yuni feel even more pessimistic about whether she’ll ever live her dreams. The world that seemed big to her before now suddenly gets smaller.

Throughout, Andini keeps the focus mainly on Yuni’s inner turmoil, closely observing her as more walls close in on her life with each passing day. While Yuni’s attempt to liberate herself from the social expectations put upon her is the main concern of the film, there’s no larger-than-life dramatic action or acting to found. The tone is kept as understated and natural as possible, lending a documentary-like feel to the proceedings. That’s why even though the context the story addresses is about the frustrating patriarchal belief and system in Indonesia, Yuni always feels intimate and never once retreats into the territory of a heavy-handed message movie.

This is not just a testament to Andini’s excellent craft, as Kirana’s terrific performance also gives Yuni a deeper level of realism. She’s able to show Yuni’s innocence and liveliness, as well the grief she’s feeling over her future, without overemphasizing the emotions. It’s a subtle, layered work, one the young actress accomplishes with a mastery of a seasoned actor.

The script from Prima Rusdi and Andini follows the tropes of coming-of-age films––a teen character wants to achieve something but their life situation prevents them from doing so. What ultimately makes Yuni stand from the crowds are the stakes its character has to shoulder. In most coming-of-age films, challenges presented in the story are low-risk and rarely life-altering. They don’t often affect the characters’ future or freedom. But for Yuni––and eventually most young Indonesian women, too––all her actions and decisions could make or break her entire life.

Truthful in its depictions of gender constraints, Yuni is more than a major leap forward for Kamila Andini; it’s also one for Indonesian cinema. Here’s a rare teen drama that shines a light on how dated social and gender norms often force young girls in the country to “bloom” before they are ready.