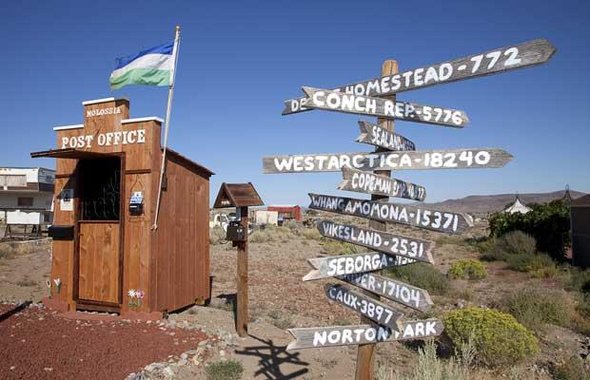 [TIFF Review] How to Start Your Own Country Based on Erwin Strauss‘s 1979 book of the same name, How to Start Your Own Country isn’t actually an instruction manual. It’s more of a study on the people who have started their own micronations and the conditions that led to their founding.  Shapiro takes us all around the world, from the historic Principality of Seborga in Italy to the Hutt River Province in Australia and more, to explore not only what it means to be a country, but also what drives a person to claim national independence.

For a documentary, there’s an unexpected amount of humor to be found here. Shapiro delicately balances serious discussions of national recognition  procedures and the incidents where countries took advantage of individuals until they became outcast to the point of independence with humorous interviews with the often colorful characters who rule their micronations. The laws that govern these tiny countries (nothing from Texas is allowed in the Republic of Molossia, for example) can sometimes be as ridiculous as their leaders’ uniforms, and Shapiro knows when to give his audience a moment to laugh.

It’s rare enough to find a standard-format documentary that’s genuinely funny, but How to Start Your Own Country is more than that. It’s also rather informative and, to the extent that its exploration of national identity in the face of those that refuse to grant recognition can apply to the individual in a social context, remarkably multifaceted and surprisingly profound.

At 72 minutes, this frills-free documentary isn’t long enough to bore you, but subject matter’s appeal is at the mercy of the audience’s personal tastes. If you think you might be even the slightest bit interested, give How to Start Your Own Country a shot. It has a lot of heart, and you have a lot to learn and nothing to lose.