TIFF Review: Holler is a Coming-of-Age Story Drawing from Wanda and Winter’s Bone 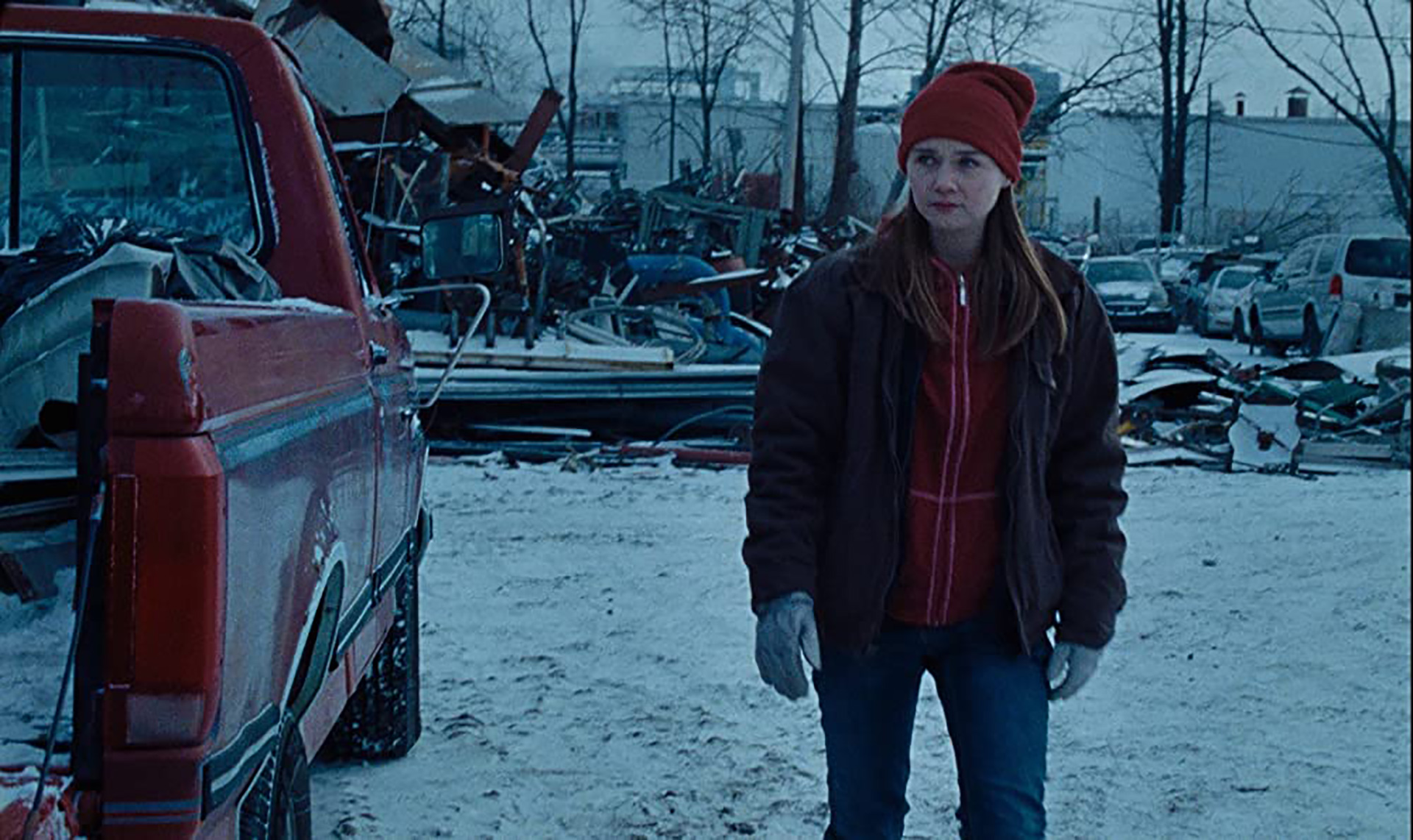 You can only hide so many eviction notices underneath the porch flowerpot before a bank official finds and tapes them all onto the front door. This is where we meet Ruth (Jessica Barden) and Blaze Avery (Gus Halper). What choice do they have, though? With their mother (Pamela Adlon’s Rhonda) in jail because of a refusal to go to rehab for a pain pill addiction and family friend Linda (Becky Ann Baker) already over-extending herself to help, these two siblings are waking up at dawn to sell soda cans for pennies at the local scrap heap owned by Hark (Austin Amelio). Blaze works nonstop to keep them from going hungry and Ruth misses so many classes that her high school teachers have given up on even considering college.

It’s a sobering realization that writer/director Nicole Riegel knows too well. The former Marine draws upon her own experience hearing a guidance counselor explain how other post-graduation avenues were more practical than advanced education to provide Ruth that same declaration. And it’s through no fault of theirs. Sometimes you’re just given a crappy hand and have to make the best of it. Between a derelict factory hometown hemorrhaging quality employment opportunities and a last name that carries burdensome preconceptions for everyone within a ten-mile radius, Ruth didn’t even have the confidence to send in her application. It was Blaze who did so in her name as the only proactive advocate she has. Once he realized escape was implausible for himself, he put his energy behind her infinite potential.

This is our welcome to Holler. For Riegel, it’s a homecoming thanks to her decision to return to the place she grew up in order to tell a tale of perseverance and tough love against the backdrop of a town well past its decline despite the radios and televisions playing Donald Trump’s empty promises of creating jobs. And for Ruth, it’s an awakening to realize what she can accomplish regardless of how many people tell her not to waste the effort. Barbara Loden’s Wanda may have inspired Riegel to try her hand at filmmaking, but it’s hard not to watch what happens on-screen without thinking about the story beats from Good Will Hunting filtered through the gritty realism of Debra Granik’s Winter’s Bone. The latter’s authenticity speaks volumes.

It’s a big reason for our investment in Ruth’s journey because it allows us to understand just how badly the odds are stacked. Her college acceptance letter is nothing but a piece of paper if she can’t afford tuition and their house is presently without running water because Blaze spent that seventy-five dollars sending in the application. They can collect cans twenty-four hours straight and still not earn enough to keep the utilities on, so listening to Hark’s proposal about illegally scrapping abandoned factories at night becomes a necessity. Successfully completing a couple runs so Blaze can no longer fold his wallet has them starting to feel invincible enough to tell Mom about their goal. A teacher crushing Ruth’s scholastic dreams means nothing after family does the same.

Riegel’s coming-of-age story is therefore rife with hardship and punctuated by moments devoid of good choices. Ruth steals books from the school to learn because her tardiness forced the school to cancel her library privileges. Blaze sacrifices his own goals in order to keep the family afloat with their mother seemingly doing everything she can to sabotage an early release. And while Ruth’s intelligence and ability to think bigger than Hark and his scrap team leads her to finding purpose in a dangerous job, what does that really mean? Should she just stay here and make money? Should she let her defenses be taken down by the much older Hark’s attention? The bottom is going to eventually drop and by then it might be too late.

We feel the futility of this reality with every exasperated sigh Blaze lets loose and defeated look that escapes Ruth’s usually stoic demeanor. The time has come where decisions must be made about the future. And since Rhonda and Blaze made theirs, it’s up to Ruth to muster the courage necessary to take a chance and reject the life she was born into. She can be more than her hometown. She can be more than her last name. That’s not to say the guilt inherent in doing so isn’t real, though. Accepting Blaze’s invitation to leave means that Ruth will be leaving him too. That’s where it becomes less about doubting her capabilities and more about letting down the person who never stopped putting her first.

At some point we need to accept those types of gifts, though. Blaze’s actions aren’t made as a begrudging sacrificial lamb. He has been and always will be Ruth’s biggest champion, so any sacrifice he does make is with open eyes and heroic intent. Halper is effective in the role because he allows enough frustration to creep out for his actions to prove altruistic. And Barden delivers a star-making performance as the one for whom he protects. The constant struggle between surviving as an Avery like all Averys have versus breaking the mold to elevate the possibilities of what an Avery can be is ever-present in her anger and disappointment. And if one factory layoff can impact the whole town, just imagine how inspirational her success will become.

Holler screened as part of TIFF Selects at the Toronto International Film Festival.