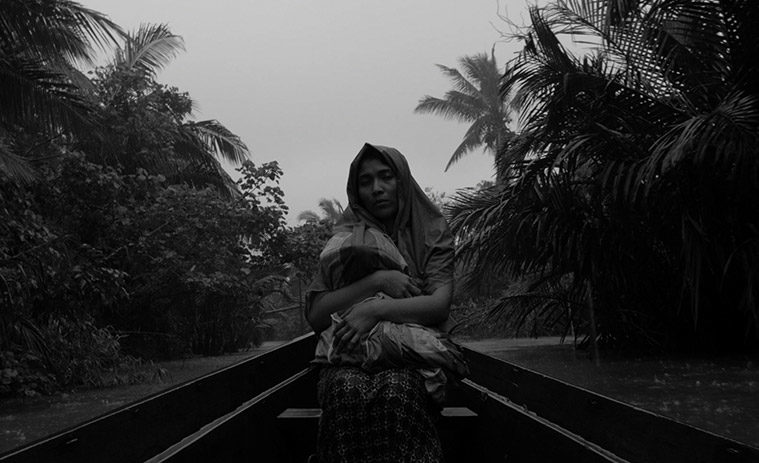 [TIFF Review] From What Is Before

Depending on your attitude, the 5-hour, 38-minute length of Lav Diaz’s From What Is Before might represent a handicap in its favor, or a demerit. A certain stripe of viewer will praise the film in lieu of wearing an “I survived From What Is Before and all I got was this…” t-shirt; another will compensate for the numbness it induces with hostility. Frankly, I can’t divest myself of either feeling, and this disclosure is imperative to discussing Diaz. Because unlike Shoah, Berlin Alexanderplatz, or any number of Jacques Rivette films, From What Its Before reflects its length in almost every facet of its production value and aesthetic, and watching any given minute would provide most prospective viewers with the impression that there are around 337 more where that came from.

From What Is Before purports to be about real events and people, the former stemming from the 1972 implementation of martial law by Philippines President Ferdinand Marcos. What we witness, however, is not so much the rise of fascism as the formation of conditions under which it thrived, beginning in 1970. Joselina (Karenina Haniel) is a mentally ill young woman purported to have healing powers, and her sister Itang (Hazel Orencio) shows ferocious determination both in caring for Joselina and goading her into acting as a shaman. Sito (Perry Dizon) struggles by turns to raise young Hakob (Reynan Abcede) and to hide the truth of how Hakob came to be in his care. Supporting characters like Tony (Roeder Camañag), a winemaker with a secret connection to Joselina, and Father Guido (Joel Saracho), who offers moral guidance while trafficking in his own lies, furthering the impression of a populace in moral flux. But the village’s transformation is witnessed most persuasively through Diaz’s illustration of environment. The architecture of the small village in which most of the film takes place is rather evenly split between open, closed, and semi-open huts and houses, and the notions of private and public space incrementally weaken throughout. The Blessed Rock, perched on a beach on the edge of the village, at first seems the sole venue for ritual practice outside of the village sphere, but this site, too, becomes entangled in the dramas and recriminations preceding the arrival of Marcos’s soldiers. The film’s images have a pleasing spatial breadth and integrity, situating ritual and the quotidian within an environment of equal weight. But Diaz’s direction of actors leaves something to be desired. A shot of Joselina laughing maniacally center-frame, while groups of onlookers and drummers gaze and play indifferently, at once illustrates Diaz’s biggest strength and weakness. The composition is masterfully balanced, but the static nature of each performance obviates the need for the take’s protracted length.

Given the film’s detailed examination of a physical environment, the lackluster sound design is a bit surprising. Ambient sound is distorted to resemble a 96 kpbs MP3 file. This quirk sometimes imbues the environment with apropos spookiness, as when hi-fi manic cries cut through lo-fi wind. In other instances, it’s distracting outright: a dying cow’s moans are so clearly a single stock sound effect played on repeat that, at my screening, they created some of the most uncomfortable nervous laughter you can imagine. I’m curious as to whether the film’s fans would defend this as an intentional artistic choice, or the result of financial necessity, if at all.

While the historical scope of From What Is Before is huge, its emotional palette is a bit limited. As an avowed Jeanne Dielman fan, I don’t object to prolonged banality, but I confess that Diaz loses points with me for reveling at such length in Joselina’s tortured gesticulations, a mother’s tortured grief, a horrific act of sexual abuse or in the gang of fascists cartoonishly sneering and brandishing their weapons. Diaz’s one-size-fits-all aesthetic has the unfortunate effect of drawing out the unendurably sadistic as if it concealed some hidden truth. But his cinema is the medium’s equivalent of a post-rock dirge: one must enter willing to surrender to it.

From What Is Before screened at TIFF. See our complete coverage below.