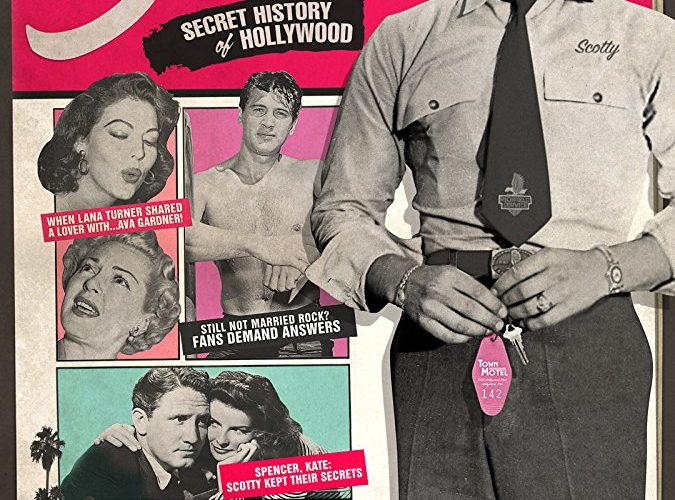 TIFF Review: Cinematic Sexcapades are Fascinatingly Explored in ‘Scotty and the Secret History of Hollywood’

If the phrase “tell-all” hadn’t been coined before 2012, Scotty Bowers’ memoir Full Service: My Adventures in Hollywood and the Secret Sex Lives of the Stars would have done the job. Here’s a Marine Corps veteran of World War II born in Illinois who decided to land in Hollywood upon his return on a whim. He answered a “wanted” advertisement to work at a gas station, was hit on sexually by Walter Pidgeon while pumping gas, and realized he could use this well-trafficked locale to help pair off closeted male movie stars with young hustlers like himself for twenty bucks a pop. From there he met Cary Grant and Spencer Tracy, had a threesome with Lana Turner and Ava Gardner, and eventually spilled the beans about it all.

The book was an overnight sensation with ardent fans and vehement detractors alike. Was it his right to air so much dirty laundry? He’d say it wasn’t dirty nor laundry since everyone knew who was doing what gender and where back in the day. He was a gatekeeper of happiness during an era of “morals clauses” preventing movie stars from embracing their true identities. Only in the years since were reputations built to support a lie of “wholesome” heterosexuality. Bowers doesn’t owe them more than what he’s already given: confidential service at a time of need and an escape from career-ending scandal. One could argue these candid revelations post-mortem are actually a way to honor their legacies as human beings above the sanitized commodities Hollywood manufactured them into.

This is why director Matt Tyrnauer couldn’t have found a better soundbite to use at the beginning of his documentary about Bowers entitled Scotty and the Secret History of Hollywood. It’s delivered by openly gay actor/comedian Stephen Fry who says, “He’s revealing that these people are real.” That’s a powerful sentiment because anyone who accuses Bowers of ruining the lives of these people’s descendants with the truth is only proving their personal prejudices. To find out your grandfather was gay isn’t a mark of shame. And if for some reason that granddaughter or grandson believes it is, there will be hundreds of strangers who see it as a point of pride and an example to tell themselves they aren’t alone. Bowers’ recollections could very well be saving lives.

And for those wondering if we can believe anything he says, Tyrnauer’s access should go a long way towards setting the record straight. Not only does he film Bowers at multiple houses—one willed to him by former lover and cult actor Beach Dickerson—and at parties to contextualize just how large a figure he is, the filmmaker also captures many of his old gas station’s “attendants” looking directly into the camera to admit every word as true. Someone without a Hollywood credit to his name before 2015 (according to IMDb) doesn’t earn that sort of clout or notoriety from nowhere. And nothing he’s done since those days before the AIDS epidemic forced him to stop reveals he was anything but loving and loyal to every name named.

As a result, this film becomes a crucial complement to the book for no other reason than putting a face to the stories. But that’s not its only value either. Tyrnauer’s work is also a resonant and funny portrait of a large-than-life character delving into his unorthodox psychology in order to understand his motivations. Calling Bowers a “pimp” is reductive, a “prostitute” lazy. As we learn through interviews with him and those he worked alongside, Scotty never took a profit he didn’t earn himself. He didn’t raise his prices to extort the rich nor capitalized on the reality that he had the power to ruin a lot of good people despite being approached to do so. Money changed hands, but more than sex went the other way.

Relationships were formed that Bowers recalls fondly. He chokes up when talking about certain people who died and works very hard to explain the complexities as far as why those friendships needed to remain off-the-books. But Tyrnauer also unearths memories that call into question Bowers’ motivations. No matter how persistently Scotty says his sex life at age eleven was positive and his to own, the concept of statutory rape and abuse isn’t one to be dismissed so lightly. Credit Tyrnauer for pressing the issue a bit to see if Bowers could comprehend the damage those experiences might have done. And give him more for knowing when to stop. It’s a necessary truth towards understanding this man, but neither the director nor us is a psychologist.

Those are the moments that make Scotty such a captivating piece. They show the journalist in Tyrnauer rising above the filmmaker in order to craft a well-rounded story that moves beyond archival footage and away from caricature. Not once in this film do we think he has nothing but respect for his subject and the simple fact that Bowers lets him shoot evidence of compulsive hoarding behavior proves Scotty feels that respect too. It’s this level of comfort that lets Bowers’ personality shine brighter than his actions ever could. The train-wreck desire to hear about the sordid affairs of Charles Laughton and Katherine Hepburn may grab your attention, but Bowers himself is the person you ultimately leave knowing. These crazy escapades shaped his life, but his identity transcends them.

The film’s success is therefore due to Tyrnauer leaving the memoir as a jumping off point. This isn’t an adaptation set to photography and film clips of the actors he talks about. A lot of that is included, but interviews with Peter Bart, Robert Hofler, and William Mann provide a historical framework alongside Fry, Bowers, and Bowers’ wife Lois providing necessary human context. It’s not about what Scotty knows, but who he was and remains with an infectious smile on his face and an oft-uttered “Baby.” Tyrnauer captures this figure with empathy, humor, and as much fascination as we too possess watching. At the end of the day Bowers’ list of clientele is far less captivating than the fact each member loved and trusted him as an equal.

Scotty and the Secret History of Hollywood premiered at the Toronto International Film Festival and opens on July 27.