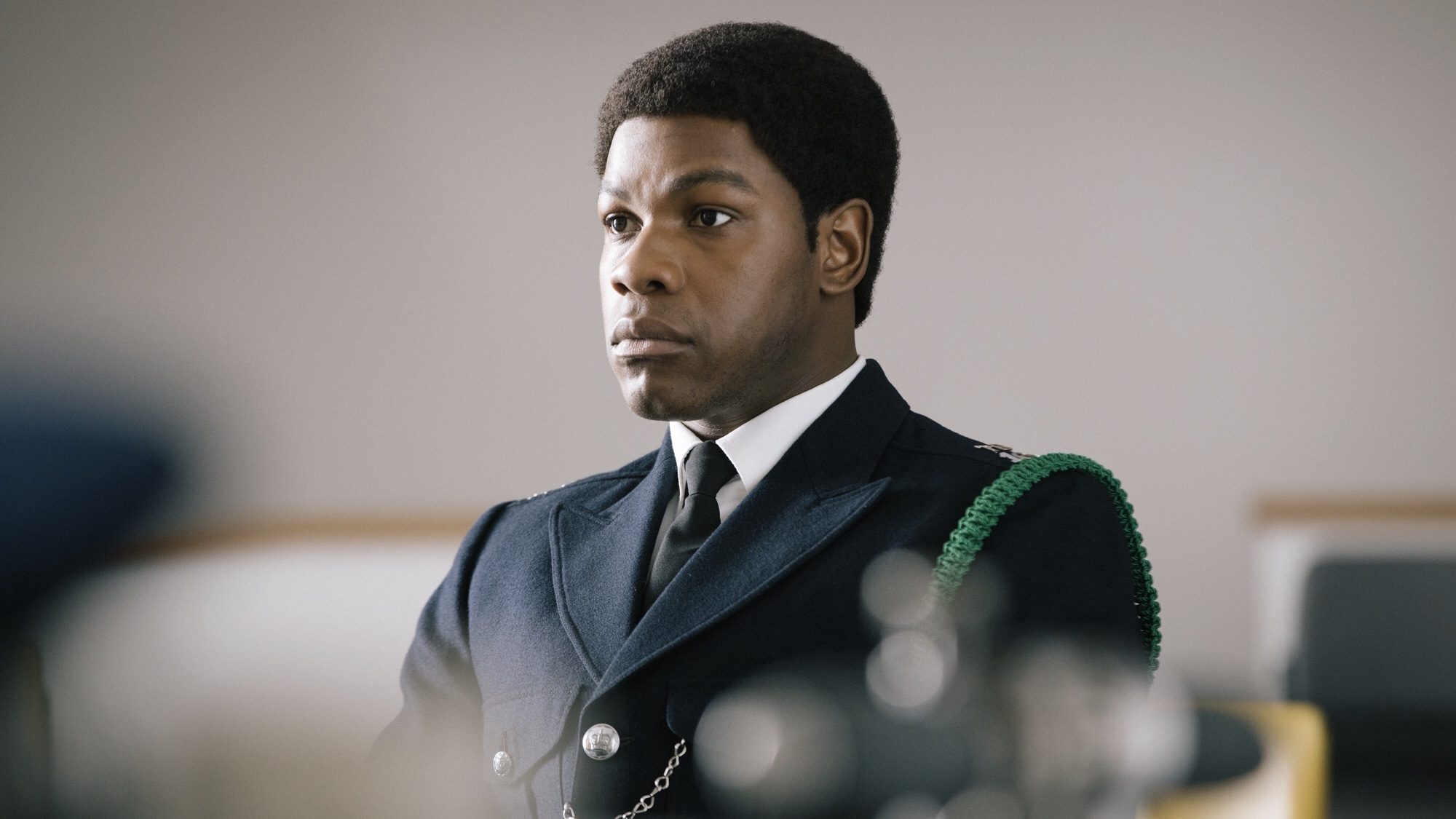 Following his crime thriller Widows, Steve McQueen is returning this year with a project of great ambition and scope. Small Axe, an anthology series from BBC and Amazon Prime Video, is made up of five new feature films, each one directed and co-written by the 12 Years a Slave helmer. While it was revealed that two of the films were originally set to premiere as part of the Cannes Film Festival 2020 lineup, it’s now been announced where they will make their world premieres, along with another film in the anthology.

Film at Lincoln Center’s New York Film Festival has unveiled that one of the films in the anthology, Lovers Rock (pictured below), will be the Opening Night film of the 58th edition, while two others––Mangrove and Red, White and Blue (pictured above)––will premiere in the festival’s Main Slate. Set from the late 1960s to the mid-1980s, the films each tell a different story involving London’s West Indian community, whose lives have been shaped by their own force of will despite rampant racism and discrimination.

Mangrove is the true story of the Mangrove 9, a group of Black activists who clashed with London police during a protest march in 1970, and the highly publicized trial that followed. The trial was the first judicial acknowledgment of behavior motivated by racial hatred within the Metropolitan Police. Letitia Wright (Black Panther), Shaun Parkes (Lost in Space), and Malachi Kirby (Curfew) star alongside Rochenda Sandall (Line of Duty), Jack Lowden (The Long Song), Sam Spruell (Snow White and the Huntsmen), Gershwyn Eustache Jnr (The Gentlemen), Nathaniel Martello-White (Collateral), Richie Campbell (Liar), Jumayn Hunter (Les Misérables), and Gary Beadle (Summer of Rockets). Mangrove was co-written by Alastair Siddons and Steve McQueen.

Red, White and Blue spotlights the true story of Leroy Logan, who saw his father assaulted by two policemen, motivating him to join the Metropolitan Police and change their racist attitudes from within. John Boyega (Star Wars: The Force Awakens) and Steve Toussaint (Prince of Persia) star with talented newcomers Tyrone Huntley, Nathan Vidal and Jaden Oshenye. Red, White and Blue was co-written by Courttia Newland and Steve McQueen.

The other two films in the anthology are titled Alex Wheatle and Education. Small Axe will premiere on BBC One later this year and air on Amazon Prime Video in the US. The films from this series, which takes it name from a quote from Bob Marley’s 1973 album Burnin’, have also been dedicated to George Floyd. McQueen says, “I dedicate these films to George Floyd and all the other black people that have been murdered, seen or unseen, because of who they are, in the U.S., U.K. and elsewhere.” Mentioning the Marley quote, he adds, “‘If you are the big tree, we are the small axe.’ Black Lives Matter.”

“It’s an incredible honor and also very humbling to show three of my films at the New York Film Festival. It’s especially meaningful for me at this particular time to share these stories as a Black man of West Indian heritage. I’m grateful to the NYFF for their generosity and wish everyone a safe and healthy festival,” said Steve McQueen.

“Steve McQueen is one of the essential artists of our time, and he reaches a new level of mastery with the Small Axe films,” said New York Film Festival Director of Programming Dennis Lim. “These are works of historical drama that speak powerfully and urgently to our present moment of reckoning over police brutality and systemic racism. They tell stories of outward struggle and inner conflict but also of everyday joy. We can’t wait to share these revelatory films with audiences, and to open the festival with Lovers Rock, a celebration of Black lives as exhilarating as it is liberating.”